The crash happened on Route 5 at the intersection of Manning Road. 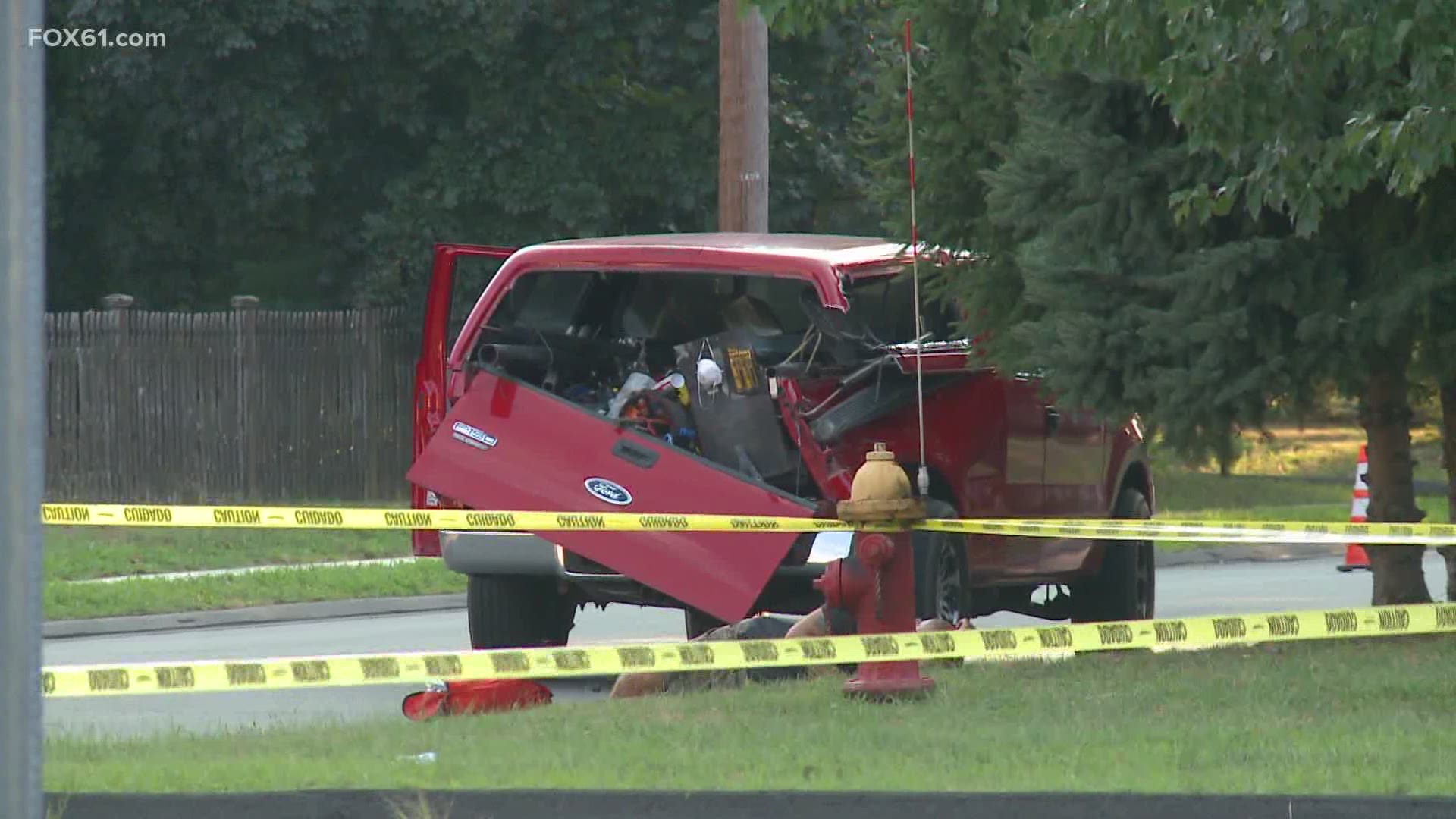 The crash happened on Route 5 at the intersection of Manning Road just before 6 p.m.

Witnesses tell FOX61 a Ford F-150 pickup truck was turning when the motorcycle slammed into the back and then burst into flames.

The driver of the motorcycle was identified as 28-year-old Joel Rapalo Jr. He was taken to Baystate Medical Center and where he was pronounced dead.

Police have not confirmed if Joel Rapalo JR, (64) suffered any injuries.

The crash remains under investigation and anyone who has any information is asked to call Officer Nisyrios at 860-763-6400 ext.1359.

Enfield Police and Manchester Police are investigating a motorcycle crash on Enfield St. Witnesses say a truck was turning when the bike slammed into the back. It then burst into flames. pic.twitter.com/iQ6zK4uCHR