Story by Elizabeth Perkin BRISTOL — Joe Lumpp, a Virginia man, is traveling all across the country for a very special reason. Lumpp lost his wife to ovari... 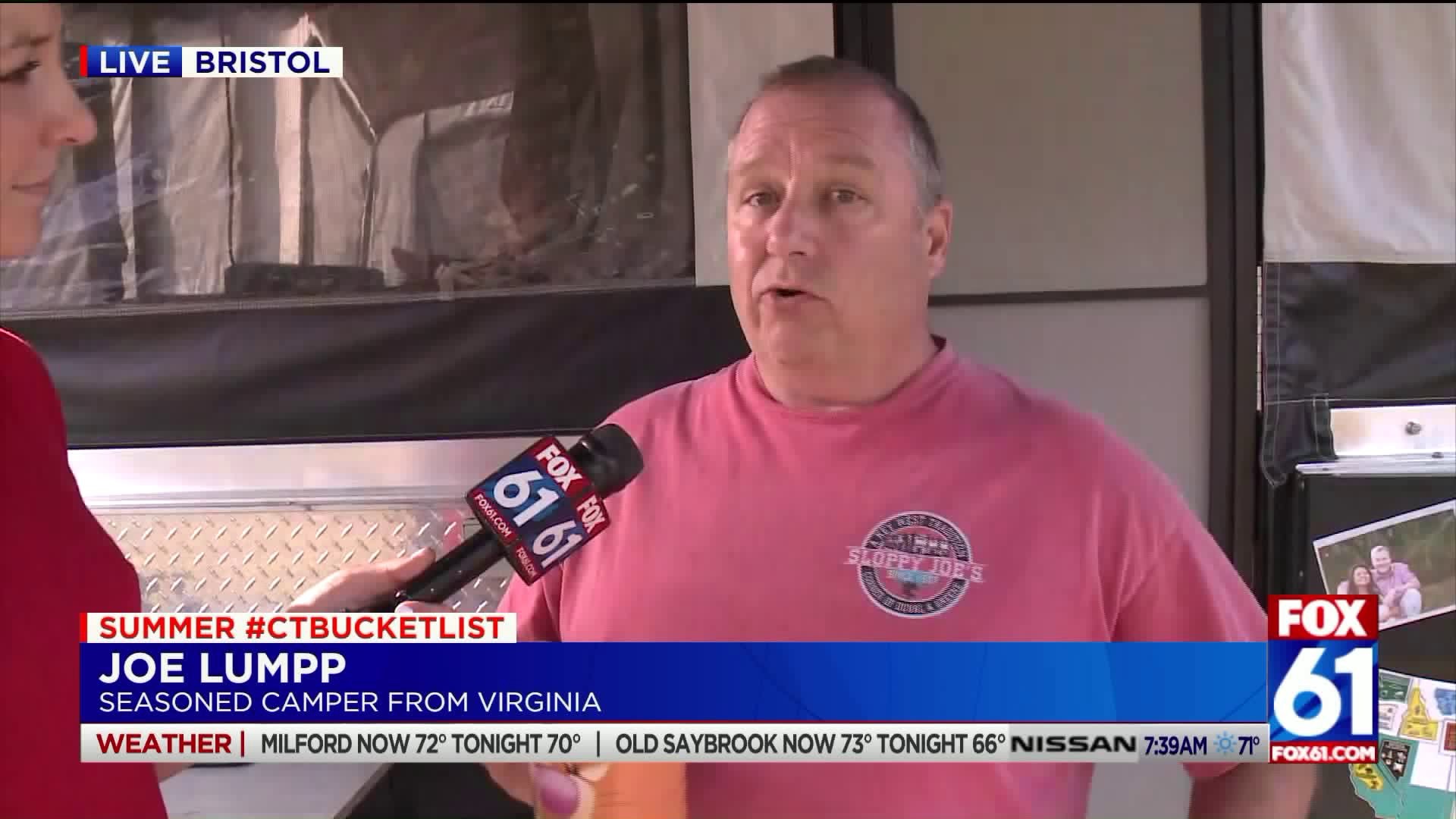 BRISTOL -- Joe Lumpp, a Virginia man, is traveling all across the country for a very special reason.

Lumpp lost his wife to ovarian cancer last May. Before she passed away the couple created a bucket list, where they would visit all 50 states.

Lumpp said, “She wanted to see all 50 states, as a couple we were able to see 23 together.” He is visiting the remaining 27 states by himself as a tribute to her.

He stopped here in Connecticut at Bear Creek Campground at Lake Compounce to check another state of their bucket list.

Lumpp has met some great people and seen some amazing places along his journey. He said, “Every state that I go to I meet at least 1 to 2 people that I have stayed in contact with.”

He says RVing is not like a hotel room where you are all cooped up. It gives him the opportunity to be outside and see the area, while meeting others.

On the door to his RV he has his wife’s hand written bucket list along with a map of the United States, where he has checked off all the ones he has been to so far.

Lumpp even has a saying written on his RV to know that his wife is always with him. On the front of the trailer it says, “Have an adventure. Make memories. I love you.” It is written backwards so he can see it in his rear view mirror as he is driving and knows she is always right there with him.

He said to those who keep saying that you will do something on your bucket list later, not to wait. “Do it. Get it done now. You can’t take it with you,” Lumpp said.

He has five states left to visit. Connecticut is one of his last stops. He hopes to complete this bucket list by the end of August.