HARTFORD — Millions of Americans will be driving to their 4th of July destinations, the worst of the traffic expected to happen Wednesday evening. America... 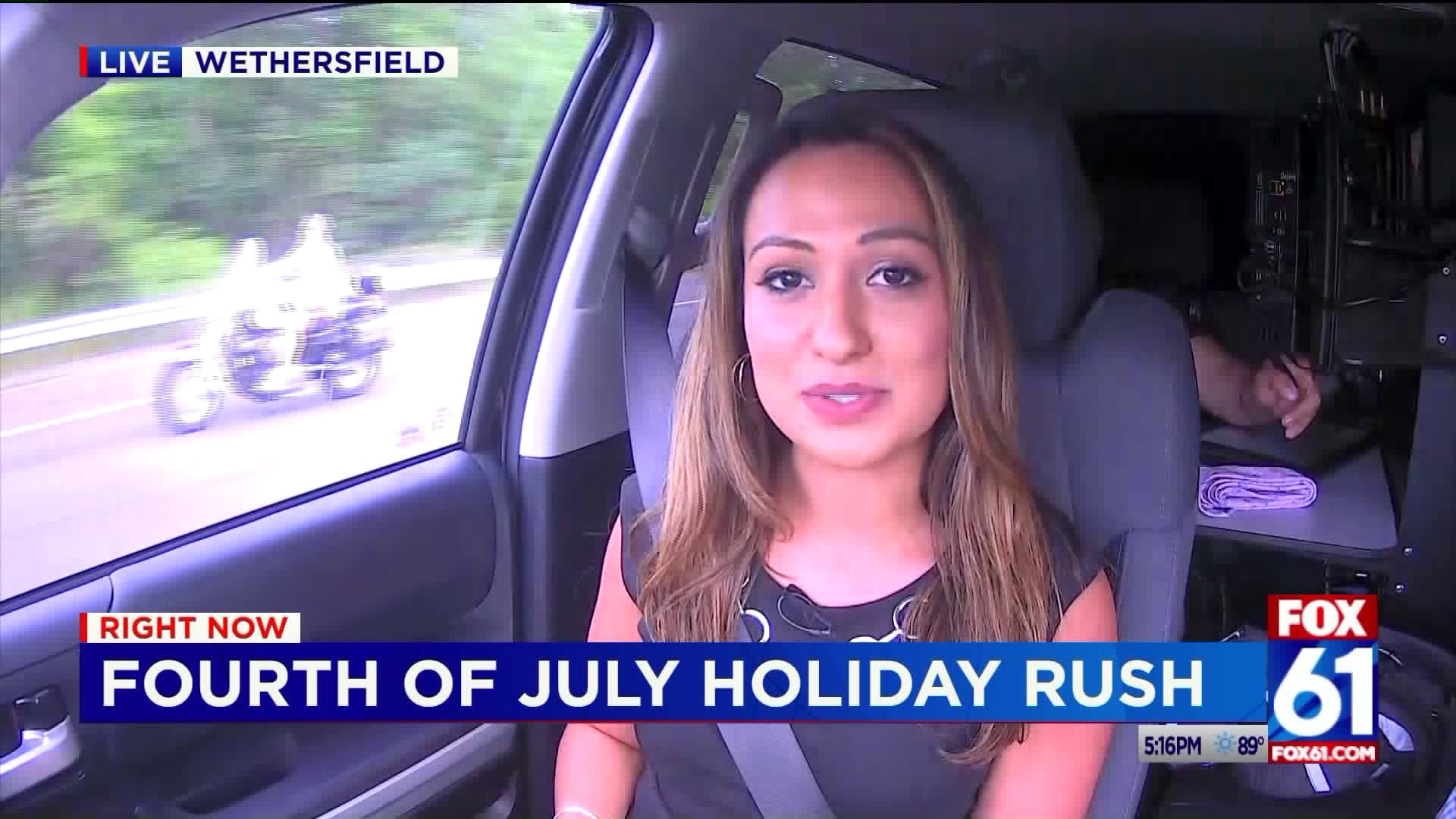 HARTFORD -- Millions of Americans will be driving to their 4th of July destinations, the worst of the traffic expected to happen Wednesday evening.

America's birthday brings celebrations and with those celebrations comes an increased police presence. As you head to your holiday destination, you'll have some company.

State police are out on the roads cracking down on anyone driving impaired, distracted or speeding.

"The weather's nice, people are driving with their windows down, the music is up, they're talking on the phone texting. All of those things are distracting and will cause more accidents, so there will be a large focus on the distracted driving,"  Connecticut State Trooper Michael Prescott explained.

"Also, now with people using their phones as GPS's -- using a phone as a GPS is fine as long as you have it in a holder or some other hands free device." said

FOX61 hit the roads with Trooper Prescott, including to I-84 and I-384 in Manchester and within minutes we saw several offences -- hanging lanes without a signal and speeding, just to name a few.

Driving responsibly not only helps you avoid a pricey ticket, it also helps out your fellow drivers; like Austin Doughty who just made the trip from Chicago to Connecticut.

"More really aggressive people change lanes really quickly with no signals, so it gets a little dangerous sometimes when you're trying to stay in your lane," Austin Doughty said.

State police are also reminding drivers to bring your patience, as Wednesday night, Friday and Sunday are expected to be the busiest travel days.

If you plan on drinking, do the responsible thing and find a designated driver.

On top of that increased presence you can also expect to see DIU checkpoints happening throughout the state over the next few days.