NEW HAVEN — Spotty internet service, dropped calls, and dead zones could soon be a thing of the past under Governor Ned Lamont’s CT2030 Transportation Pla... 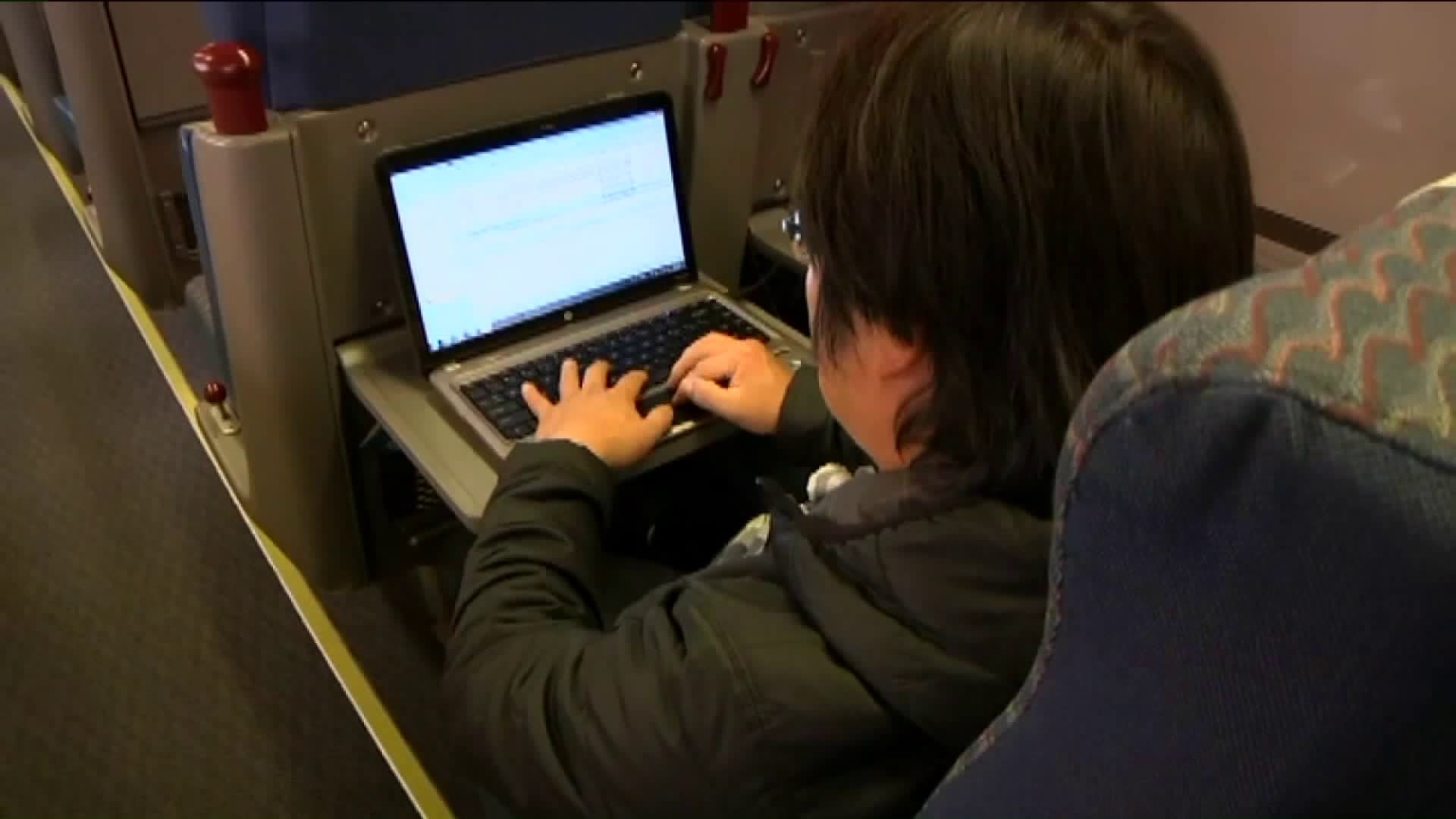 NEW HAVEN -- Spotty internet service, dropped calls, and dead zones could soon be a thing of the past under Governor Ned Lamont’s CT2030 Transportation Plan.

"Within a year, they will have 4G service, no blackouts along the way and then hopefully within a couple of years 5G," said Governor Lamont.

Willa Miller takes the train from Boston to New Haven and told FOX 61, "I think it’s a great idea. I use the train to work and catch up on all the backlogged emails and that kind of thing.”

Tony Hardy commutes from Bridgeport to Northford and said, "My commute is two hours, so I use this time to put my weekend radio shows together."

Earlier this year, the governor created a 5G council that includes the Department of Transportation and major cellular carriers.

The council is tasked with making 4 and 5G more accessible across the state. CTDOT says they are still working on logistics and figuring out how much it would cost to carry out a project like this.

"I don’t think we are ready to talk about it. We are still in negotiations." said the DOT Commissioner Joseph Giulietti.