Beijing records lowest temperatures in half a century

Thermometers showed minus 3.3 degrees in the Chinese capital. 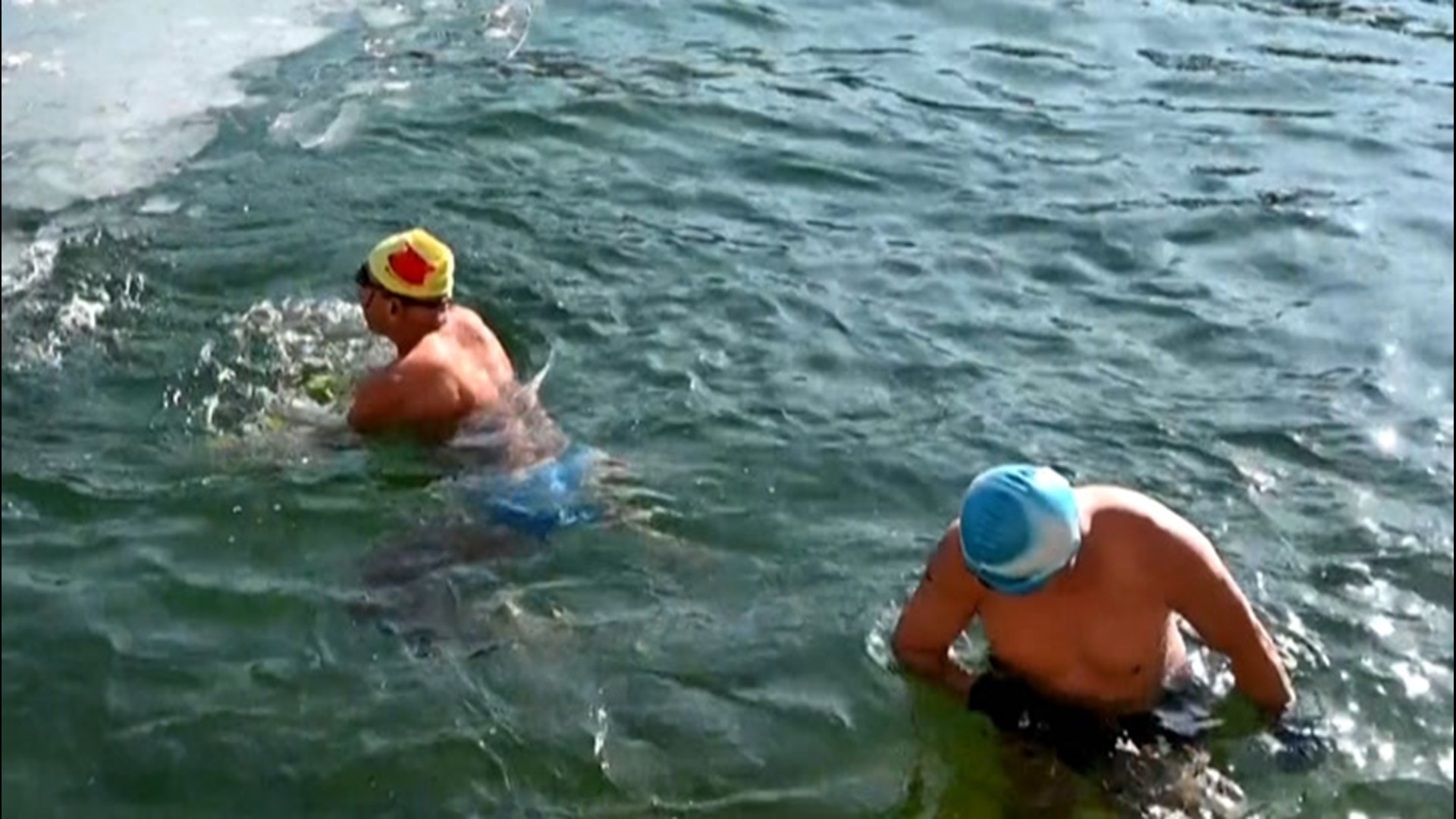 Bitterly cold air swept across the Chinese capital of Beijing Wednesday night into Thursday morning, sending temperatures to their lowest level in decades.

People on the streets of Beijing could be seen bundled up in heavy winter jackets as they walked along city streets while also wearing face masks to guard against the spread of the novel coronavirus.

According to AFP, residents took to the internet to complain about the unusual cold using one hashtag that read "How cold is this winter?" on the social media platform Weibo.

Despite the subfreezing conditions, a group of daring swimmers still managed to find time for an outdoor swim on Wednesday.

It is not unusual for rounds of cold air to sink south across China during the winter months. When the polar vortex, typically situated around the North Pole, weakens, it can send pockets of colder air southward over Russia. Areas of high pressure can help to bring this air even farther south into eastern Asia.

This phenomenon can also bring Arctic air into Canada and the United States.

Nearly a month ago, another round of frosty air plunged into eastern Asia. Beijing recorded low temperatures of 13 F (minus 11 C) on Dec. 14-15. The normal low temperature in December is 20 F (7 below zero C).

As this cold air spread south into China, it also pushed east across Japan, creating sea-effect snow across the Sea of Japan.

From Dec. 16-18, heavy snowfall blanketed the northern coast of Japan. The bulk of the heaviest snow was focused on Niigata and Gunma prefectures, where about 6.6 feet (2 m) of snow accumulated over three days.

About 1,000 people were stranded in their cars on an expressway that connects Niigata to Tokyo after the snow made the road impassable, said the Guardian. Members of the self-defense forces were called in to provide food, blankets and fuel to motorists forced to spend the night in their cars.

Around 10,000 households along the northern coast reported power outages with this event.

Frigid air and rounds of snow are forecast to continue across eastern Asia in the coming days as temperatures remain below normal for the time of year and another round of sea-effect snow showers arrives in Japan.