What weather can you expect for July 4th travel?

Thunderstorms are likely to be the biggest weather troublemaker for people hitting the road July 4 weekend. 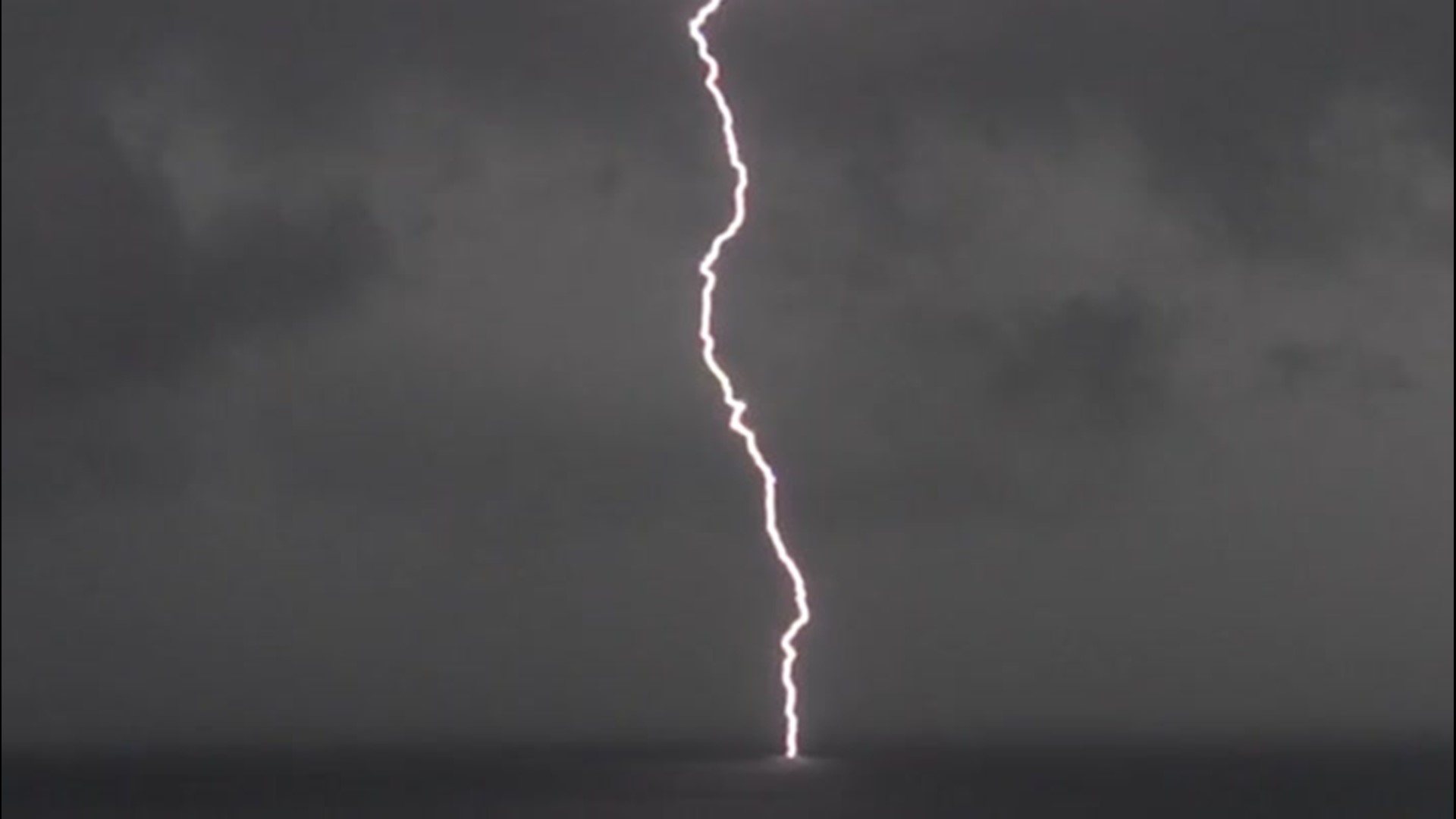 As millions more Americans begin to travel for the Independence Day holiday, thunderstorms are likely to be the biggest weather troublemaker for people hitting the road.

People are being cautious with travel this summer though due to the pandemic, according to the American Automobile Association (AAA). Not only is the total travel volume expected to be slightly down this summer, but the mode and type of vacation favored by Americans are changing due to fears over virus spread. Road trips are predicted to account for 97% of travel from July through September, AAA reported, and people are taking more last-minute vacations as they wait and see what unfolds with the new coronavirus.

"Americans will take 683 million road trips from July 1 - September 30," AAA projected for the summer of 2020. The figure is down about 15% from last summer. AAA did not release its official July Fourth travel forecast for this year.

The weather over much of the nation around Independence Day typically cooperates for short- and long-distance travel, and this year will follow suit for most places. However, forecasters warned that travelers in a few regions should keep a watchful eye on the weather with changeable conditions likely.

The weather in the coming days will be fairly typical for early July, which is prime time for pop-up thunderstorms due to the strong sun and long days this time of the year as well as moderate to high humidity levels.

Any little ripple in the atmosphere can trigger thunderstorm activity with downpours and locally gusty winds, most of which could erupt during the mid-afternoon to the mid-evening hours.

The most widespread showers and thunderstorms are predicted to ignite across the area from the Mississippi Delta region to the southern Atlantic coast in the days leading up to the holiday and through July Fourth weekend.

"The area of greatest concern for multiple torrential downpours and isolated strong wind gusts late this week will focus along the Interstate 10 and 20 corridors from Louisiana to northern Florida, Georgia and South Carolina," AccuWeather Meteorologist Courtney Travis said.

The storms can periodically trigger airline delays at one of the busiest airports in the world, Atlanta, for those who are planning to travel by air.

Whenever thunderstorms erupt in the vicinity of or approach airports, flights may be re-routed or delayed for safety. This is primarily due to the potential for dangerous changing wind conditions, known as wind shear. Strong, sudden tail winds can be especially hazardous for aircraft that are taking off or preparing to land as critical airspeed must be maintained to avoid a stall.

"A scattering of mainly afternoon and evening thunderstorms is anticipated over the Great Plains, the Tennessee Valley and coastal Northeast," Travis said. "But, even in these more routine thunderstorms, small complexes can evolve and affect a more broad area."

As some areas face temporary disruptions due to stormy weather, other Americans that have been enduring frequent wet weather should experience a pattern change in time for holiday travel.

"Downpours and thunderstorms that have frequented parts of the northern Plains, the middle Mississippi and Tennessee valleys and New England should tend to disperse later this week, with a few exceptions," said Isaac Longley, AccuWeather forecaster.

"Travel conditions should improve in these rain-soaked areas on Thursday and Friday, when compared to Monday and Tuesday of this week," Longley added.

During July, any garden variety thunderstorm has the potential to briefly pulse and produce highly isolated severe weather conditions with strong wind gusts, flash flooding and frequent lightning strikes as well as hail.

Most of the western United States will be dry, except for spotty late-day thunderstorms that may be limited to the ridges and peaks from late this week to this weekend. The greatest threats from these highly rural thunderstorms will be for isolated flash flooding and lightning strikes that could ignite new wildfires.

Occasional smoke from existing wildfires could also reduce visibility for motorists, especially those traveling along portions of I-10, I-15 and I-40 in the Western states into the holiday weekend.

For those seeking time in nature this holiday weekend, forecasters warn that lightning could pose a serious threat for hikers in the West. Usually the safest time for trip on foot over the mountains is during the morning hours, when there is a minimum of thunderstorm activity. Storms can erupt in a matter of minutes during the afternoon hours.

Before taking a road trip, motorists are urged to ensure that their vehicle can handle the rigors of summer driving, including doing a check on coolant level and tire pressure. Improperly inflated tires can easily overheat and blow out, and pavement and tire temperatures can climb dozens of degrees Fahrenheit higher than the surrounding air temperature on a sunny day during the late-morning and afternoon hours.