Footage of a forking electric discharge was captured on Saturday by pilots of a Hurricane Hunter. 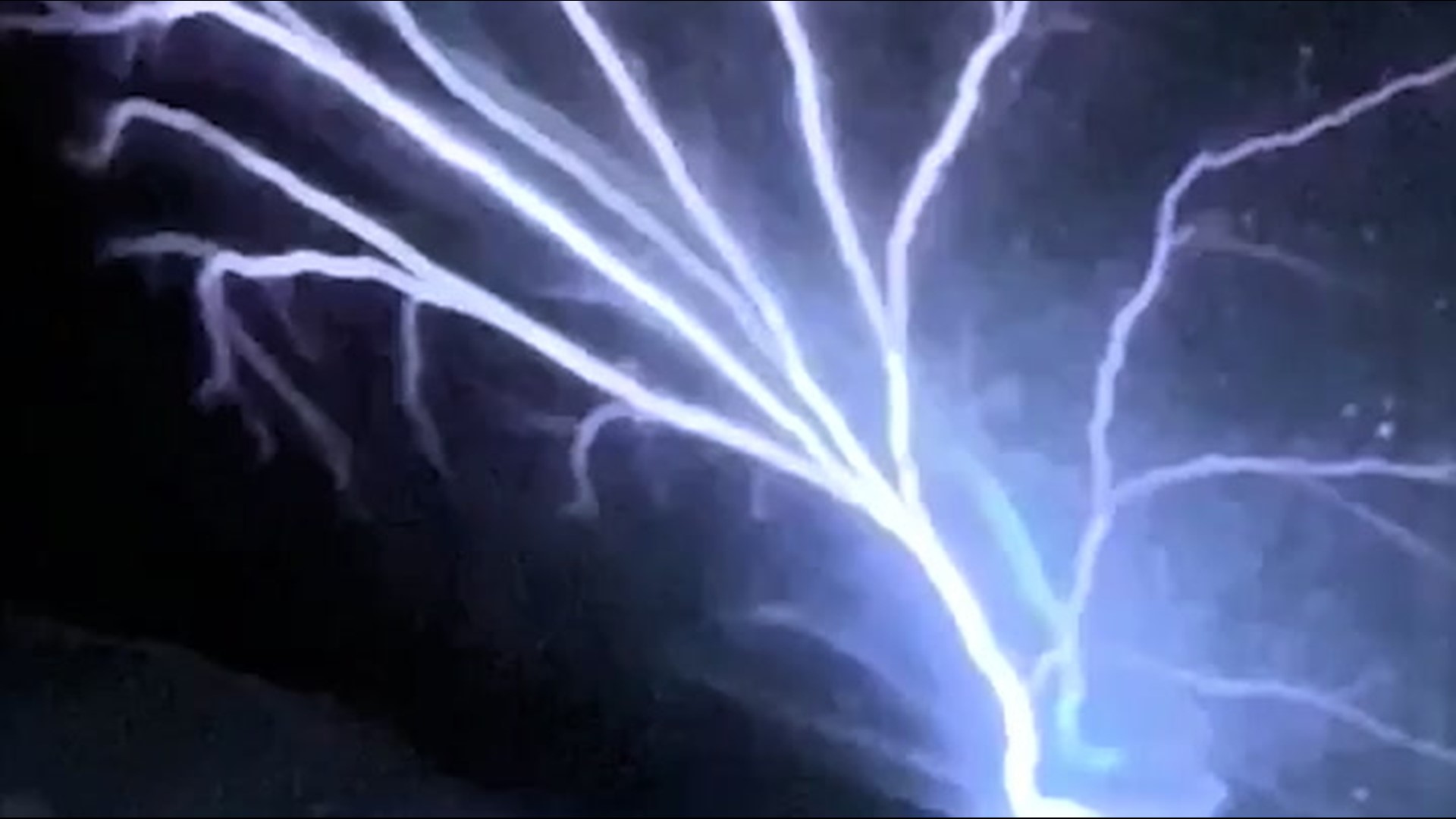 An experienced hurricane hunting crew chasing a winter storm came across a far different discovery this past weekend. In what is know as St. Elmo's fire, footage of the forking electric discharge was captured on Saturday by pilots as the spectacle flashed throughout the cockpit.

The video, captured by the National Oceanic and Atmospheric Administration (NOAA) Aircraft Operations Center (AOC), was taken as pilots flew across the Atlantic Ocean amid thunderstorms. NOAA deployed the hunters to support a project analyzing ocean surface winds in winter storms over the North Atlantic.

The flight took place as Storm Dennis chugged along in the North Atlantic approaching Ireland and the United Kingdom.

While frightening and shocking on camera, AccuWeather Senior Meteorologist Dave Samuhel said the actual charge from the weather phenomenon is harmless, especially for those surrounded by the metal shell of the aircraft.

"St. Elmo's fire is a phenomena that has occurred throughout human history. Before it was reported on planes, it happened on ships in the open ocean," Samuhel said. "It happens when the charge of an object is much different than the charge of the air. Unlike lightning when huge bolts of electricity jump across a large distance from one charge to another, St. Elmo's fire happens on a very small scale."

Named after St. Erasmus of Formia, the patron saint of sailors, reports of St. Elmo's fire trace back thousands of years to ancient Greece and tales of the marvel were consistently shared by ship fleets.

St. Elmo's fire differs from lightning in that it is simply a glow of electrons in the air, whereas lightning is the movement of electricity from a charged cloud to the ground. In a thunderstorm, where the surrounding environment is electrically charged, the phenomenon is sparked when a charged object, such as a ship mast or airplane nose, causes a dramatic difference in charge, emitting a visual discharge. It can most simply be compared to a continuous spark.

"The point of the nose of an aircraft gives electricity an easy path to flow, as does the mast of the ship," Samuhel said. "These locations are where St. Elmo's fire is most common."

In historical recounts of St. Elmo's fire, writers such as Julius Caesar and Charles Darwin depict the instances as a steady glow.

"Everything is in flames: the sky with lightning, the water with luminous particles and even the very masts are pointed with a blue flame," Darwin wrote while aboard the Beagle as he traveled across the Atlantic.

For experienced pilots like the Hurricane Hunters, the light show in front of them likely wouldn't have induced any fear or panic, although the event could be a sign of stormy weather ahead.

"It lasted about three minutes," explained Maria Ines Rubio, a flight attendant who witnessed the phenomenon in 2017, to The Washington Post. "I wasn't nervous, because it a rather normal occurrence when you get into a strong enough storm."

The phenomenon, also known as a corona discharge, is "commonly observed on the periphery of propellers and along the wing tips, windshield, and nose of aircraft flying in dry snow, in ice crystals, or near thunderstorms," according to the Encyclopedia Britannica.