Arctic air in Northeast, Upper Midwest to be accompanied by spotty snow

A small dose of Arctic air will be turned loose on the northeastern United States and part of the Midwest. 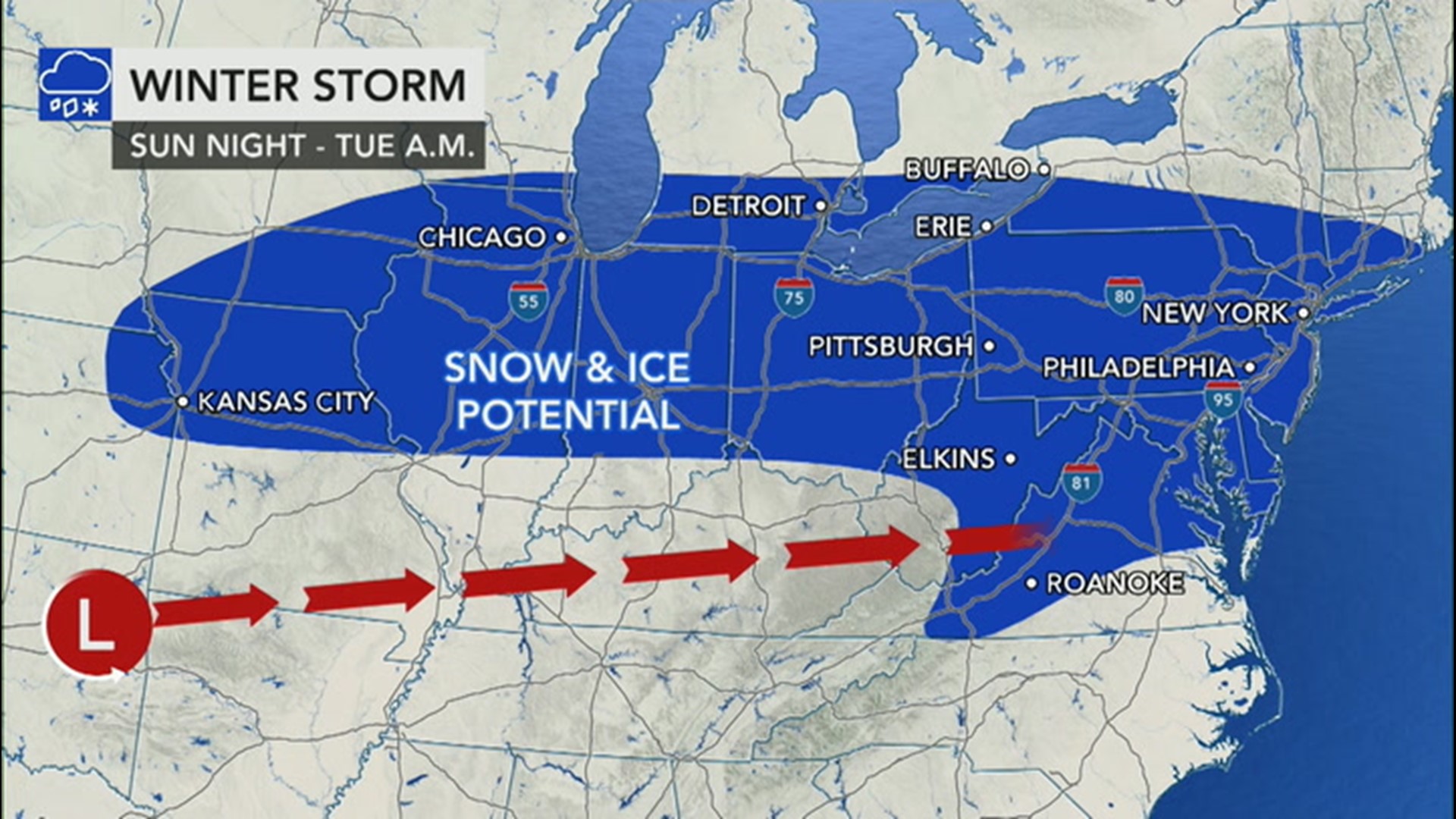 As a tiny piece of the polar vortex spins across southern Canada, forecasters say that a small dose of Arctic air will be turned loose on the northeastern United States and part of the Midwest into the weekend and will continue to produce barrages of lake-effect snow and snow showers in the region.

"The air forecast to flow across part of the Upper Midwest and into the Northeast into this weekend is Arctic air, not the hyperborean frigid conditions that can sometimes occur when the air flows across the North Pole from Siberia," AccuWeather Senior Long-Range Meteorologist Dave Samuhel said.

As cold air advances, blustery conditions will prevail from the Great Lakes region through much of the Northeast into Saturday.

"This Arctic air will be modified by the largely unfrozen waters of the Great Lakes, where the air will gain not only a small amount of warmth from the waters but also some moisture," AccuWeather Senior Meteorologist Alex Sosnowski said.

"This moisture will produce bands of lake-effect snow, and the air will be cold enough to allow some break-off snow showers to extend well away from the Great Lakes with some potentially reaching parts of the mid-Atlantic and New England coasts into Friday night," Sosnowski added.

Intertwined in the colder weather pattern and lake effect will be weak and fast-moving storms that will swing from the northern Plains of the United States and southern Canadian Prairies to southeastern Canada and the northeastern U.S.

As the fast-moving, Alberta clipper-style storm moves over the generally ice-free Great Lakes, heavy bursts of snow and snow squalls are anticipated in New England, and some squalls could reach the coast in cities like Boston and Providence, Rhode Island, into Thursday night.

This storm is then forecast to continue eastward into the Canadian province of Quebec. As it tracks to the east, a cold west to northwest wind will set up over the Great Lakes by Friday. The system will be able to tap the open waters of the Great Lakes and send snow showers as far south as the mid-Atlantic.

AccuWeather meteorologists say that a few heavy snow showers and squalls could track all the way to the I-95 corridor and even some East Coast beaches. Residents in cities like New York City and Philadelphia could see snowflakes flying Friday and Friday night.

"The snow showers and heavier snow squalls can cause trouble on highways in parts of the Great Lakes, central Appalachians and even the coastal areas of the Northeast," Sosnowski said.

As these heavy snow showers, flurries and snow squalls move across the Northeast on Friday, motorists should exercise caution as visibility can be greatly reduced due to blowing and drifting snow. For example, on Wednesday, Jan. 20, portions of Interstate 81 were closed on Wednesday morning near Hazleton, Pennsylvania, due to a multi-vehicle crash after a snow squall moved through and brought near white-out conditions to northeastern Pennsylvania.

As snow showers move across interior portions of the Northeast on Friday, a quick coating to an inch of snow is likely to cause slippery conditions on sidewalks and roadways. Where persistent lake-effect snow showers set up, areas could pick up 1-3 inches of snow, but these snow totals will be localized and mainly in locations close to the Great Lakes.

As this quick-moving storm moves into Atlantic Canada by Friday night, the stage will be set for cold, Arctic air to settle across parts of the Midwest and Northeast.

On Friday, high temperatures will range from 8 in International Falls, Minnesota and 15 in Minneapolis, Minnesota, to 22 in Chicago and 27 in Detroit. As this pocket of cold air moves east this weekend, high temperatures on Saturday will range from 17 in Burlington, Vermont, and 19 in Syracuse, New York, to 26 in Cleveland and 32 in New York City. These temperatures will be 6-12 degrees below normal for late January from the northern Plains to the Northeast.

"Adding to the overall colder weather pattern, breezy to windy conditions will develop at times, which will result in AccuWeather RealFeel® Temperatures that could drop 10-20 degrees lower than the actual temperature," Sosnowski said.

As cold air shifts eastward this weekend in the wake of the fast-moving clipper storm, the stage will be set for a wide area of accumulating snow in the Midwest Saturday and Sunday. This storm is expected to diminish as it moves over southern Ontario on Sunday night.

A stronger storm will emerge and track from west to east and bring the threat of a mix of wintry precipitation from the southern Appalachians to the mid-Atlantic early next week.