Rain, flood, repeat: the weather forecast for the South this spring

Expect excessive rainfall and reoccurring flooding across the flood-weary South this spring. 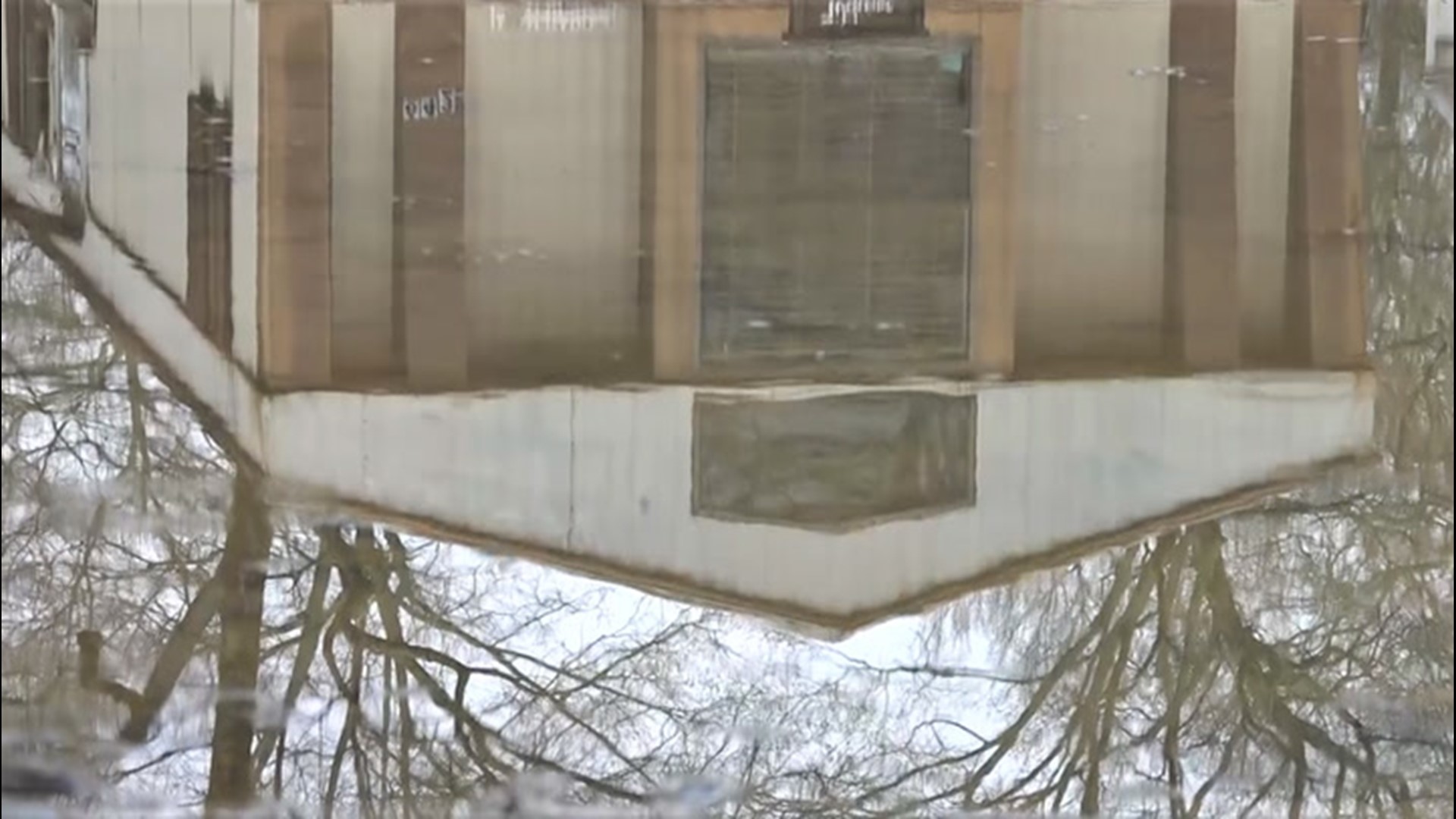 The pattern that has been unleashing excessive rainfall and reoccurring flooding is predicted to continue across the flood-weary southern United States through the spring -- and following a soaker during the middle of this week, another rainstorm is expected to roll into the region early next week.

The storm this week will trigger rain across much of the Interstate 10 and 20 corridors into Thursday, and enough cold air will be in place farther north for winter to pay a visit with snow predicted in North Carolina, upstate South Carolina, eastern Tennessee and southern Virginia. In the wake of the storm with its rain and snow, a brief break in the wet weather is in store for much of the South from Friday into Sunday. However, the dry break, like the one from late last week to last weekend, won't be a trend-setter.

A new outbreak of rain will sweep through the region from Sunday to Monday, just as the ground begins to dry out. The waterlogged South just can't seem to catch a break, and many areas from northern Louisiana to central North Carolina have received more than double their average rainfall for the first 50 days or so of 2020.

In some locations, such as in Jackson, Mississippi, nearly 20 inches of rain has fallen since the start of the year. Rainfall in the city alone translates to 543,080 gallons-per-acre and trillions of gallons of water on the Pearl River basin which sprawls over 8,000 square miles. No wonder the river systems in the region can't handle the runoff. Multiple rivers, such as the Pearl, Tennessee, Tombigbee and Big Black to name a few, have recently reached major flood stage.

Some rivers were receding as of midweek, and others downstream are not expected to crest until this weekend or next week.

After cresting at the third highest level in history, the Pearl River is slowly receding out of Jackson, Mississippi.

"When I came through here Sunday morning, my heart just dropped because the water was here when we were standing here the day before, and then we couldn't even get back here," Dion Thompson, resident of Jackson, Mississippi, told AccuWeather's Jonathan Petramala.

Even the mighty Mississippi River at Baton Rouge, Louisiana, is forecast by National Weather Service hydrologists to crest at major flood stage in early March from the rain that has already fallen. This is a tough feat given that, in general, the flatter the terrain and the larger the river, the longer it takes for floodwaters to cycle through. Through this spring and perhaps the first part of the summer, rainfall over the Tennessee Basin, which drains into the Ohio River, is likely to be the primary cause of high water along the lower portion of the Mississippi River.

The weather pattern is not likely to relinquish its stormy nature anytime soon in the South, and forecasters warn that it is likely to be a long spring in terms of flooding episodes and may have many residents worrying for weeks and months. Some communities may have to do flood cleanup and assessment on more than one occasion during the season.

AccuWeather's long-range meteorologist team is anticipating that rainfall will continue to be above average from the central Gulf coast to parts of the Ohio Valley and central Appalachians during the period from March to May.

This includes the areas of the Tennessee Valley, Pearl River Basin and the southern Appalachians and Piedmont hit hard by rain and flooding.

"We are projecting rainfall to be 125% to nearly 150% of average for the three-month period in a dozen states stretching from the Gulf coast to the Ohio Valley," AccuWeather Lead Long-Range Meteorologist Paul Pastelok said. "More flooding problems are inevitable for the already hard-hit swath of the South," he said. "It is possible there will be pockets where rainfall is again in the 200% of average level, like that which has occurred so far this year."

The mechanism for the rounds of heavy rainfall will change hands as the season flips to spring and the jet stream pattern shifts.

"During this winter, we had a great deal of Gulf of Mexico and tropical moisture from the Pacific feeding into the storms," Pastelok said.

"Even though we will lose the Pacific plume of moisture, the Gulf of Mexico will continue to provide some fuel for the rainfall, but during the spring, the convective (heavy thunderstorm) component becomes more of a player," he said.

Flooding problems in the long term will range from urban and small streams to secondary and major rivers.

The rainfall, soggy ground and flooded farmland alone can take a toll on agriculture and infrastructure in the region.

Hilly areas will be prone to mudslides, secondary roads may be closed for extended periods of time and some communities may need to boil water for safe consumption for weeks.

Related video: how to prepare for a flood 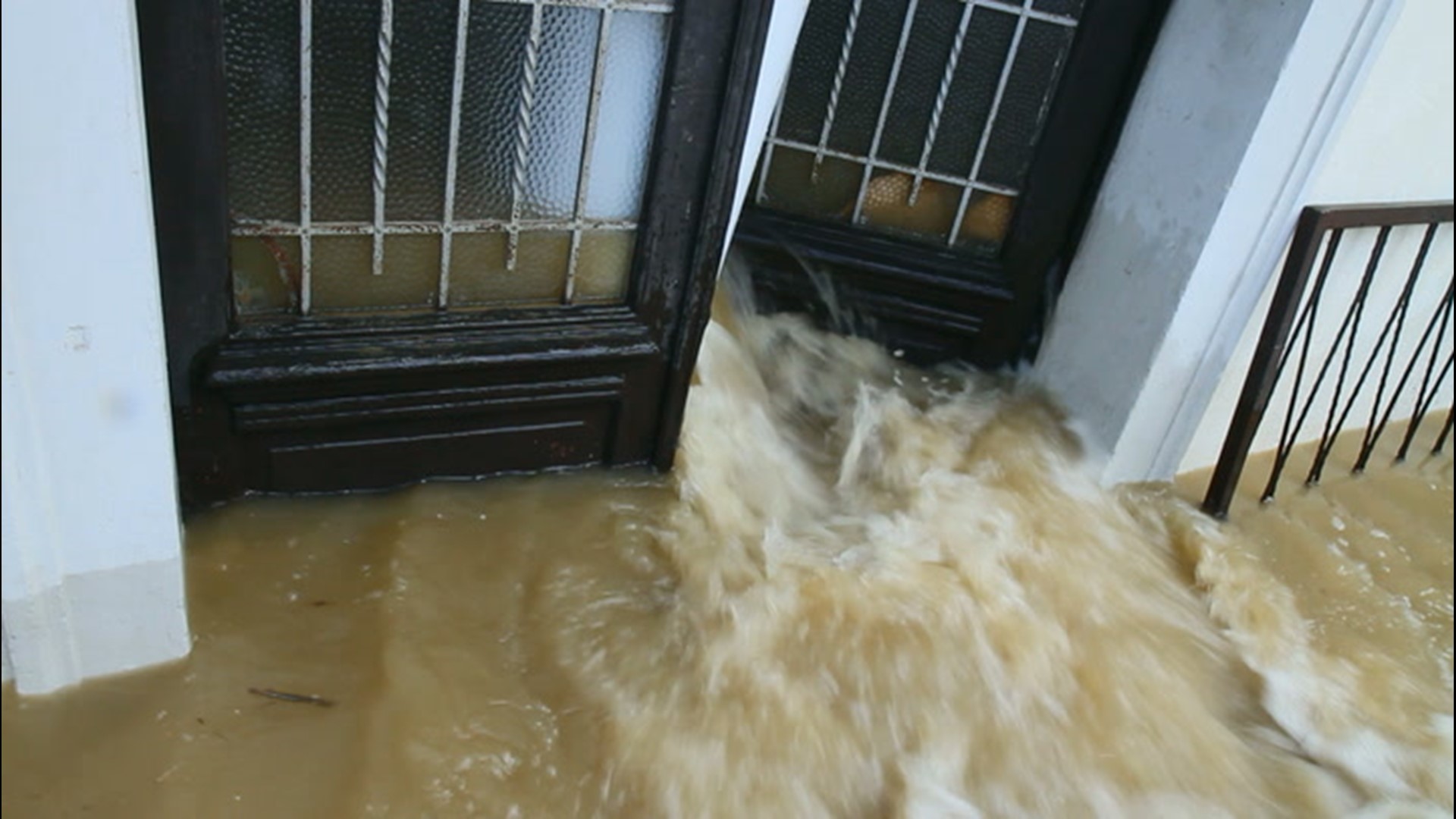