They're thousands of miles away, but the wildfires are still having some kind of impact in the northeast 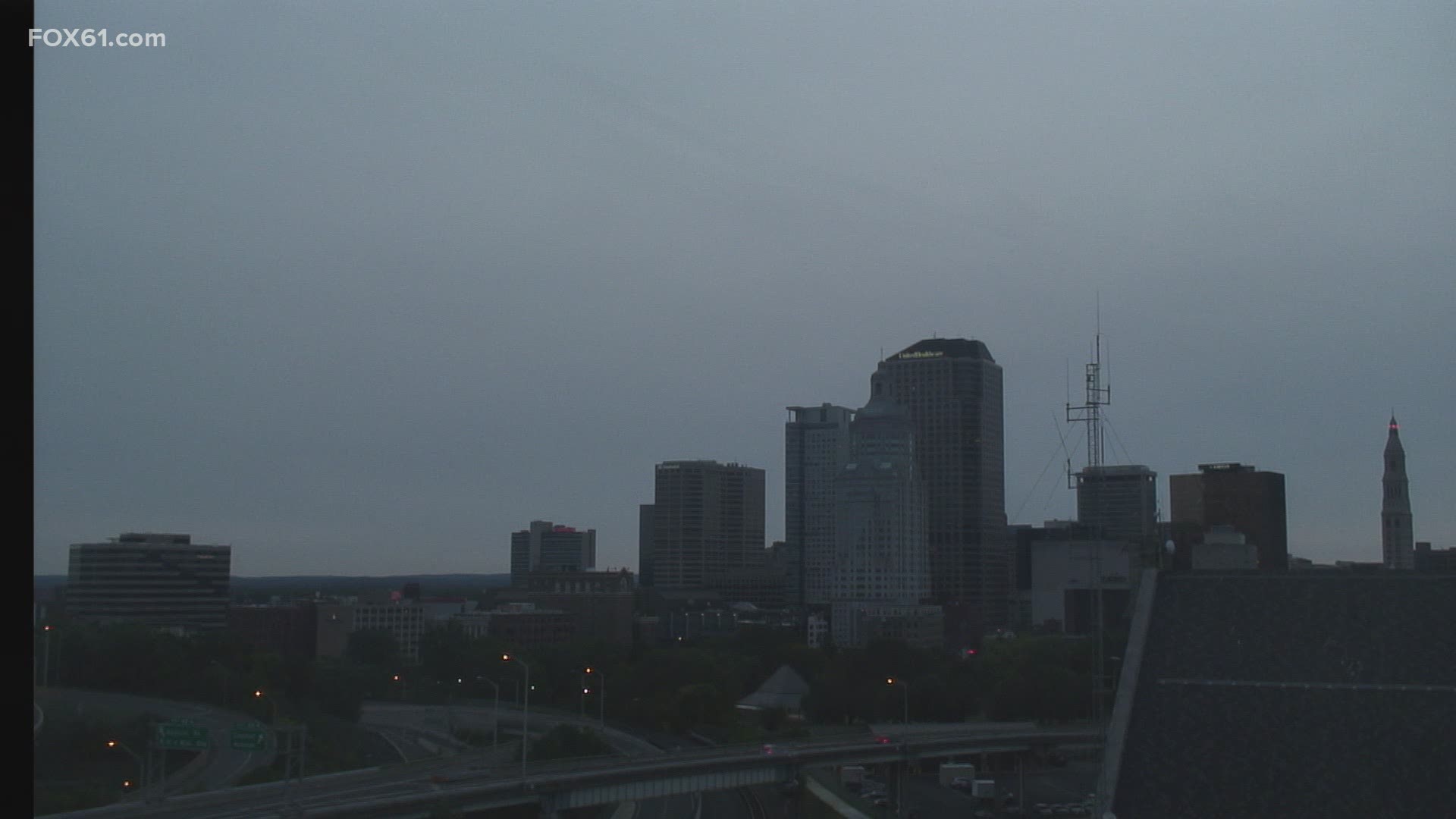 HARTFORD, Conn — As the wildfires continue to rage up and down the west coast, a visual reminder of what’s going on out west has reached the northeast.

The smoke has traveled coast to coast and is slightly obstructing the sky over Connecticut this week.

It’s leading to eerie-looking red sunrises and sunsets, with hazy skies during the day. Without that smoke, this week would have delivered some clear blue skies across the state, but the smoke is acting like nature’s Instagram filter.

Click here to see an animation of the smoke traveling east.

This smoke is too high in the atmosphere to have any effect on our surface air quality.

You won’t be able to smell the smoke, and those with breathing issues won’t have any further problems due to the smoke overhead.

While the air at the surface remains clean and comfortable, the layer of smoke at around 15,000 feet is fairly thick.

That filtered sunshine will be out there through Thursday. 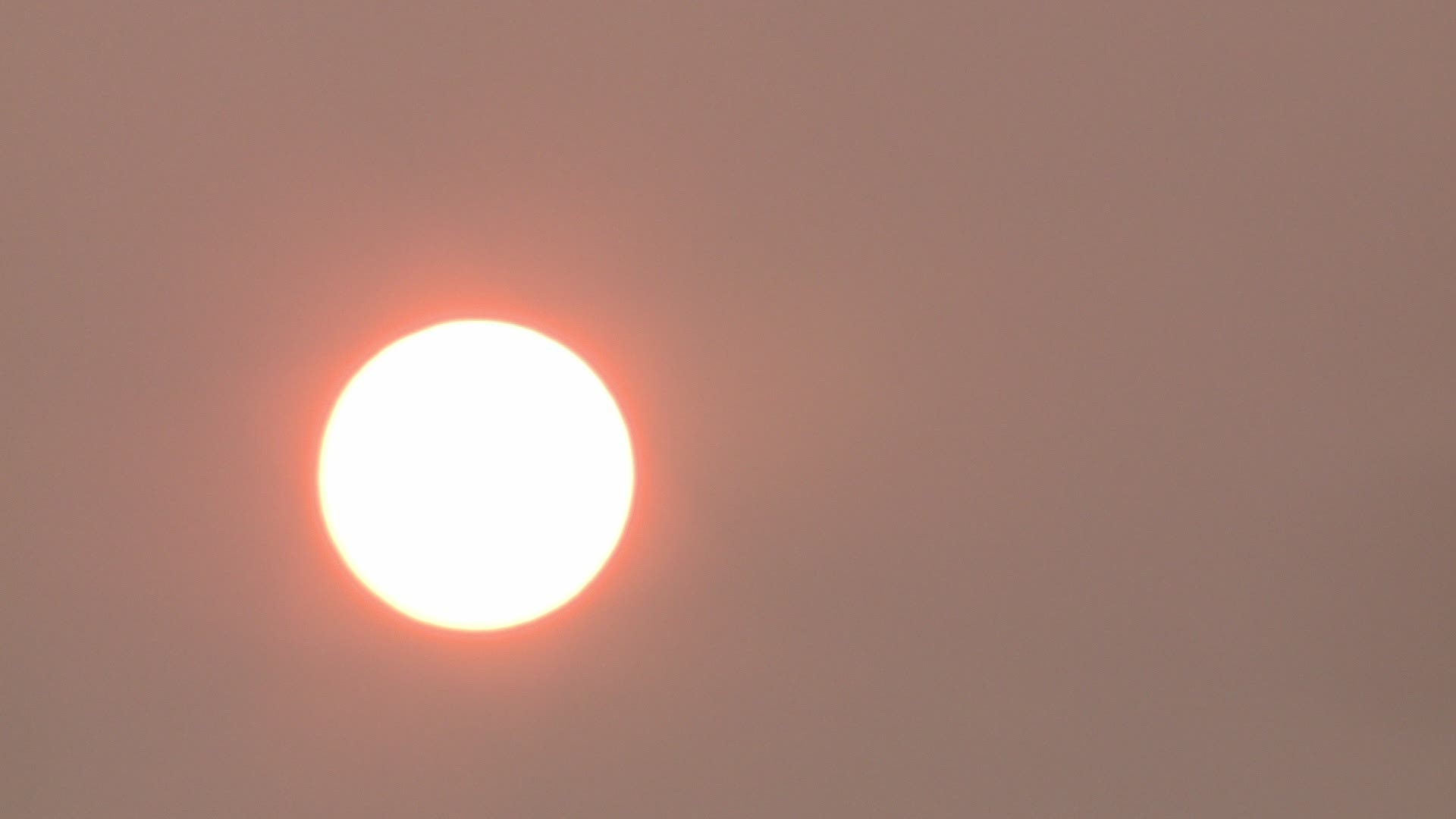 Smokey and hazy conditions to continue, with all of our sites reporting visibility ranging between 1 and 3 miles. #CAWildfires #CAwx pic.twitter.com/Cn9kl5ehoG

The mammoth wildfires torching much of California, Washington, and Oregon have already claimed 36 lives. Now, friends and families worry about 22 people missing as infernos in rural Oregon make it too dangerous to search for them.

Up and down the West Coast, more lives and homes are being destroyed as 87 wildfires burn, according to the National Interagency Fire Center. At least 25 of the wildfires are in California.

And as thick smoke fills the sky, the West Coast now has the worst air quality in the world.

At least one child has been killed, the governor said.

Of the nine major wildfires burning in Washington state, the two largest -- the Pearl Hill and Cold Springs fires -- have collectively scorched more than 412,500 acres, according to the Washington State Department of Natural Resources.

California Gov. Gavin Newsom, Los Angeles Mayor Eric Garcetti and Washington's Inslee have all reiterated that the fires in their states are the result of the climate crisis, disputing President Donald Trump's claim that they're the result of poor land management.

Smoke from the wildfires on the west coast has reached the upper atmosphere over CT, with the skies over New Haven & Hartford looking hazy.

Without that smoke it would be a perfectly sunny day, but nature's Instagram filter will mute that sunshine. pic.twitter.com/y4W8U8TcDD

Newsom said that record-breaking temperatures and drought conditions, which have fueled the recent fires, have been going on for years because of climate change.

"Climate change is real," said Newsom, who met with Trump on Monday.

"Denial doesn't work when it comes to climate, " Garcetti said. "The cost of denial is that people lose their lives and their livelihoods."