The nor'easter comes nearly 10 years to the day after a devestating snowstorm struck the state that caused nearly a million power outages. 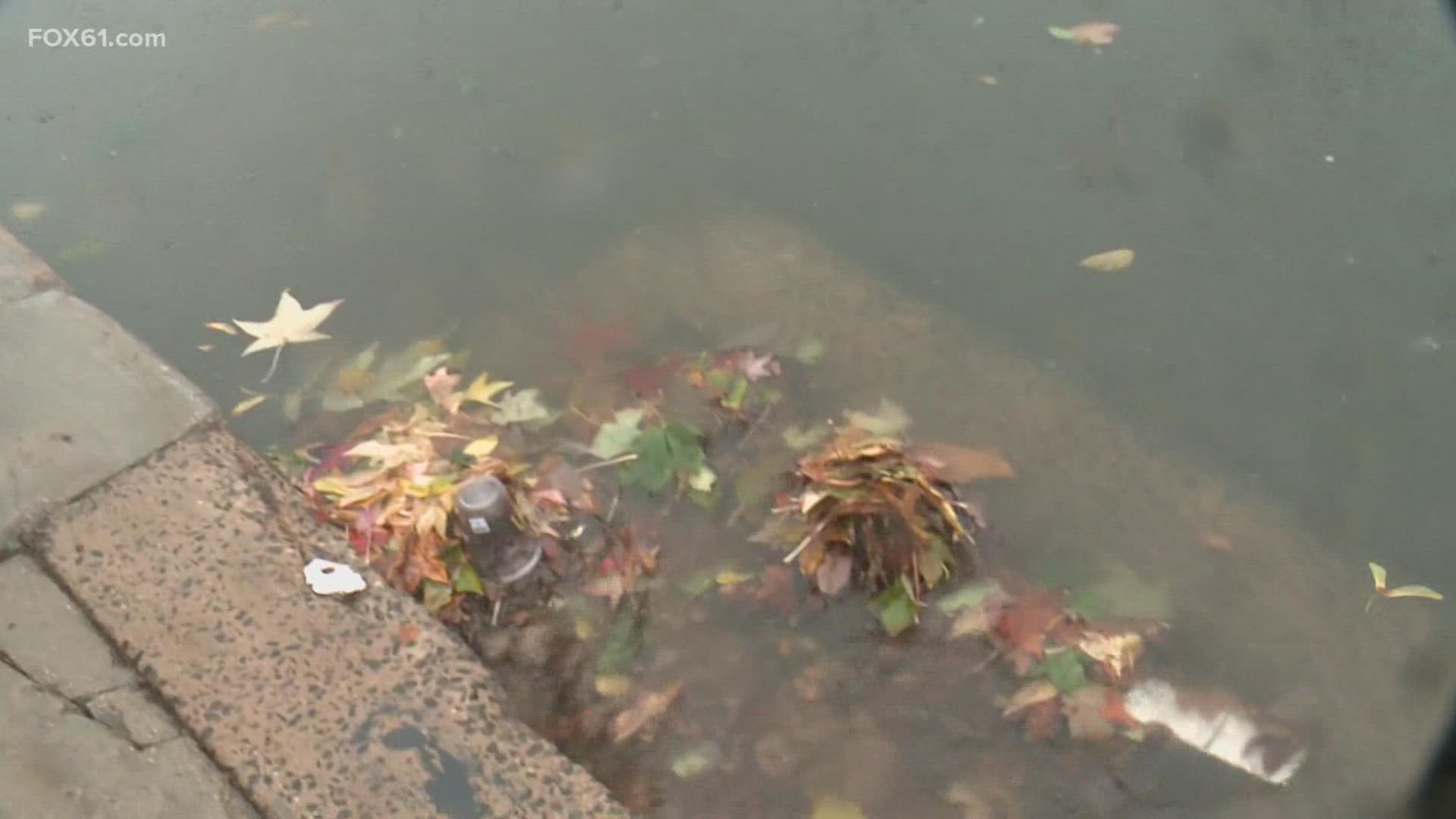 Due to the rain and wind, power outages are expected and a flash flood watch is in effect.

MANSFIELD - Rt 44 CLOSED between Baxter and Birch Roads, due to a tree and wires down.

N. STONINGTON - Route 201 CLOSED at Northwest Corner Road because of a tree down on wires.

WASHINGTON - ROUTE 202 CLOSED AT ROUTE 47 DUE TO LOW WIRES

While the storm is bringing in heavy rain and wind, the forecasted damage is less than another storm that hit Connecticut 10 years ago.

In 2011, a snowstorm just before Halloween coincided with a slow leaf-turning season. As the storm hit, the snow stuck to trees and powerlines bringing them down and causing nearly 900,000 electric customers around the state to lose power. Some would be in the dark for nearly two weeks.

Utility crews are working on the overhead lines on Clapboard Hill Road in Guilford after a large branch fell on some power lines. @FOX61News pic.twitter.com/dAwueiaIF2

While this year also has a slow foliage season, no snow was forecasted to accompany this nor'easter.

A flash flood watch is in effect for Tuesday as some towns may pick up 2 inches to 4 inches of rain.

The storm is expected to slow down Tuesday night and spin away from the state.

RELATED: With a bite in the air will Covid-19 begin to bite back? 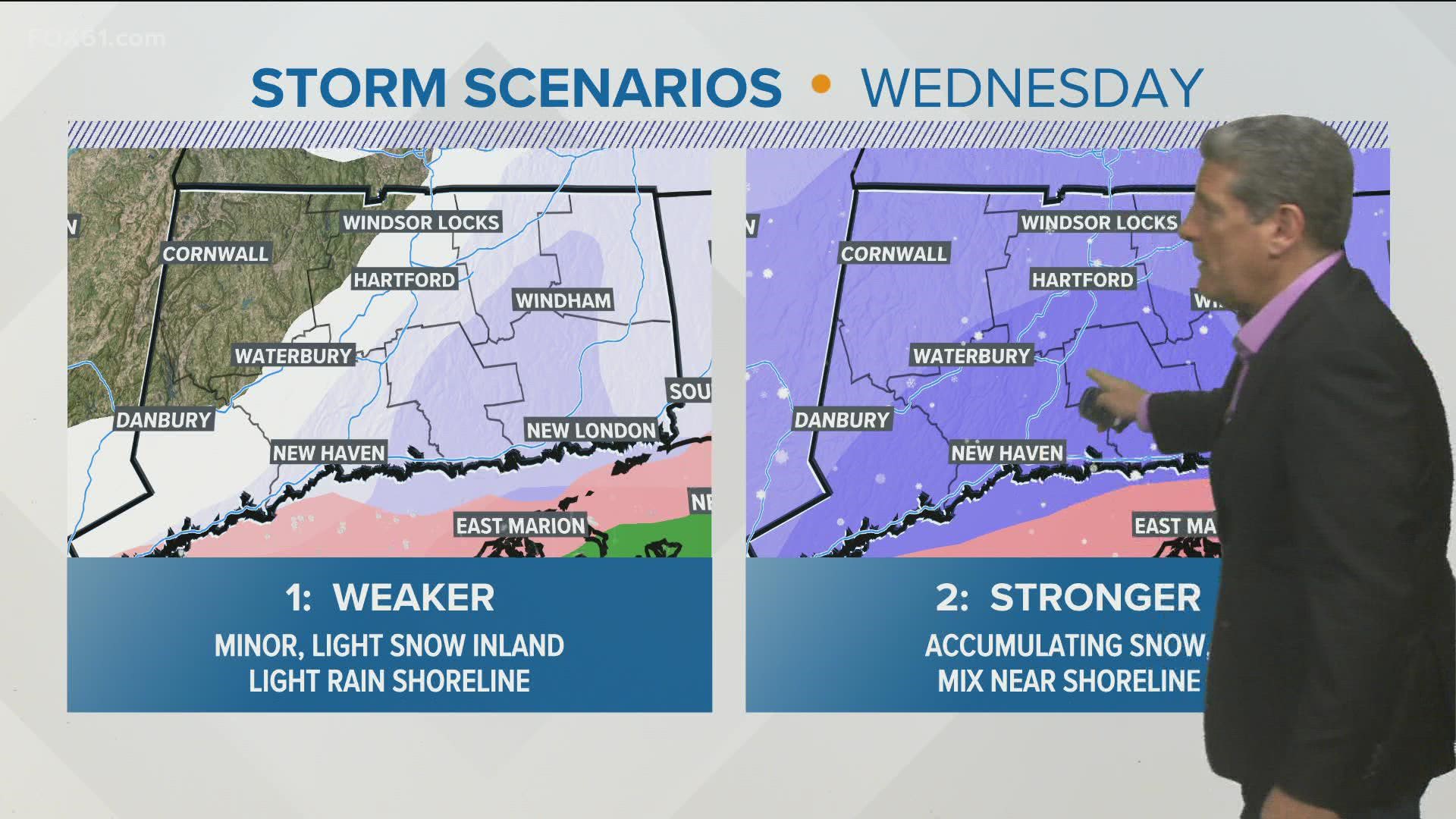