After a little break in the storminess Thursday, it's back to tracking storms on Friday. But the weather improves in time for weekend plans. 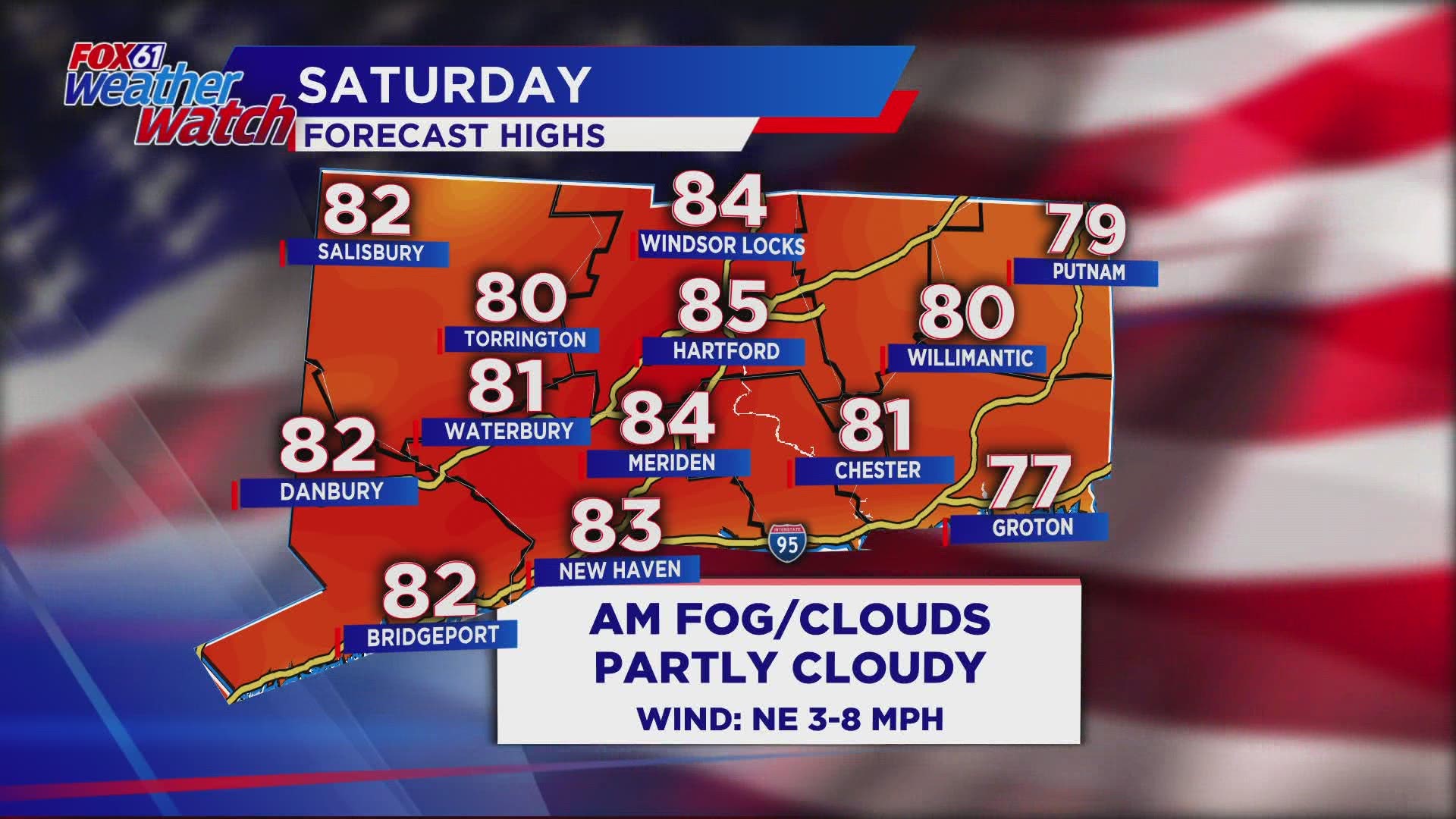 An isolated storm is possible early tonight. But it's MUCH calmer out there than recent days!

Tonight stays warm, as some humidity gradually builds in and lows only drop to around 70.

Friday will be humid with a better chance for showers and storms, especially in the afternoon.

There is a low but not zero risk for severe weather too so it's another day we'll be watching the radar.

Then our attention will turn to the holiday weekend! Right now things are looking good for the most part. July 4th will start with areas of low clouds and fog before breaking for sunshine with highs in the low-mid 80s.

There is a slight shower chance Sunday afternoon. But by no means does it look to be a washout, and most towns should be dry.

After the holiday weekend, all signs are pointing to a hot stretch of weather, with plenty of 80s and 90s on tap for next week. A big ridge in the jet stream builds in (think of it as a bubble of hot air) over much of the country, so we won't be the only ones sweating!