Minor accumulations on grassy surfaces are possible Wednesday, but it's looking like barely any impactful snowfall. 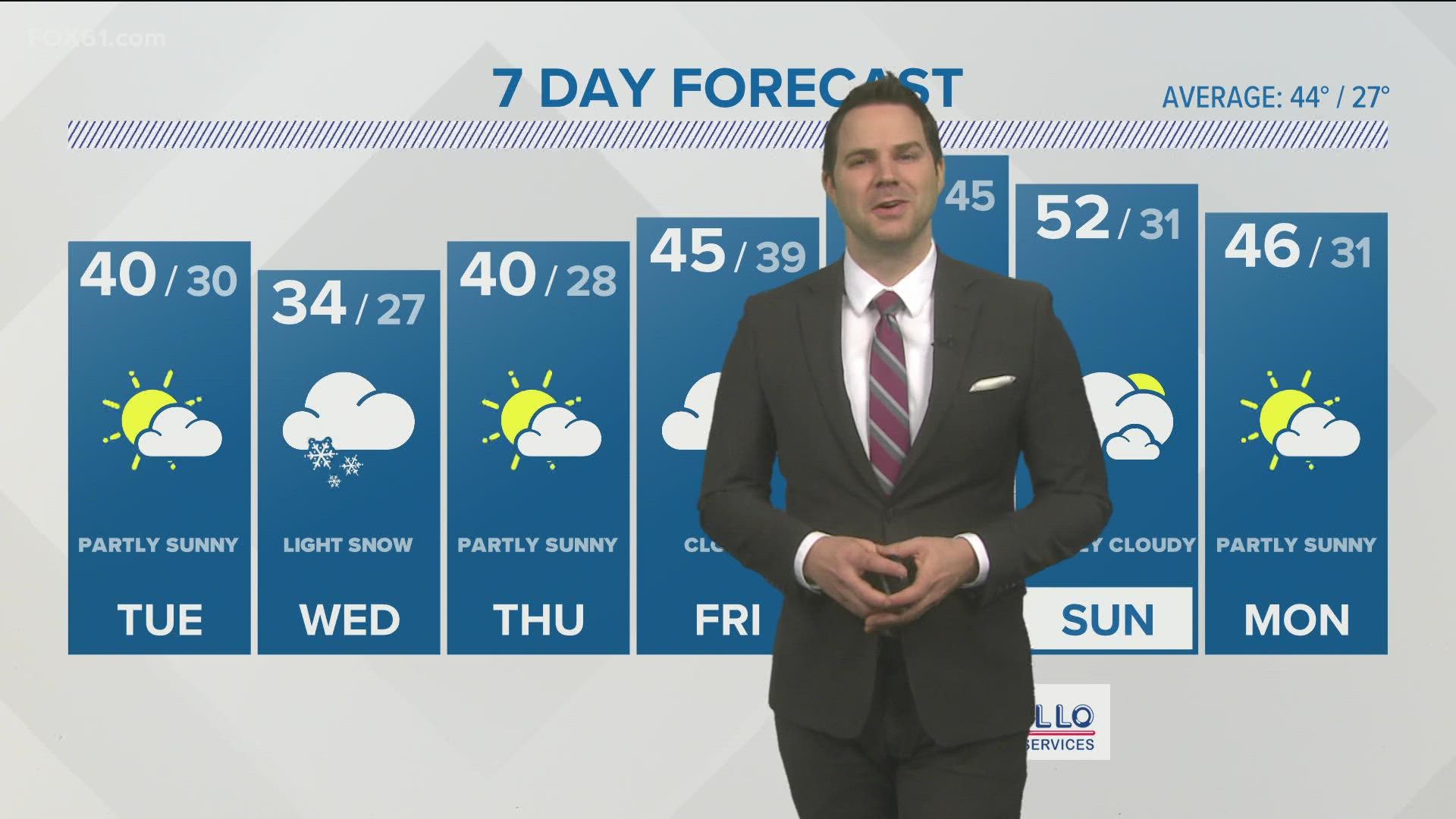 CONNECTICUT, USA — Today we have colder temperatures compared to yesterday with highs near 40. The wind won't be as strong as yesterday but it's still going to top out around 10-20 mph.

Wednesday will be a chilly day with temperatures mainly in the 30s. It looks like we will have off-and-on periods of light snow. This will not be a big storm for us, but it is the first accumulating snow of the season for much of the state, outside of the hills.

In general we expect a scattered coating to 1" of accumulation, but there could be some 2" amounts in eastern Connecticut if snow lingers into Wednesday night.

A warm-up follows this for late week and the weekend.

WEDNESDAY:  Periods of light snow.  Coating to 2" of accumulation for most, perhaps a bit more in eastern Connecticut.  Highs in the mid to upper 30s.

FRIDAY:  Mostly cloudy, chance for a shower.  Highs in the low to mid 40s.

SATURDAY:  Milder with a chance for showers.  Highs in the 50s.