Mild for now but a cold snap looms for this weekend

Above average temperatures continue for the next couple of days. But there is a stretch of colder times ahead. 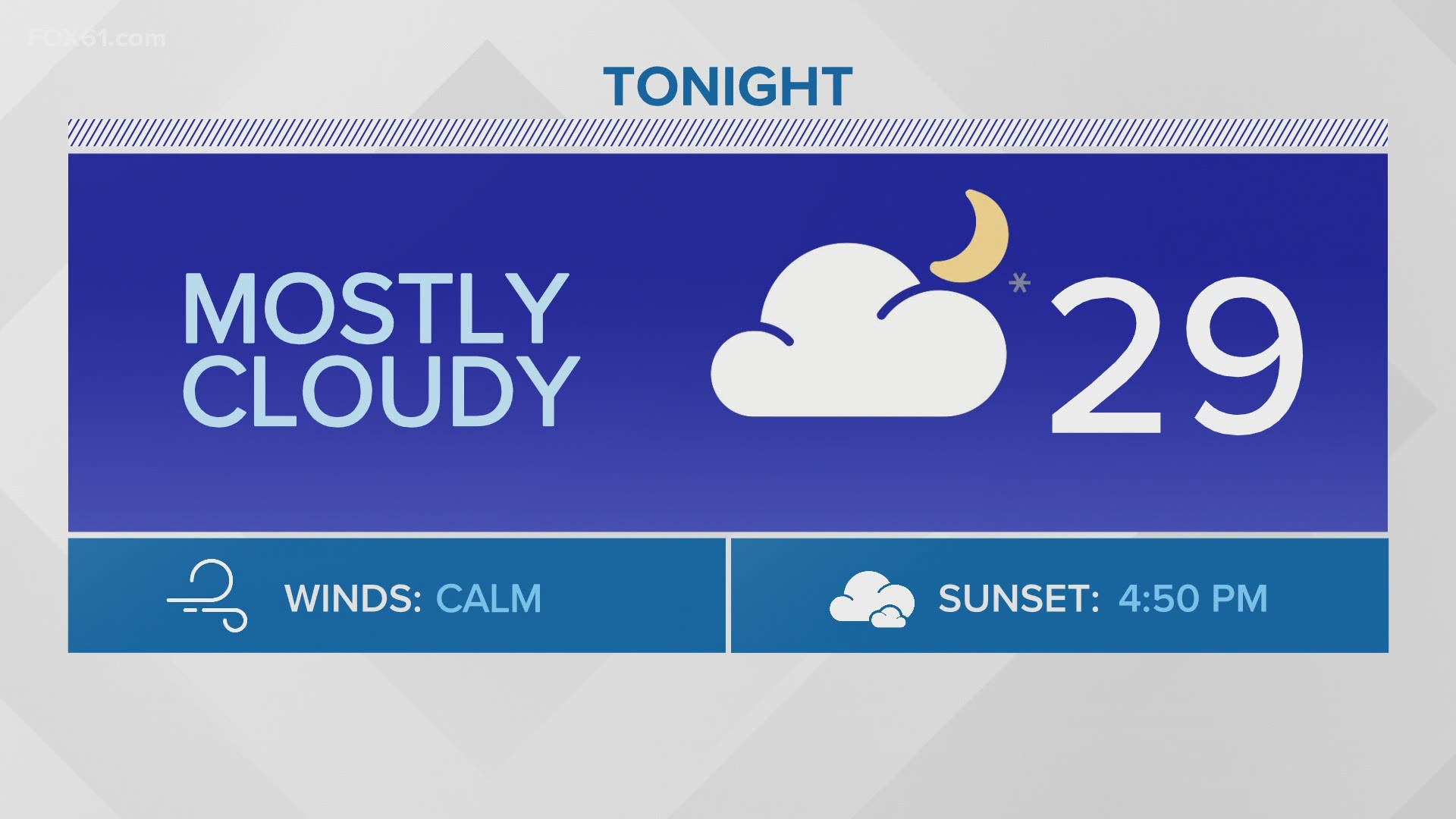 CONNECTICUT, USA — Today will remain above average with highs in the lower 40s. While we haven't had any major record-breaking heat or anything, this month of January has been far above average.

But our stretch of warm winter weather is coming to an end.

Wednesday will be colder with highs in the 30s and the chance for flurries.

Then this weekend into next week will feature a pattern change with a stretch of below average temperatures for the first time this season! The question is, can we get some snow to go along with it?

There is a window Tuesday of next week where some snow is possible. But it's over a week away at this point so we're hardly able to "lock it in" at this point.

Long range: while next week is colder, it doesn't look like the cold air will have staying power. Above average temperatures may return shortly after that. We'll keep you posted!