Bahamas and Florida brace for heavy rain as Hurricane Isaias barrels through the Atlantic; CT in cone of uncertainty

The storm continues to look like an east coast threat. The latest track from the National Hurricane Center brings the storm near or just offshore of Florida. 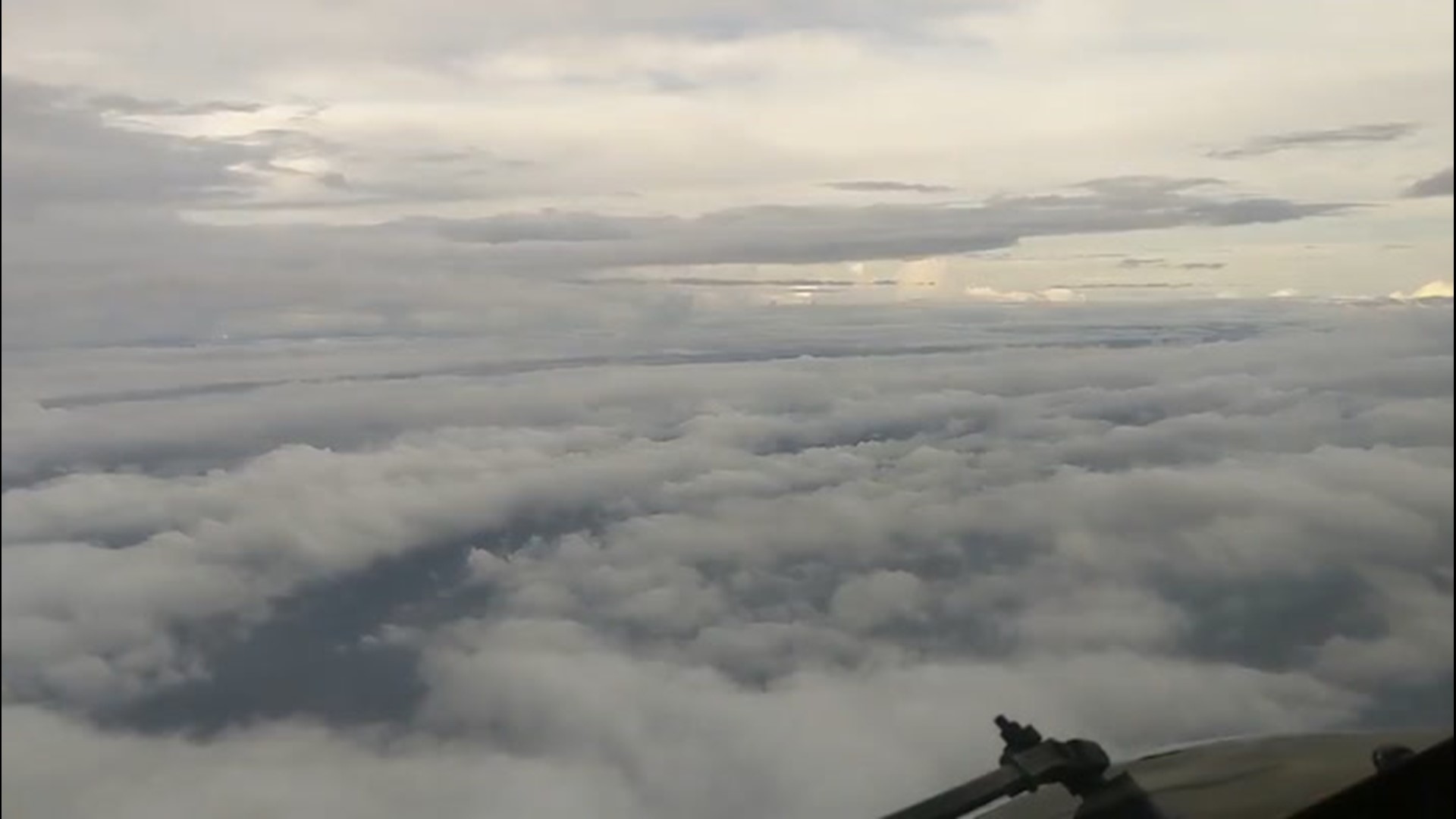 WEST PALM BEACH, Fla. — Like many in southeastern Florida this weekend, West Palm Beach resident Benjamin Peterson was at Costco Friday stocking up on essentials in preparation for the arrival of Hurricane Isaias.

The storm -- pronounced (ees-ah-EE-as) -- is the Atlantic's earliest storm on record to begin with an "I." As of 2 a.m. Saturday, Isaias was about 115 miles south-southeast of Nassau, Bahamas, and was moving northwest at 14 mph, according to the National Hurricane Center.

On Thursday, Isaias' exterior slammed Puerto Rico before it went over the Dominican Republic, all as a tropical storm.

"Every season you get a little bit nervous, and you always have that chance of whether or not the storm is actually going to come, and if it's going to bring the full force with it," Peterson told CNN affiliate WFLX-TV at Costco Friday. 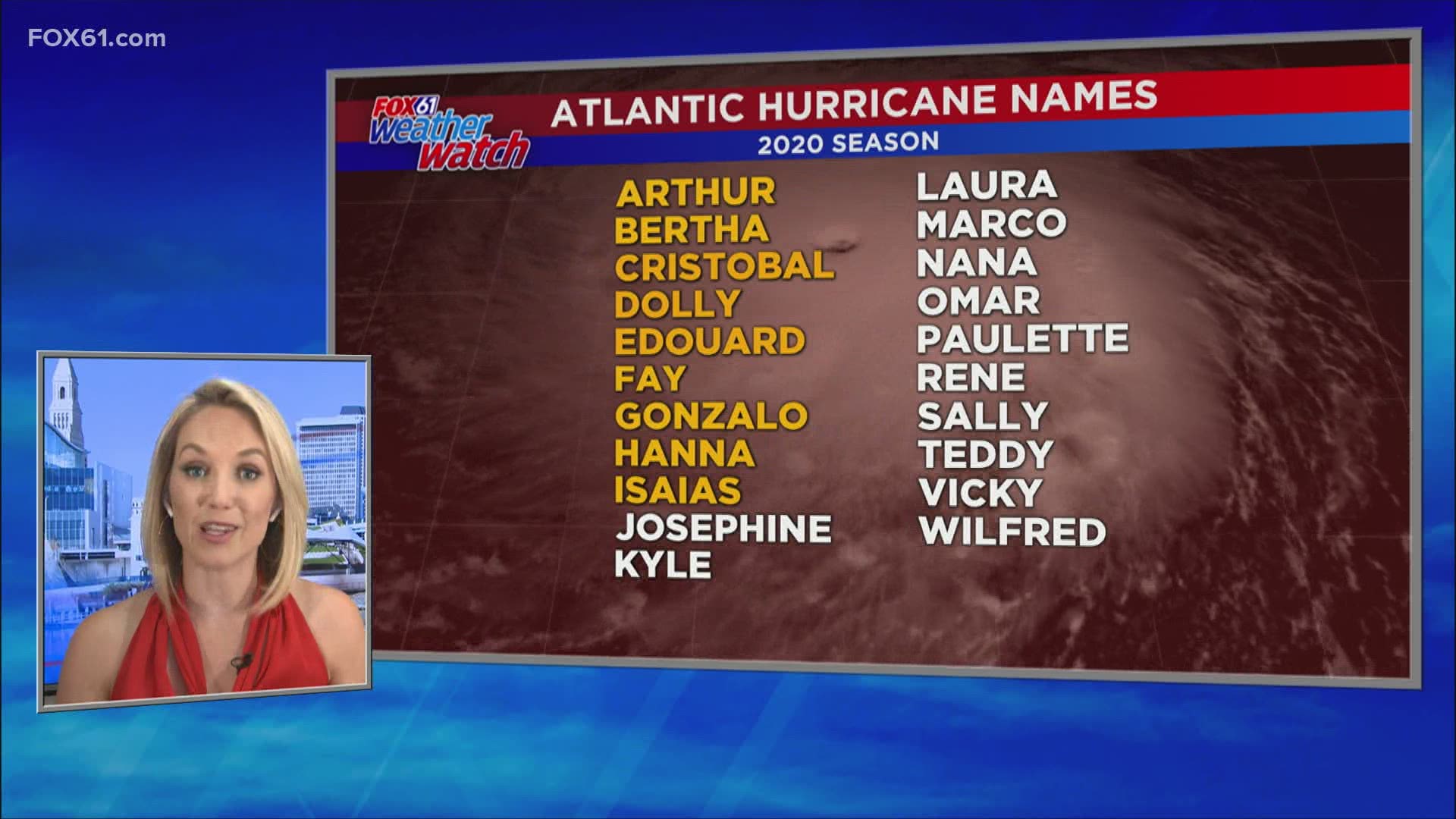 Isaias is expected to produce up to 8 inches of rain in the Bahamas and up to 6 inches in southern and east-central Florida along with the Carolinas into the mid-Atlantic states. Northeastern Florida and coastal Georgia are expected to get up to 2 inches of rain this weekend, NHC said.

Those heavy rains could cause storm surge that could combine with the tide to "cause normally dry areas near the coast to be flooded by rising waters moving inland from the shoreline," NHC said. Water in Florida could reach up to 4 feet above the ground and up to 5 feet above normal tide levels in the Bahamas.

Heavy rainfall could also cause flooding across the eastern Carolinas into Virginia.

Despite not knowing the exact path of the storm, states are preparing. North Carolina Gov. Roy Cooper and Virginia Gov. Ralph Northam both declared a state of emergency Friday ahead of the storm.

It has already been an extremely active hurricane season so far this year. Hurricane Isaias is moving through the Bahamas today, as the island nation is on the receiving end of their 2nd hurricane in two years (Dorian ravaged Abaco Island last year).

The storm continues to look like an east coast threat. The latest track from the National Hurricane Center brings the storm near or just offshore of Florida this weekend then almost paralleling the east coast from Florida to Maine!

If Hurricane Isaias makes landfall in Florida or gets closer to the shore, that would result in a weaker storm as it approaches the northeast (Tuesday - Wednesday). A track farther offshore would mean a stronger storm.

There are many scenarios that lead to us getting a soaking rain. But the million dollar question is - could we also get the additional impacts like damaging winds/surge? That's not a question we'll be able to answer today! BUT with a smaller, more compact storm, Isaias would need to pass very near or right over CT for a higher impact solution.

In a perfect world we would like to get some rain (which we desperately need) without any other tropical trouble.  At this point, it's too soon to be nervous about this storm but it's certainly worth watching. It's a good idea to be prepared for hurricane season anyways!

If we get any direct/indirect impacts from the storm it would be Tuesday - Wednesday of next week.

The computer models are in a surprisingly good agreement on an I-95 storm track with a weaker storm moving inland. But this far in advance things do tend to change as the storm also evolves along the way.

A storm threat during a pandemic

The storm comes at a sensitive time during the coronavirus pandemic. On Friday, Florida marked the fourth consecutive day it reported a record number of Covid-19 deaths in the state at 257.

Florida closed some state-supported Covid-19 drive-thru and walk-up testing sites on Thursday in anticipation of the storm.

Testing sites would remain open in 11 counties, nearly all of which are on the west coast or the Panhandle, the Florida Division of Emergency Management said.

The division said it anticipates all sites being opened by 8 a.m. August 5 at the latest.

Testing is shut down in Miami and will likely stay that way until Tuesday or Wednesday, Miami Mayor Francis Suarez told CNN Friday.

"That's going to be a gap in information for four or five days," Suarez said.

In Palm Beach County, Mayor Dave Kerner said there will be an evacuation of a zone that houses primarily mobile homes and the county will open six shelters Saturday morning for residents. The shelters will be based at area middle and high schools as well as a recreation center, Kerner said.

Kerner said the county is well prepared and the shelters would have temperature checks and be divided into family units. Masks will be provided as needed and law enforcement will be on hand to help enforce social distancing, he said.

In the Bahamas, authorities announced that shelters have been set up across the country, with at least 10 shelters with supplies ready in New Providence. The Bahamas Defense Force and personnel from the health ministry have also been activated.

The Bahamas is also dealing with a second wave of coronavirus cases. The country's health minister, Renward Wells, said Friday that initial confirmed cases of the second wave were connected to "individuals from Grand Bahamas who traveled from the United States."

Bahamian Prime Minister Hubert Minnis on Thursday announced the easing of a coronavirus lockdown for citizens to better prepare for the arrival of Hurricane Isaias. The hardware stores, pharmacies and supermarkets would be allowed to open.