The U.S. Army Corp of Engineers are working to speed up the process of helping residents cover their roofs 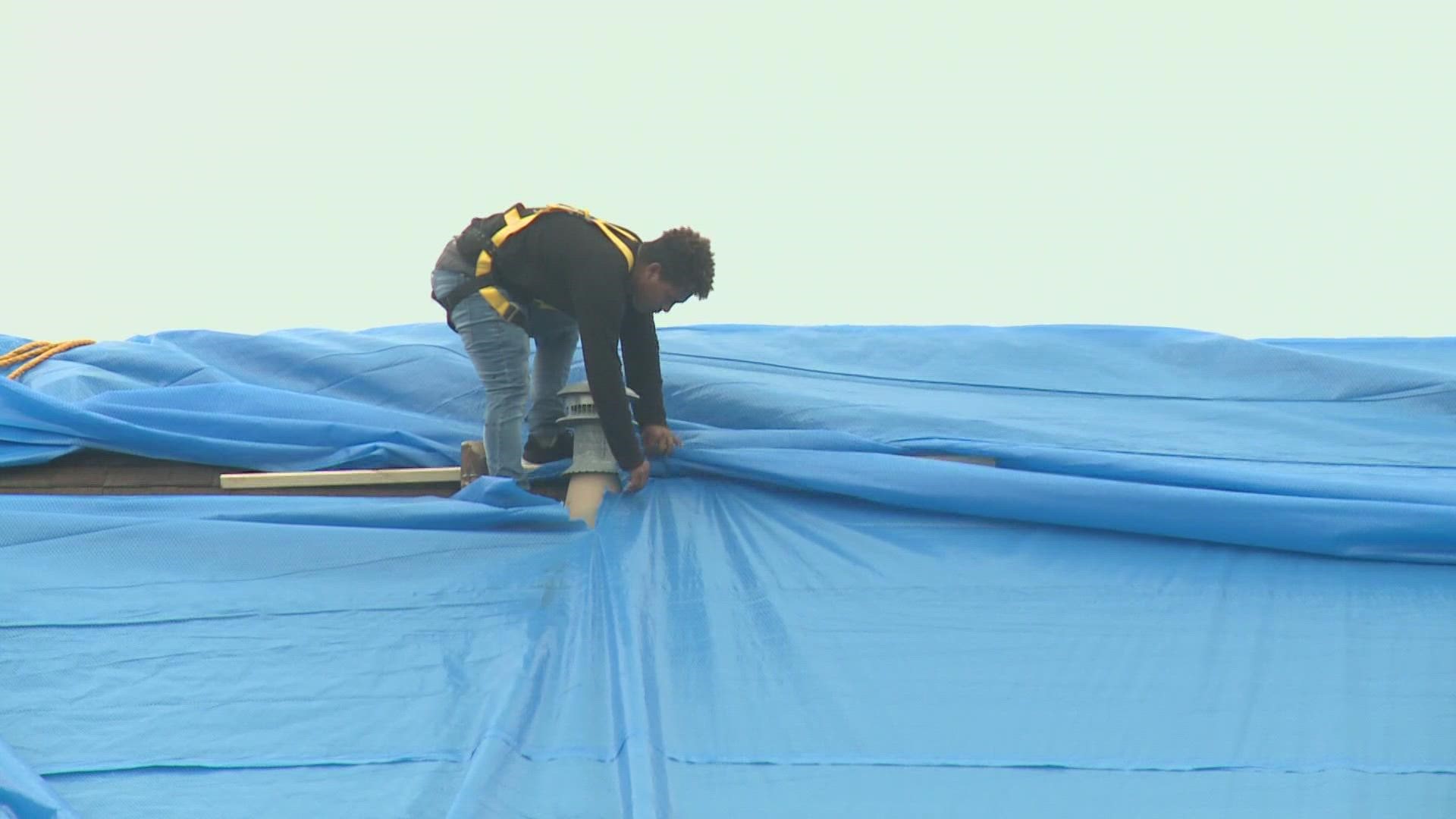 KENNER, La. — As Tropical Storm Nicholas makes its way to Louisiana, residents there are concerned for their homes and businesses, especially for those with tarps or looking for one.

Some people said the Army Corps' Blue Roofs Program has been off to a slow start. Between last Wednesday when the first roof was installed on a home in New Orleans East and on Saturday, a little more than 100 tarps had been put into place.

According to the Public Affairs Division Chief for the Corps' Mississippi Valley Division, they expect to speed things up this week with help from three additional contractors and subcontractors.

Officials hope to install up to 800 blue roofs a day when the program is fully rolling.

A resident said she has not been given a timetable as to when it will be her turn for the repairs.

"I've reached out to Blue Roof and two other companies and they can't promise when or if."

As of Saturday, there had been requests for blue roofs for about 50-thousand homes and so far, 47-thousand of them have been approved.

That resident is worried as more rain is headed their way.

Officials said blue roof installations will have to stop if rain or winds top 30 miles per hour.