Some places had nearly 3 inches of rain. 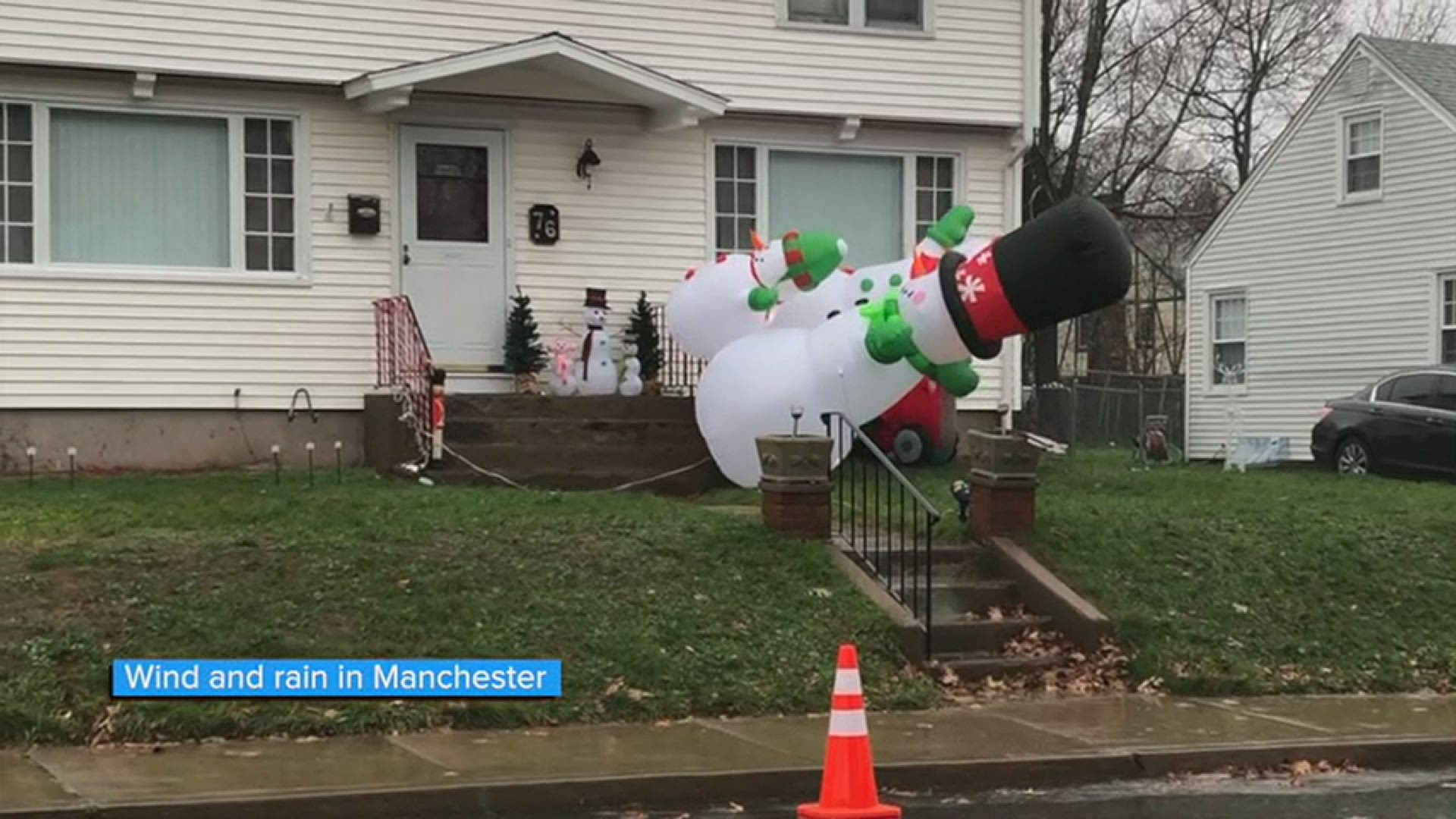 Gale-force winds lashed much of the northeastern U.S., prompting tornado watches and flash-flood warnings and knocking out power to tens of thousands.

Utilities in Connecticut say the fast-moving storm knocked out power to more than 32,000 households in that state. Just under 3,000 remained without power as of Tuesday morning.

FOX61's Dan Amarante had some rainfall totals across the state.

This tells the story of yesterday's rain pretty clearly. The Quinnipiac River in Wallingford went from 3.28 ft at 11:15 AM to 7.14 ft less than 12 hrs later. It's now dropping back towards normal levels. pic.twitter.com/AhfFTj5piA