Severe weather rips roofs off of apartment buildings in Massachusetts

Video shows a roof collapse in Holyoke, Massachusetts. A tornado watch was in effect. 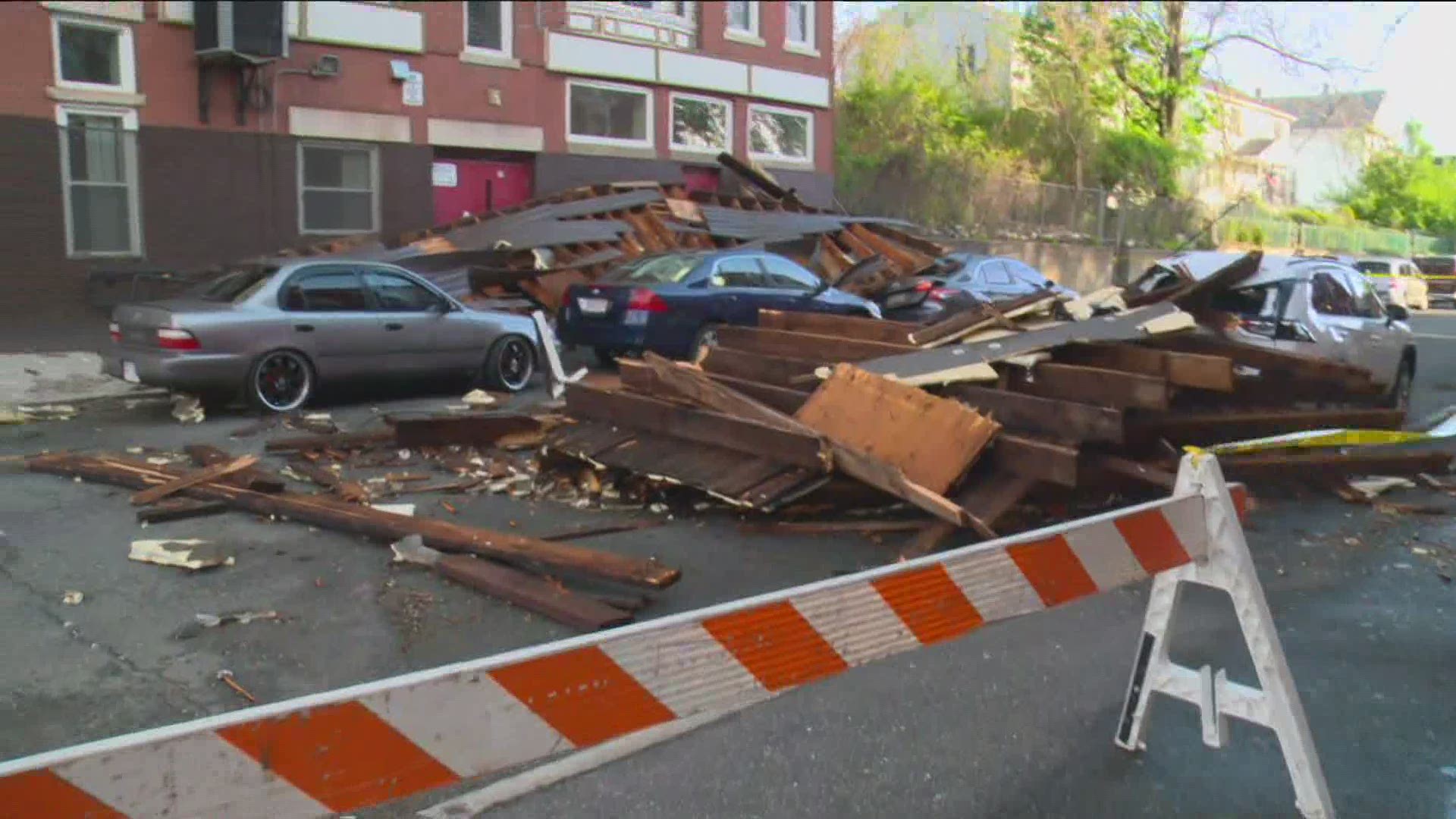 According to the National Weather Service Office in Boston, two roofs collapsed on West Street in Holyoke, Massachusetts.

FOX61 sent a crew to the scene this morning to check out the damage for ourselves.

According to local authorities, there are no serious injuries associated with the incident, although several cars parked in the road were damaged.

Holyoke is about 10 miles north of Springfield, Massachusetts.

RELATED: Oversight of veterans homes to be probed after coronavirus deaths