The EF-1 tornado, 2nd lowest level, was a waterspout that came in off of Long Island Sound 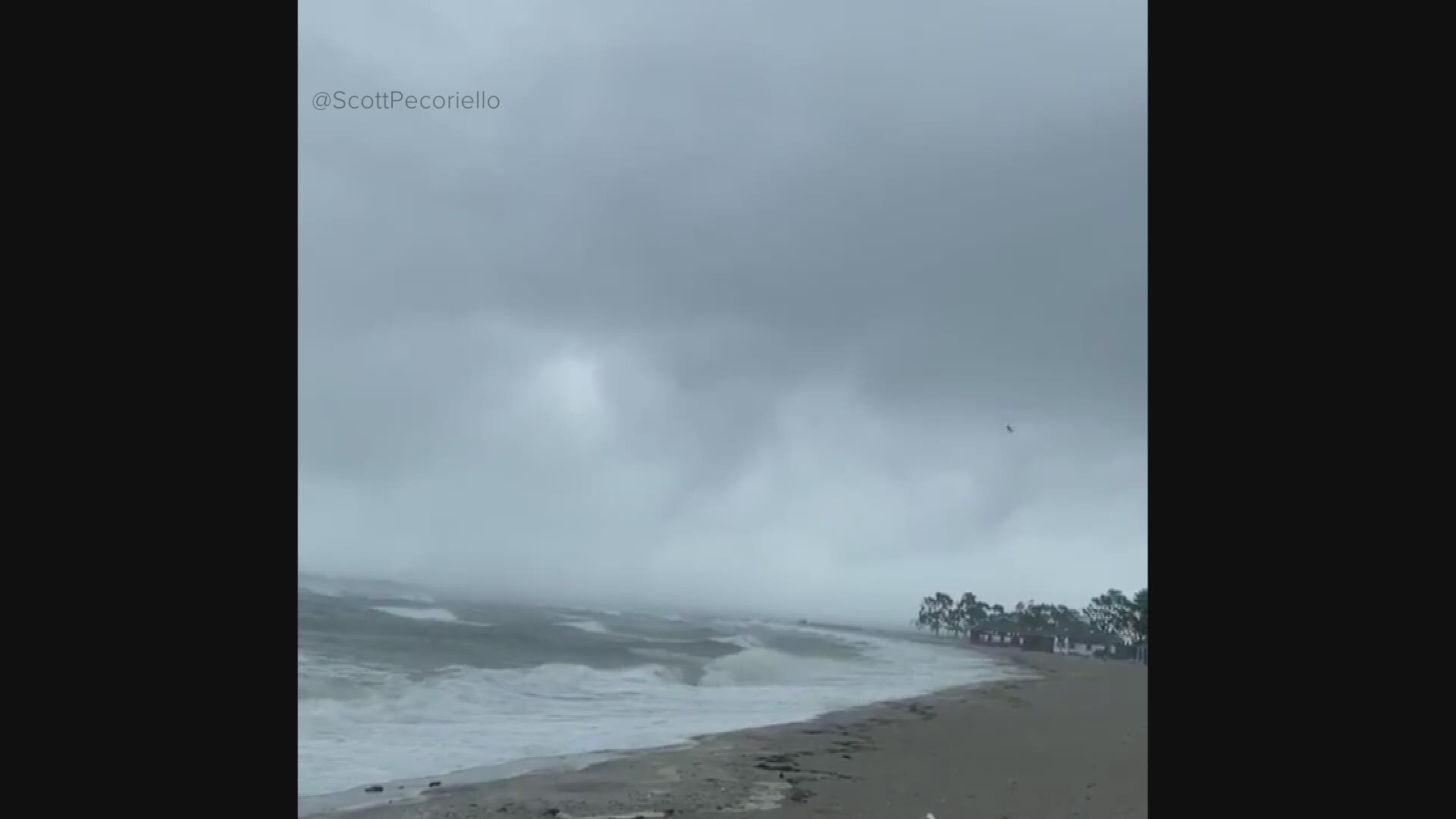 WESTPORT, Conn. — The National Weather Service said on Friday afternoon that a tornado spawned by Tropical Storm Isaias did in fact touch down in Westport on Tuesday afternoon.

A storm cell produced a waterspout that made landfall in the Saugatuck section of town about 1:40 p.m.

The twister did not last long, traveling only about 50 yards as it came onshore. The NWS listed the tornado as a category EF1 with estimated maximum winds of 95-105 mph.

The waterspout was captured on video by a private meteorologist as it was moving towards Saugatuck Shores. The tornado ripped the roof off a house on Surf Road, as well as portions of the second floor`s supporting wall structure. This debris was tossed about 30-50 feet north on the property.

The tops of several pine trees in the front and side yard were either sheared or snapped off. The tornado likely quickly lifted and possibly tracked north as a funnel cloud for another 1 to 2 miles, before dissipating, according to the NWS. The funnel cloud could have touched down again as a waterspout on the Saugatuck River, south of Route 1, based on an eyewitness report.

Other damage reports are inconclusive for tornado damage, but consistent with the damaging 40 to 50 mph straight-line sustained winds and 60 to 70 mph gusts observed between from Tropical Storm Isaias.

The NWS thanked the Westport Fire Department, Connecticut Division of Emergency Management and Homeland Security, local CT Media, private sector meteorologists, and the public for their assistance in their storm survey.

Tornado damage in Westport, CT from 8/4/20. The most remarkable aspect of this, to me, is that 72+ hrs later the house is still in the middle of the street. A half mile from my house in East Norwalk. @NWSNewYorkNY @ryanhanrahan @RachelFrank_CT @gilsimmons @BruceDePrest pic.twitter.com/5fdYuKx0qH