Several roads in Suffield were closed due to downed trees and wires, including Newgate Road, where a tree narrowly missed a couple's motorhome. 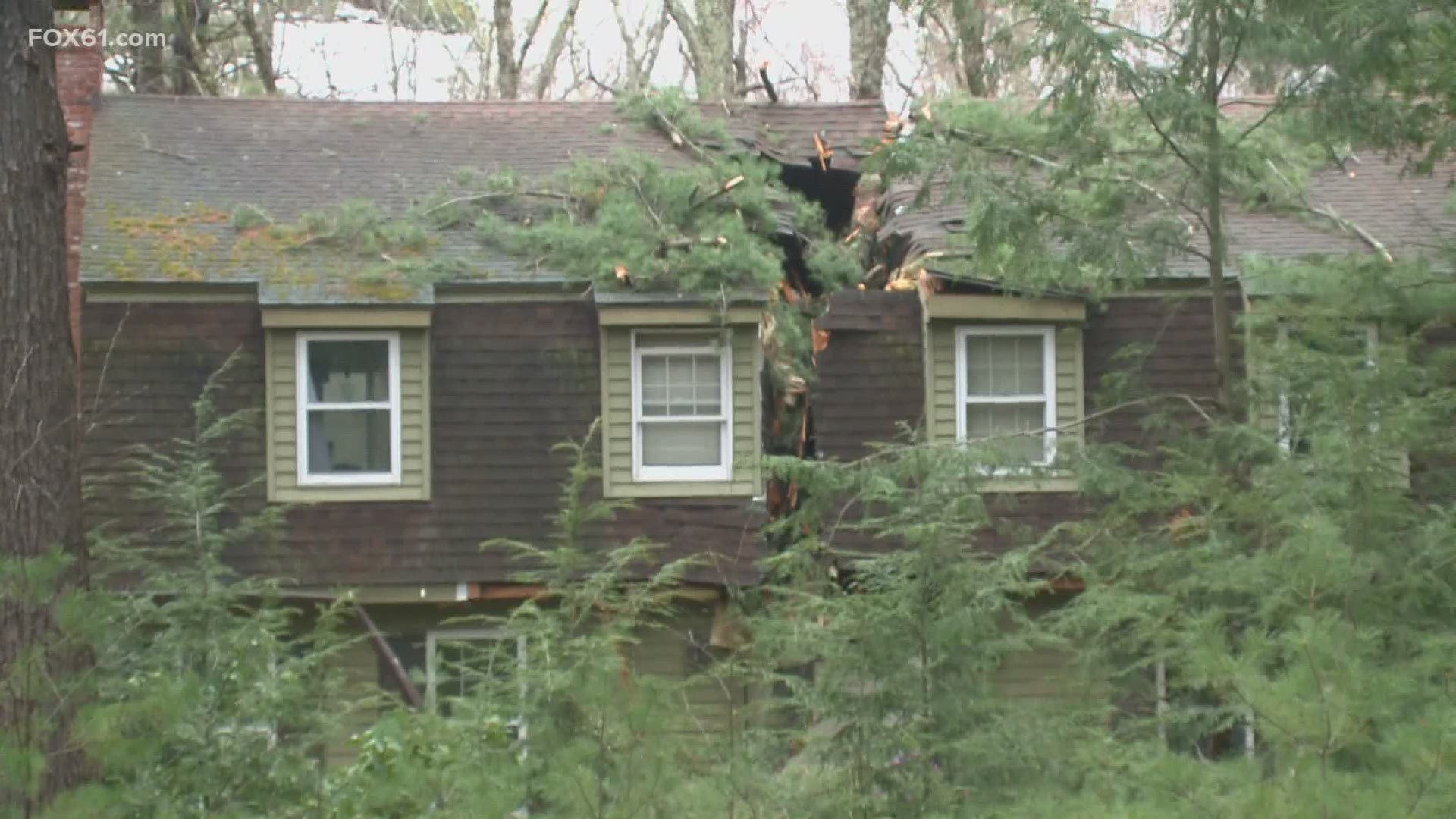 SUFFIELD, Conn — Wednesday's storm brought down trees and wires in several different towns around the state and left behind damage.

Several roads in Suffield were closed due to downed trees and wires, including Newgate Road, where a tree narrowly missed a couple's motorhome.

"I was working out upstairs and I actually saw the tree fall down in slow motion and I'm like oh my god! It was crazy. And then the lights went out," Alison Gotkin of Suffield told FOX61.

"Well, it happened in about 30 seconds. The ground was covered in sleet and hail and just a force of wind came through," Perrelli said.

In Simsbury, a family is also feeling grateful that everyone is okay after a tree fell on top of their home. The tree split their roof and the front of the house.

"There's leaks in different spots upstairs coming down you can see the tree in the roomlike on the bed," Brittney Rankin added.

She was inside the home at the time the tree fell, in the next room over.

Here’s a look at some of the damage caused by a fallen tree at a Simsbury home. More on storm damage from around the state today coming up on @FOX61News 📸: Brittney Rankin pic.twitter.com/CoxkHzWXLg

"I had my headphones in but it was still very very loud just a very loud bang," she said.

Three children were also home at the time. No one was hurt.

Rankin said her heart was racing.

"Nobody was in the room and we're all fine," she said.

The storm also caused a bit of an inconvenience for drivers in many towns, with crews closing off roads to work on repairing downed powerlines and clean up fallen branches.

A portion of RT. 179 in Canton was closed off for fallen wires, and Floydville Road in Granby was closed because of a downed tree. In Barkhamsted, the storm brought hail.

"I was caught completely off guard I was sitting here, it sounded like a normal kind of storm, I heard the wind pick up and there was rain, and my dogs were out on the back porch," Wes Poole of Barkhamsted told FOX61. "It just ramped from there, it started with little pea-sized hail, and by the time it was finished I had like garbanzo bean chickpea type hail," he said.