Its maximum winds are estimated at 60 mph. 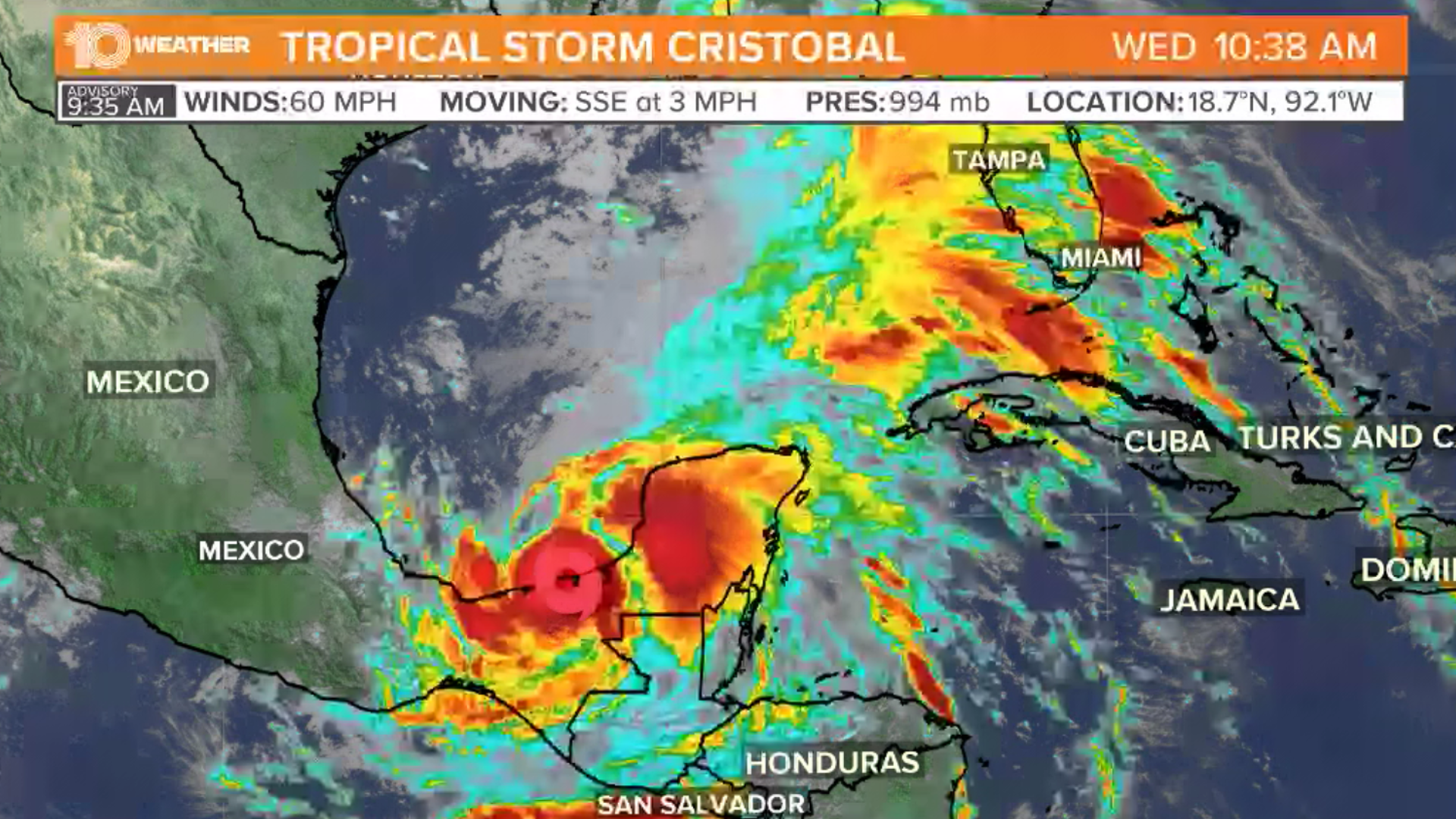 ST. PETERSBURG, Fla. — The Atlantic hurricane season is off to a busy start with its third tropical cyclone on the books -- the earliest in recorded weather history.

On Wednesday morning, Tropical Storm Cristobal made landfall in Mexico, with sustained winds at 60 mph.

All eyes that have been on the disturbance tracking over the extreme southern Gulf of Mexico is now Tropical Storm Cristobal. The 10 Tampa Bay Weather team notes Cristobal becomes the third named storm of the Atlantic hurricane season, even though hurricane season officially began just Monday.

#Cristobal makes landfall. It will weaken over the next day and then start to turn north back into the Gulf toward the U.S. https://t.co/ptRUmNxTNU

The storm is expected to weaken over the next day and then start to turn north, back into the Gulf of Mexico, towards the U.S.

The previous record for the earliest third named storm in the Atlantic Basin is Tropical Storm Colin on June 5, 2016, according to Phil Klotzbach, a meteorologist at Colorado State University.

Tropical Storm Cristobal is related to former Pacific Tropical Storm Amanda that developed -- and quickly weakened -- over the weekend. The storm has not been renamed Amanda because the circulation of the storm was disrupted by the mountains between the Pacific Ocean and the bay.

Since a new surface circulation has now formed in the Atlantic Basin, the storm gets the new name, Cristobal, from the Atlantic hurricane name list.

RELATED: Hurricane season begins June 1: What do you need in your emergency kit?

This storm isn't expected to move very much initially, and will likely stay near the Mexican coastline through midweek. However, by the weekend, the forecast gets more interesting.

Computer forecast models bring Cristobal toward the northern Gulf Coast. However, it’s even possible that Cristobal migrates back over Mexico and runs into mountains and dissipates.

If this scenario happens, we could see yet another named storm develop from this energy. While it does not appear that a tropical system from this energy will directly impact Florida, it is expected that tropical moisture will get pulled north with the system, which will likely bring us increased rain chances later this week.

This is the latest "cone of uncertainty," which shows an area where the center of the system could go, when and how strong it might be at the given time. 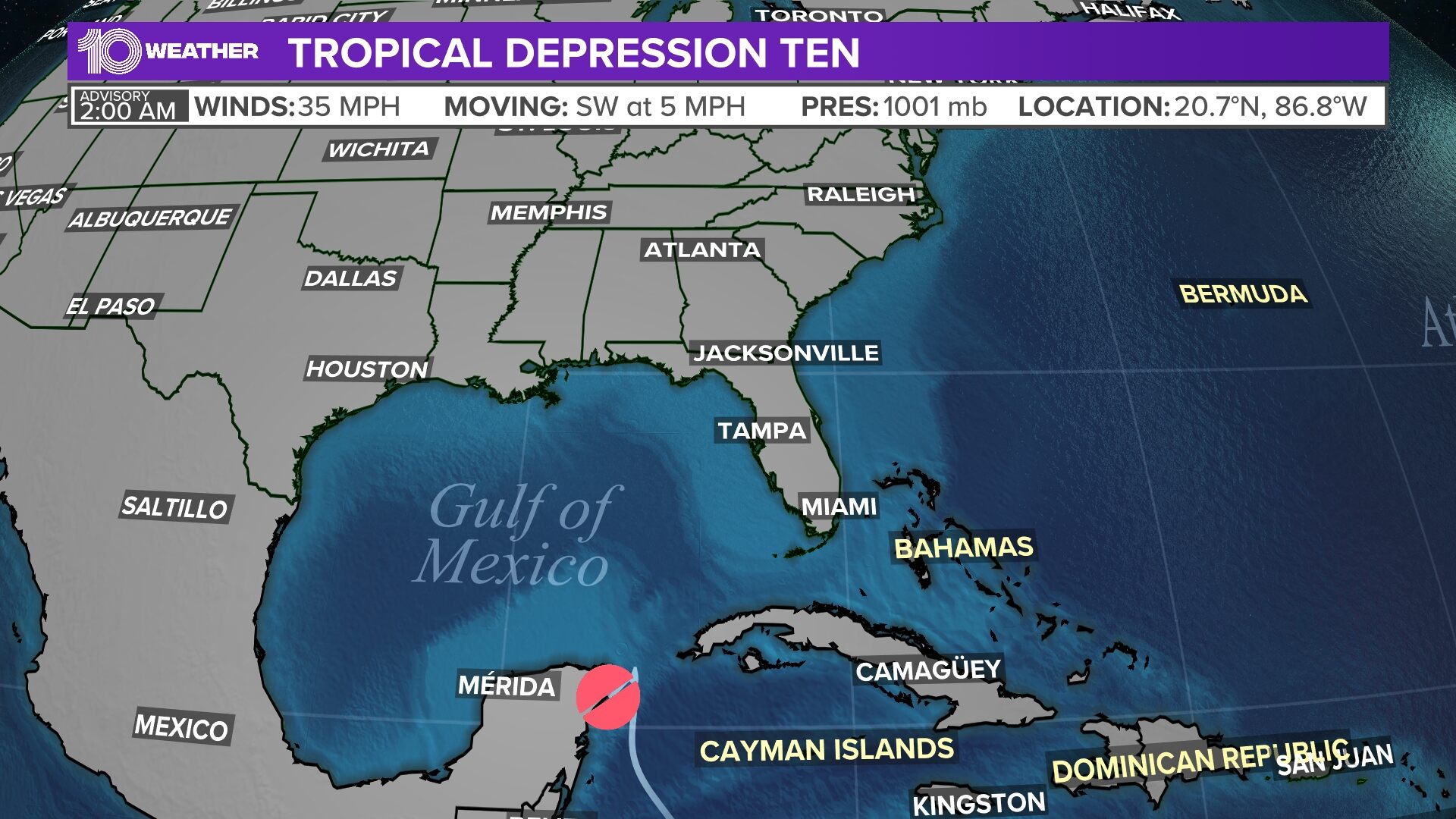 Each line represents a computer model's best "guess" of where the center of the system will go. Together, they look like "spaghetti." Remember, impacts from a tropical system can and do occur miles away from the center. RELATED: Hurricane season begins June 1: What do you need in your emergency kit?

RELATED: 6 years in a row, a named storm forms early in the Atlantic