Eta isn't only storm, NHC also tracking another storm and one possible system

The National Hurricane Center is tracking Eta, Theta and now, what may soon become Iota. 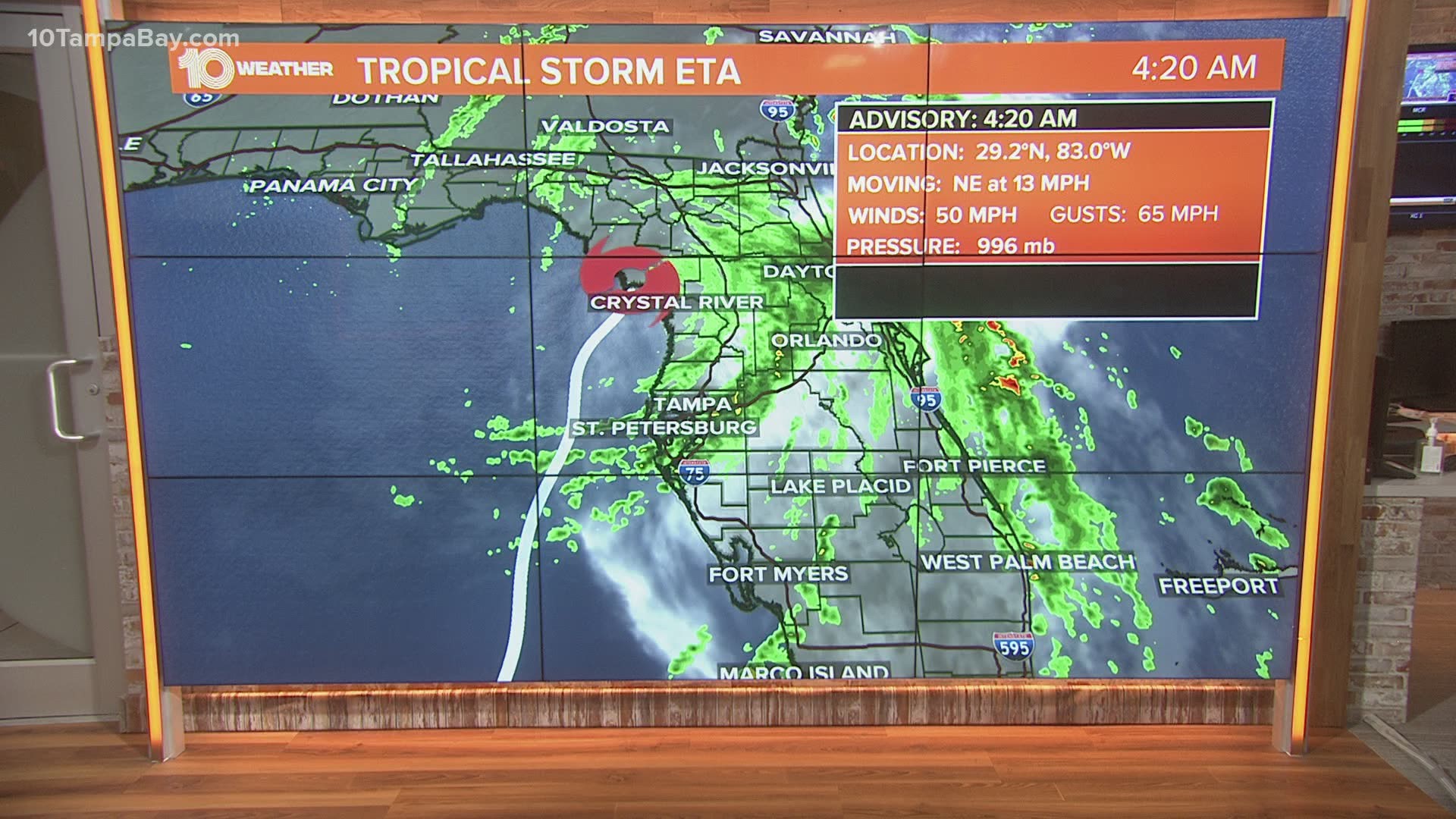 TAMPA, Fla. — Tropical Storm Eta has been the main threat to Tampa Bay this week, but the National Hurricane Center is tracking two other disturbances.

Disturbance 1 is a tropical wave that is over the central Caribbean Sea, where it continues to produce a cluster of showers and thunderstorms. This tropical wave is likely to develop into a tropical cyclone over the next five days.

Environmental conditions are forecast to be conducive for development, and a tropical depression is likely to form within the next couple of days. This storm has an 90-percent chance of development. If is becomes a tropical storm, it would be named Iota.

While it’s too early to know if this will have any impact on Florida, it is a system we will need to track closely.

We also have Tropical Storm Theta over in the eastern Atlantic Ocean. It's a record-breaking 29th named storm of the season.

Theta transitioned from subtropical to a tropical storm earlier this week. It is about 455 miles south-southwest of The Azores and has maximum sustained winds of 65 mph. As of the latest advisory, it's moving east at 12 mph. Slow weakening is expected to continue.

This storm is no threat to the United States.