UPDATE as of Tuesday, March 10: The Hartford St. Patrick's Day Parade has been canceled according to the parade's website. Mayor Luke Bronin's office said that the city will work with parade organizers to determine whether the parade or another celebration of Irish culture can be rescheduled for later this year.

Erika Arias and Tim Lammers with guest commentator Jim Moriarty will host the live steaming on FOX61.com and live broadcast on CW20 beginning at 11:00am on Saturday, March 14, 2020.

The parade will step off at 11:00am from the State Capitol, rain, snow, or shine, and will end at Hartford’s Memorial Arch. The Greater Hartford St. Patrick's Day Parade is organized by the Central Connecticut Celtic Cultural Committee (C.C.C.C.C.), a civic group committed to fostering, promoting and celebrating the contributions of Irish and Irish-Americans to Central Connecticut's vibrant communities. 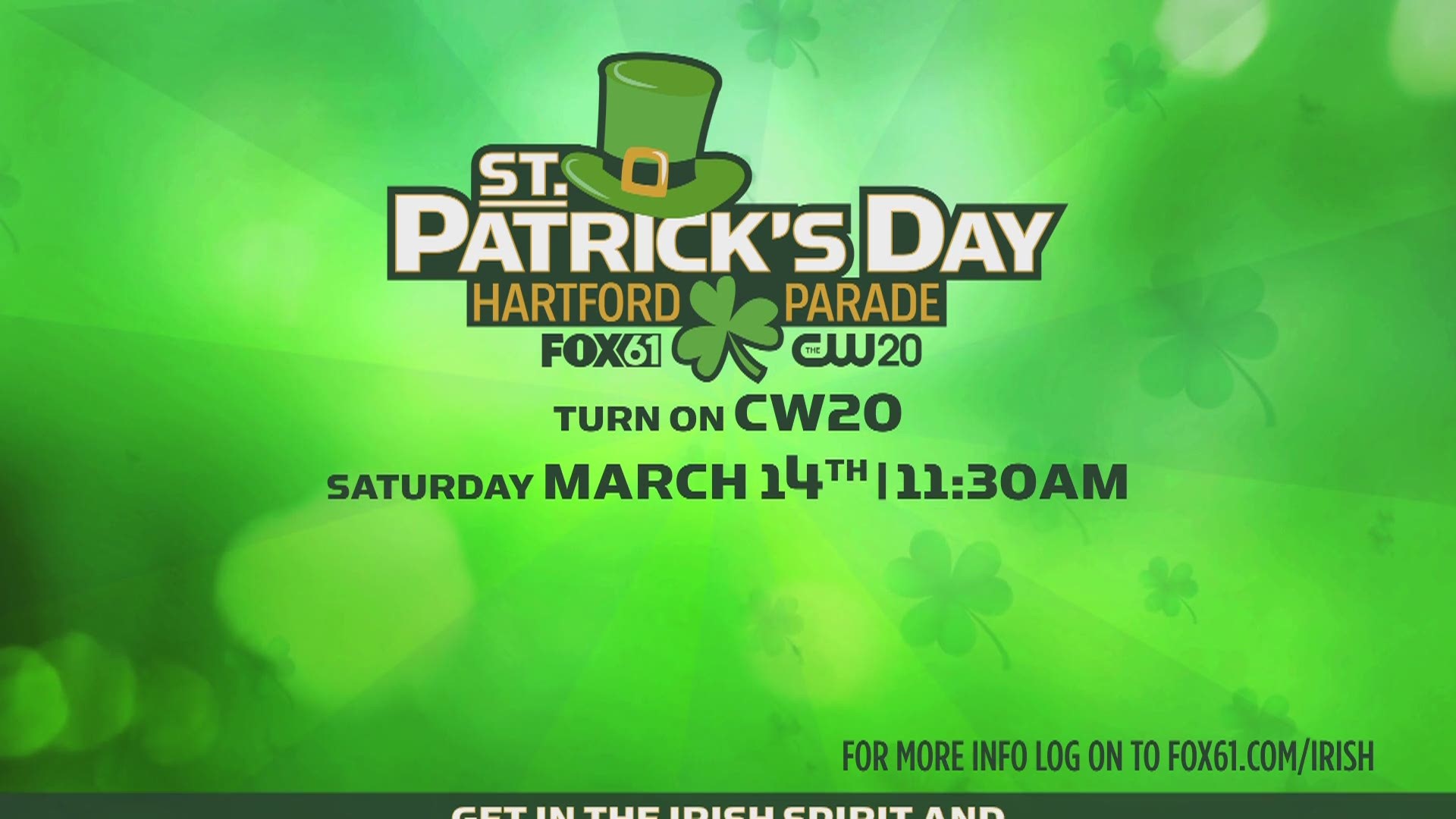 Brought to you by the following sponsors: The Connecticut Science Center, Scranton Motors Inc., AirTemp, Electrical Connection and Freed Marcroft.