Setting their sights on Southington, the 'Race for Chase' training is in full stride

The Race for Chase honors Chase Kowalski, who was a victim of the Sandy Hook shootings in December of 2012. 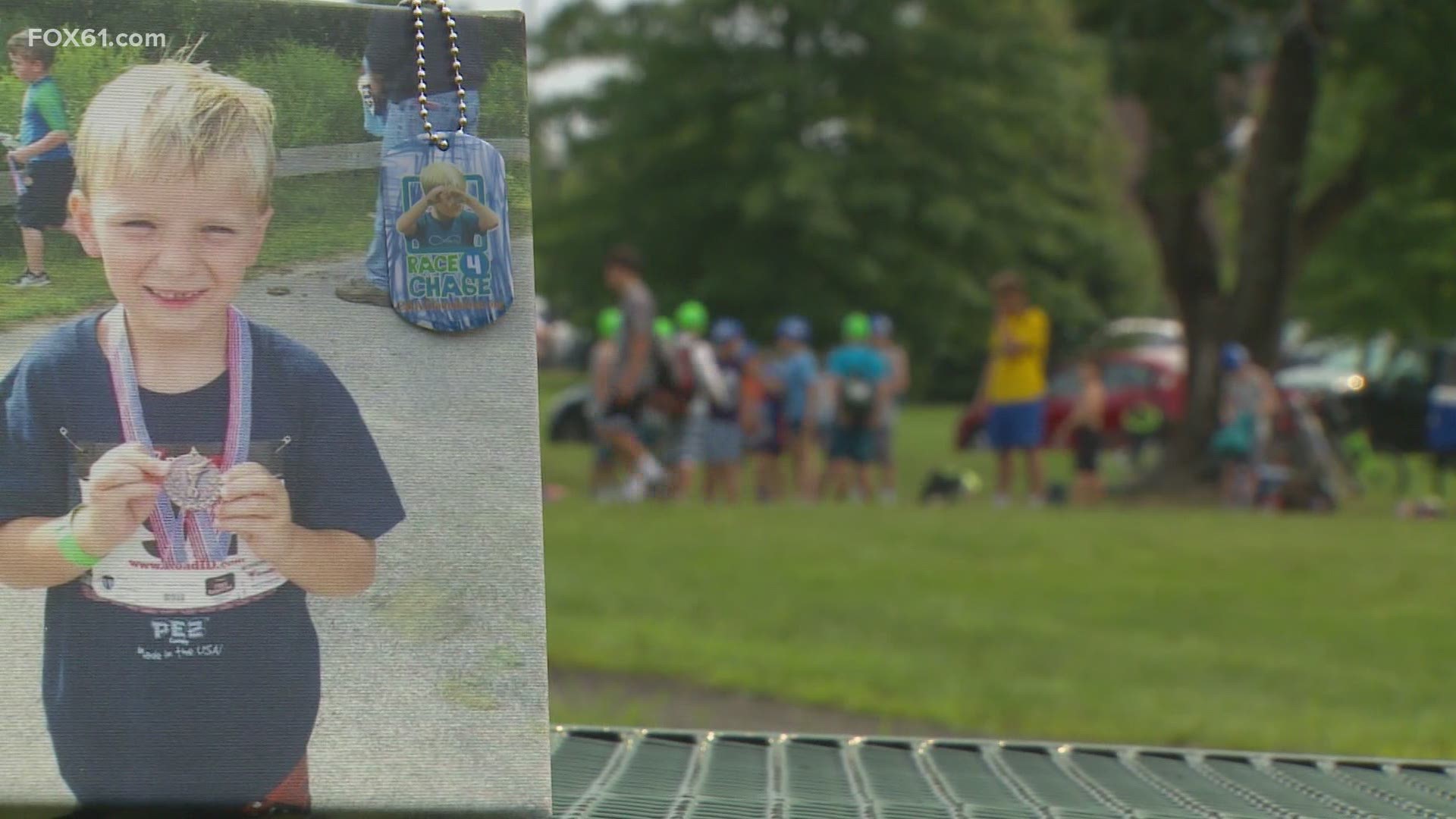 NEWTOWN, Conn. — Now in its eighth year, the kids' triathlon event known as the “Race for Chase” is in sprint mode as July 31st approaches.

The Race for Chase honors Chase Kowalski, who was a victim of the Sandy Hook shootings in December of 2012. Just 7 years old at the time, Chase was a huge fan of triathlons, and even participated in a kids triathlon.  It’s why Chase’s parents began the races in the first place.

“We have four states involved in our programs,” said Chase’s mother Rebecca Kowalski. This summer, the Newtown Community Center has joined on to include kids ages 6 to 12 in the six-week-long free training programs to ready kids for the Race for Chase. “This has been a labor of love,” Rebecca added.

Race for Chase programs are going on at about 15 other locations in Connecticut, many of them at YMCAs. The races, which are a one-mile run, a one-mile bike ride, and 75 yards in the pool, also are put on in Rhode Island, Massachusetts, and South Carolina.

Erin Kowalski, Chase’s sister, who now coaches kids for the race at the Newtown Community Center said of her group of young athletes, “to see them keep his memory alive with me is amazing to see.” Rebecca added, “even Covid didn’t stop us.”