Police now also have an arrest warrant for the company's owner. 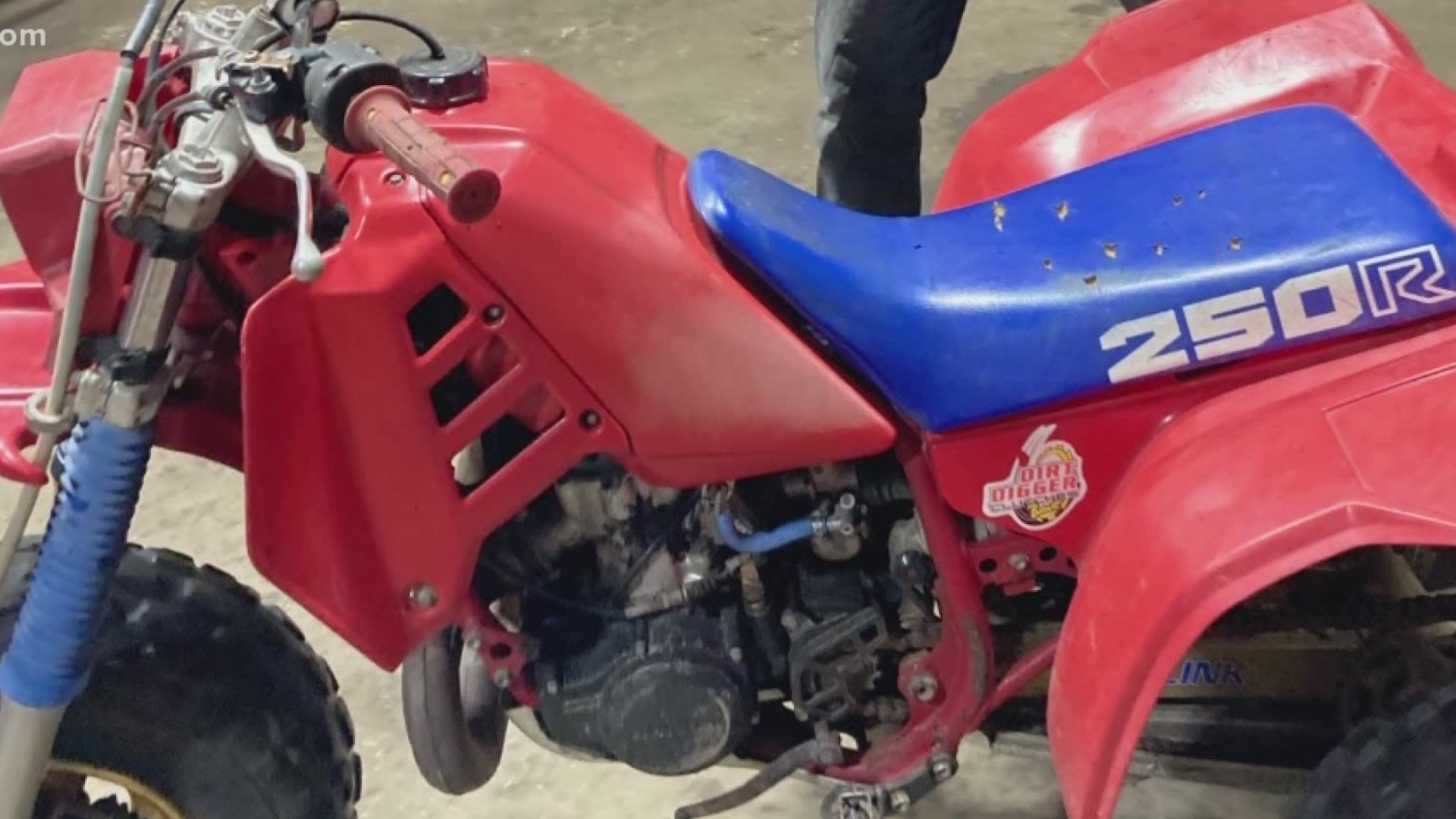 Police now also have an arrest warrant for the company's owner for allegedly shooting at the thieves.

The burglary took place last Friday shortly after 4 a.m. Workers at the company have been trying to figure out who stole their ATVs and dirt bikes because it is evident the burglars knew exactly what they were doing in the surveillance footage.

"I can’t have my trike in my garage without someone taking it?" said Billy Olmstead of Olmstead Contracting.

Last Friday, shortly after 6 a.m., Olmstead got a call from his brother who said his phone alerted him of a break-in at their company's garage shortly after 4 a.m.

The burglary was captured on their surveillance camera. It showed two people with their faces covered up and stole two ATVs and a dirt bike. They did not touch the yellow ATV as they knew it did not work.

Olmstead told FOX61 they cut through the bolt lock on their door to get inside.

He said he and his brother are looking into who is responsible.

When officers arrived, they noticed one of the stolen ATVs abandoned outside of the garage.

Shortly after, Olmstead's brother and the responding officer spotted the getaway car roughly two hours after the incident.

He and the officer ran after the car. Wolcott Police said Olmstead's brother suddenly fired shots in the direction of the car, something they said he should not have done.

"You can see him taking out a pistol and shooting at the person who’s fleeing, who the officer’s chasing so what we are going to do is investigate the burglary and hopefully we’ll be able to find out who did that but we’re also doing an arrest warrant for the victim of the burglary," said Wolcott Police Chief Ed Stephens.

The thieves are still on the loose.

Chief Stephens said it is not the first time there have been reported thefts near the Town Line Road area. Most of the time, he said these are people who have committed similar crimes before.

"There’s a lot of times we catch these people. They’ve been arrested before for larceny and no one goes to jail for just committing larceny," added Chief Stephens.

While the ATV's and dirt bikes were worth a total of over six-thousand dollars, Olmstead said money is not even the issue here.

Olmstead Contracting is offering a $1,000 reward for anyone who recognizes the burglars or has any information leading up to their arrests.