Late fall and winter may bring a new surge, but new cases and hospitalizations are declining. 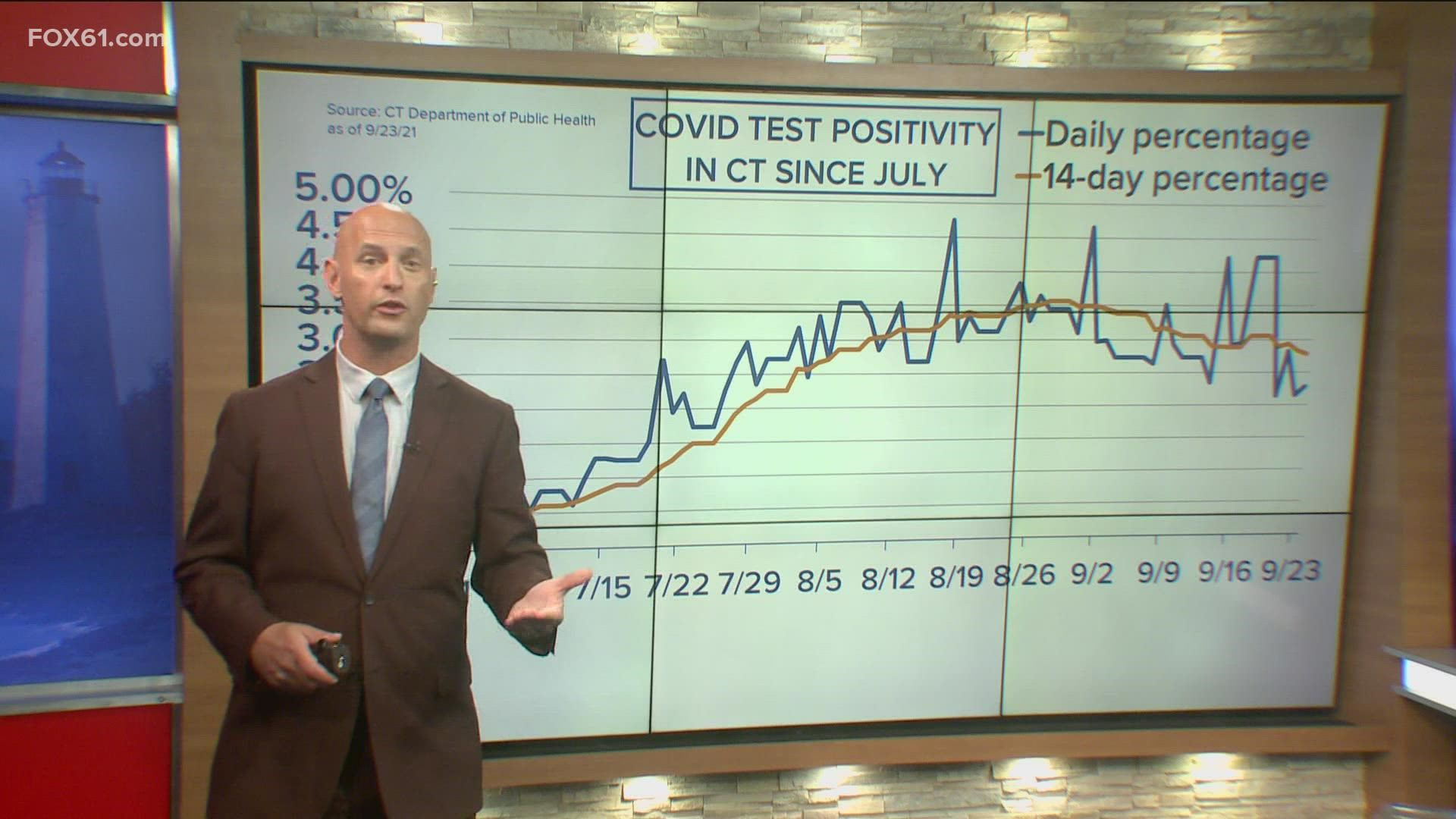 HARTFORD, Conn. — In Connecticut, the worst wave of the coronavirus was clearly over the winter. That’s not a surprise - a lot of respiratory viruses like the flu tend to surge in the winter when people congregate indoors, so we may still have a way to go with the delta variant because of the cold weather that’s coming.

Credit: FOX61
The delta wave appears to have peaked in Connecticut a month ago.

For now, though, Connecticut is doing relatively well, because we’re seeing the fruits of all those vaccinations. We’re already a month past our peak of the delta wave, which was in late August, and the opening of schools hasn’t caused any jumps yet.

Even though this wave came on strong - because the delta variant is so incredibly contagious - it wound up peaking at a level well below that of the winter surge, and even a bit below the spring break bump in April.

That’s not the case in other parts of the country that aren’t as well vaccinated.

Credit: FOX61
Like test positivity, the hospitalizations curve peaked at a lower level in Connecticut than both the winter surge and spring break bump.

It’s the same story with hospitalizations, which never made it to 400 in this wave, which is only one-fifth as many as we had when the pandemic first came to Connecticut.

The only metric which is maybe seeing a rise is, admittedly, in the most important statistic – deaths.  Those lag all the other indicators by at least a couple weeks, which may be why they’re rising now.

Connecticut is up to just under five deaths a day, when back in July we were averaging one death per week, but compared to where we’ve been, these are still tiny fractions.

Credit: FOX61
COVID-related deaths in Connecticut have plummeted as vaccination lees have increased.

RELATED: 2 countries with high COVID vaccination rates dropping many or all restrictions

If the above graph wasn’t truncated to cut-off days where over 200 deaths were reported, it would be even harder to see the bump in the rolling average, which is represented by the orange line.

Once again, you can see the effect that vaccinations have had. We didn’t have them during the winter surge, but we did for the spring break bump and delta wave, and those respective rises look more like blips, not peaks. 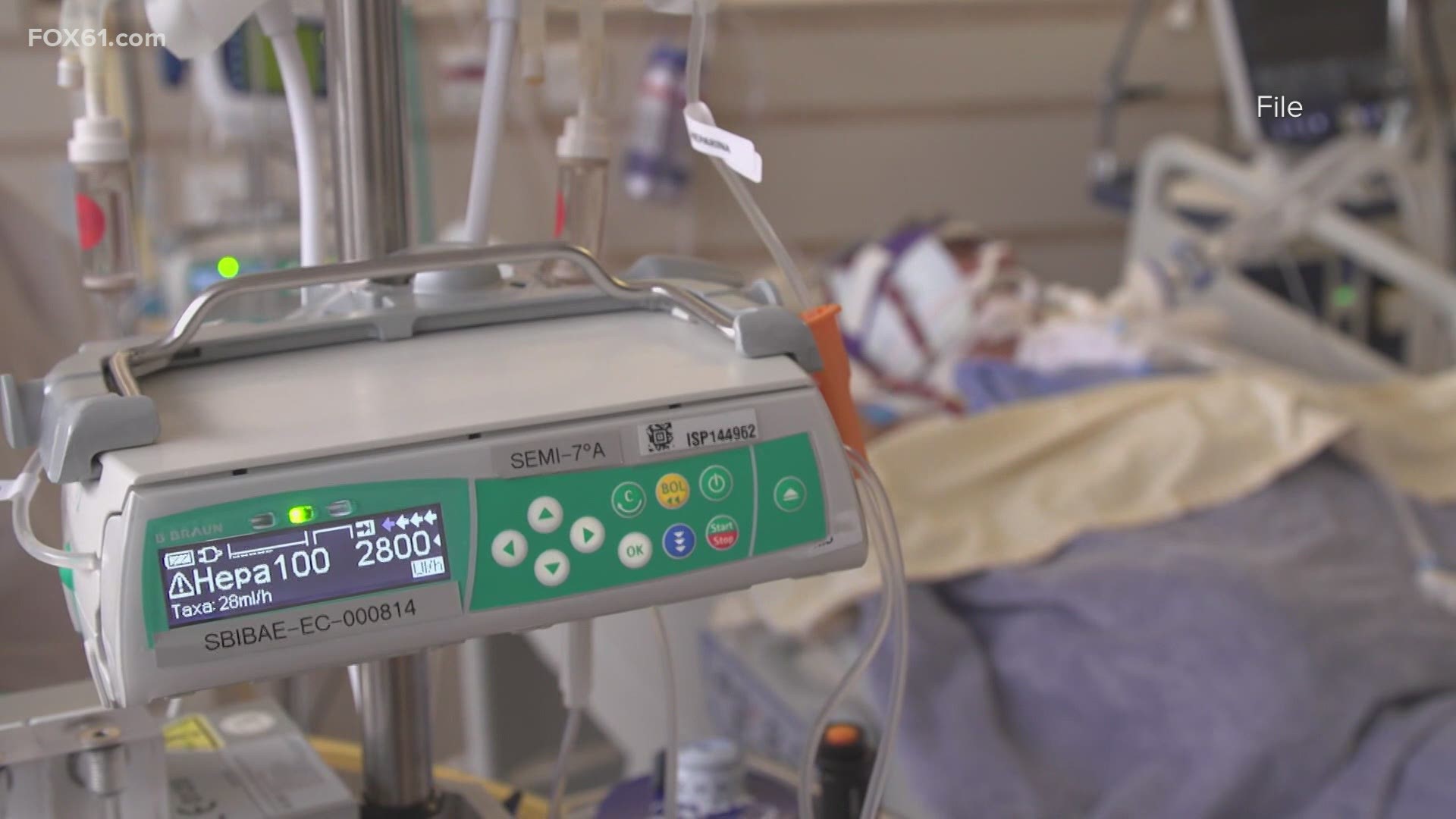