The governor thanked Public Health Commissioner Renée D. Coleman-Mitchell for her service to the State of Connecticut. 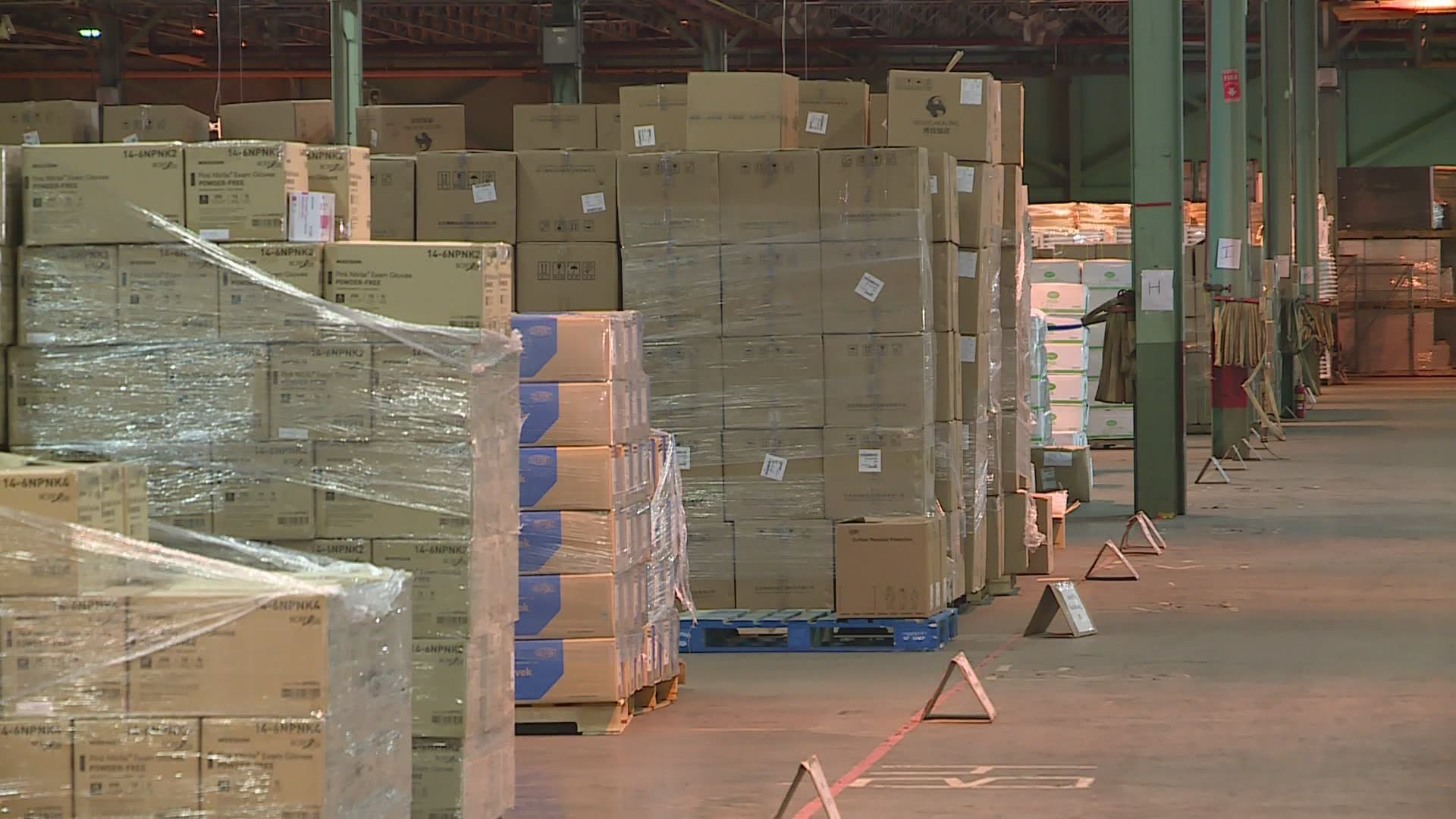 According to a release, Department of Social Services Commissioner, Deidre Gifford will serve in that role, effective immediately.

The governor was asked about the switch while touring a warehouse filled with PPE Tuesday morning in New Britain.

"We knew that we were moving from simply managing the pandemic to figuring out public health long-term as part of our reopening strategy and I just had to make a decision. I thought this is a good time to make a change," Lamont said.

Gifford will serve as commissioner for both departments for the time being. Lamont says Gifford’s background along with coordinating the two departments would be better as the state approaches its partial reopening date may 20th.

“I wanted really close coordination when it came to our health effort and public health effort and that’s why I thought DSS and DPH work even more closely aligned made really good sense for this next stage we are going through,” Lamont said.

Commissioner Coleman-Mitchell first joined the Department of Public Health in 1986, serving in several roles until 1994, and returned to the agency in the spring of 2019 to serve as commissioner, Lamont's office said in a release.

“I appreciate Commissioner Coleman-Mitchell’s willingness to join my administration and lead one of our most vital state agencies, which is responsible for overseeing so many critical public health needs,” Governor Lamont said.

Gov. Lamont said Coleman-Mitchell’s service over the last year has been a great deal of help, particularly in the face of the global COVID-19 pandemic.

"I thank her for her advocacy on behalf of the health and safety of our residents, and for being a dedicated partner in service to the State of Connecticut," he continued.

According to a release, from 2016 to 2019, Gifford served as deputy director for the Center for Medicaid and CHIP Services at the Centers for Medicare and Medicaid Services in Washington, DC, prior to to joining the state's Department of Social Services.

She was co-founder and project director of Rhode Island’s multi-payer Medical Home demonstration from 2005 to 2011 and served as Medicaid Director in the Rhode Island Executive Office of Health and Human Services from 2012 to 2015.

“The ongoing COVID-19 pandemic has required every state agency to even more closely align with each other and sync our operations to deliver a coordinated response for the people of Connecticut," Commissioner Gifford said. "I am determined to continue these efforts for the duration of our emergency response and beyond."

Late Tuesday, Coleman-Mitchell released a statement through her lawyer:

“It has been an honor to serve the state of Connecticut as Commissioner of the Department of Public Health.

“When I was appointed by Governor Lamont just over a year ago, I said that I would serve his administration with an unwavering commitment to the public health needs of our communities, I would give honest advice; and I would do so without regard to politics. I believe I have fulfilled that commitment.

“I was informed by the Governor’s staff that the decision to move the Department of Public Health in a different direction was not related to job performance. I take them at their word.

“I am proud of the work of the Department of Public Health during this time of unprecedented turmoil and threat to the public health. Our coordinated response to the COVID-19 public health crisis earned praise from public health experts around the country. Our citizens have uniformly praised our efforts to keep communities safe. As we have seen this virus ravage underrepresented and underserved communities, we have been resolute in assuring that those in our most vulnerable communities were protected.

“I am most proud of my role in promoting and implementing creation of COVID recovery facilities, which will help make our retirement and elderly community populations safer and less susceptible to the indiscriminate suffering that the virus causes. Indeed, our plan was praised by David Grabowski, a professor of public health care policy at Harvard Medical School who told NBC News in an interview this week that it is “really the safest approach.”

“I thank Governor Lamont for the opportunity to serve his administration I look forward to greater opportunities to come.”