A pro of an age-based system is simplicity and speed. But some say a potential con is it lacks an equitable distribution. 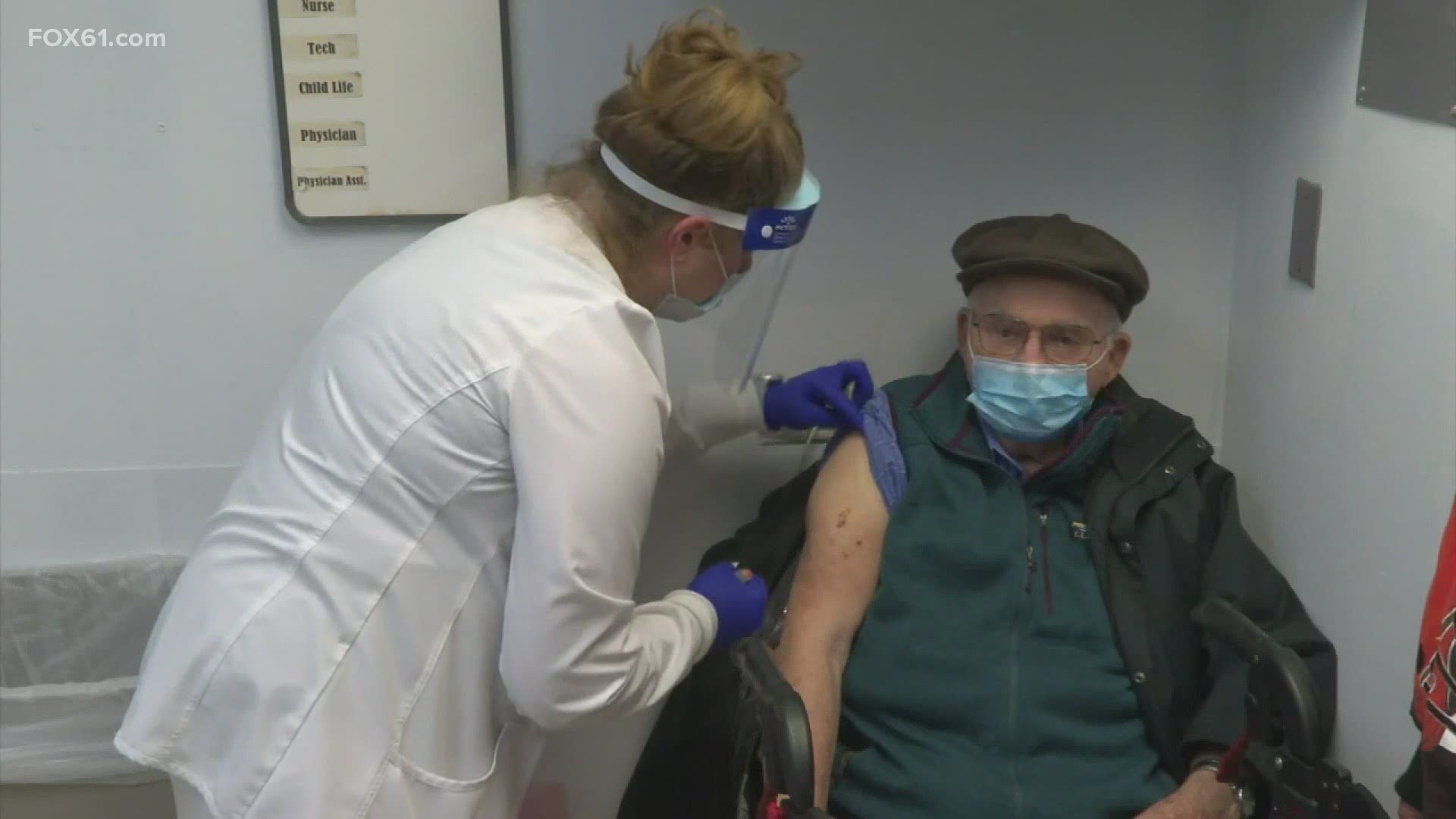 CONNECTICUT, USA — FOX61 continues to take a deep dive into the new vaccine priority program that is based exclusively on age, with one exception, educators, and childcare providers.

A pro of an age-based system is simplicity and speed. But some say a potential con is it lacks an equitable distribution. Scrapping essential workers and people with co-morbidities didn’t go over well with the general assembly's Black and Puerto Rican Caucus. They say the plan lacks equity. "We don’t get to call them essential and treat them like sacrificial lambs literally being led to slaughter. They should be in the priority along with anyone who is compromised when it comes to their health and that’s usually black and brown people because of the health disparities," said Democratic State Rep. Robyn Porter.

But the state says they are setting equity targets for providers and that adding what would have been 1 million people to the vaccine queue would have been too complicated to prove eligibility and would have overwhelmed the system. "You saw websites crashing around the country, in Massachusetts for starters," remarked Gov. Ned Lamont.

Community vaccinators like the Central Connecticut Health District are now shifting gears to prioritize based on age. But what about that 30-year-old healthcare worker who's part of 1A, but may have waited to get a shot? "They are not going to get a front-of-the-line status now. They are just going to have to fit in with the rest of them as far as that’s concerned," remarked Charles Brown, the Director of the Central Connecticut Health District.

There is one group of essential workers that is eligible beginning Monday educators and childcare workers. "We were kind of thrown a hot potato," said Brown. So, what will those clinics look like? "In some cases, there will be clinics held in high school gyms for example. In other cases, there are already places set up by the local departments of health," explained Fran Rabinowitz, the head of the Connecticut Association of Public School Superintendents.

The Central Connecticut Health District just met school leaders in the communities they serve. Will they be ready by Monday? "We are spread a little thin right now," remarked Brown. "We are providing community clinics to reach 65 and above and really hitting the most vulnerable people within our communities. Now we have this mission tasked with us."

While a favorable FDA analysis of the Johnson & Johnson COVID vaccine and a swift FDA approval could put the state on a path to accelerate the vaccine timeline.