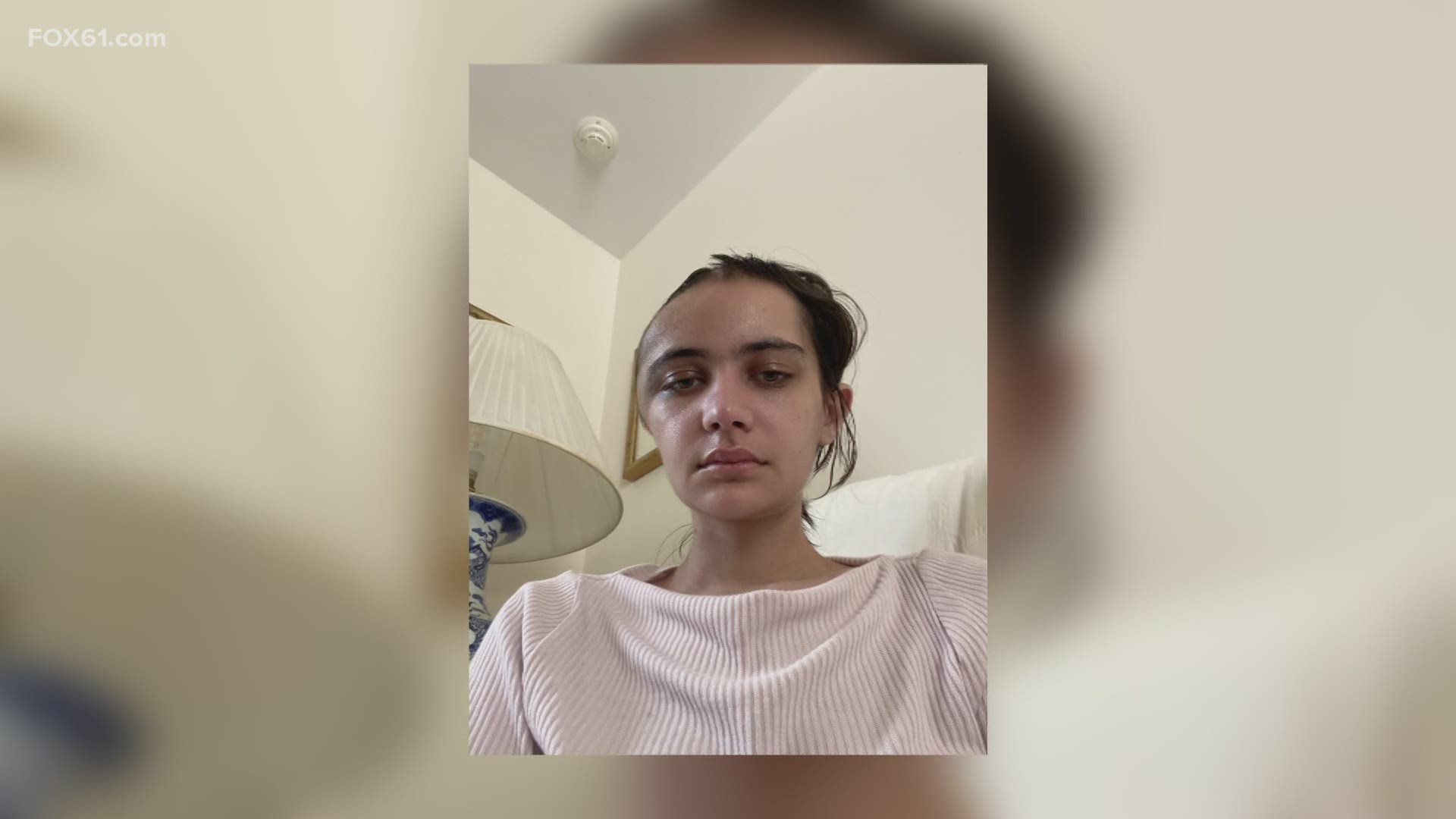 GREENWICH, Conn. — A young Connecticut woman left with traumatic brain injuries is now suing the co-owner of the Philadelphia 76ers.

The lawsuit alleges a piece of furniture flew off his condo and struck her in the head while walking in New York City, causing the injuries.

The incident happened when 24-year-old Annabel Sen said she was walking in New York with her boyfriend in January. According to a newly filed lawsuit, she "was struck by a heavy wooden lounge chair which fell from the terrace of the 12th-floor penthouse apartment of the 15 Union Square West condominium."

With months spent in and out of the hospital and three brain surgeries, the road to recovery for Sen is long.

Sen's parents are now suing the owner of the penthouse, Philadelphia 76ers co-owner Michael Rubin. She's also suing the management and owners of the building itself.

Her lawyer, Benedict Morelli said Sen had to undergo emergency brain surgery to save her life.

"One of the terrace lounge chairs blew off the terrace due to high winds and fell twelve floors and hit her in the head. She's lucky she's alive," Morelli said. "They took off about a third of her skull called a craniectomy, and that saved her life."

Rubin's spokesperson did not go into detail while speaking with FOX61 due to the pending lawsuit but said Rubin has not lived in the penthouse for years. Rubin was reportedly renting the penthouse to two individuals, both of which are named in the lawsuit.

The complaint also notes a $6,250 citation that the city of New York issued the condo following the incident. The complaint read, "wooden lawn furniture left on the patio was unsecured…"

"She had her entire life ahead of her at 24 years old," said Morelli. "It's a tragic thing when people are so careless and so negligent that they can change the course of someone's life in an instant."

Sen, originally from Connecticut, has since moved back in with her parents in Greenwich. She had to quit her job and put a master's program at Harvard on hold. Her parents are hoping for a full recovery, but it isn't guaranteed.

"They are very upset, but they're rooting very hard for her to regain the Annabel Sen who they knew and who she was,' Morelli said.