At the Wood Memorial Library and Museum, Monday was a day to honor Native-American people, history, and culture. 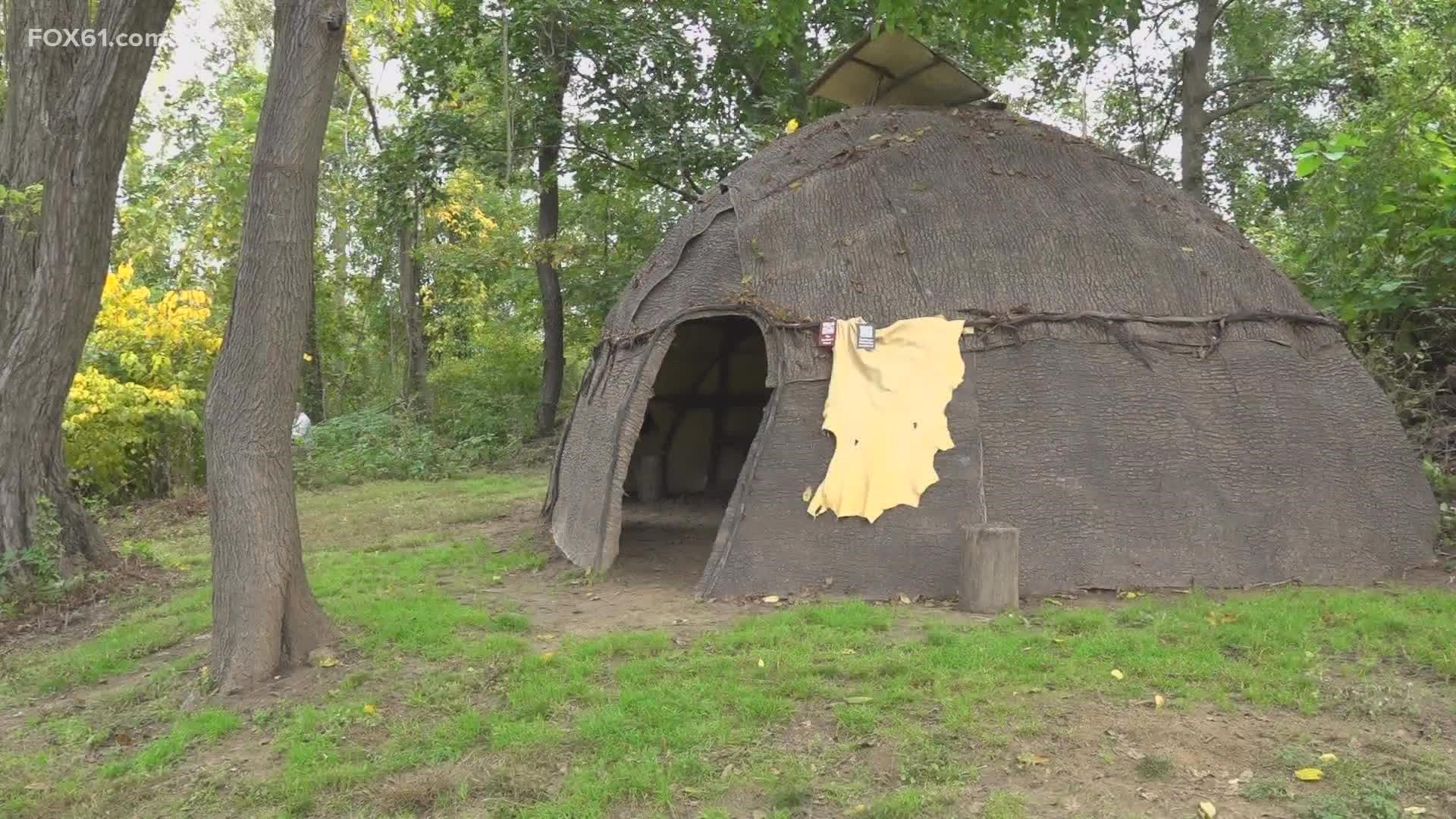 In South Windsor at the Wood Memorial Library and Museum, Monday was a day to honor Native-American people, history, and culture.

“The indigenous people were the stewards, the first inhabitants of this land for thousands of years they successfully lived and they thrive along the meadows in South Windsor,” Liz Glaviano, Director of Education for Wood Memorial Library and Museum, explained.

Glaviano said Indigenous Peoples Day is meant to illuminate the past not erase the history.

“We want to look at the people who Columbus encountered, and the people whose stories haven't yet been told or just starting to be told.”

The Library & Museum hosted its first ever Indigenous Peoples Day at its Nowashe Village, which is an outdoor museum of Indigenous life that sits behind the library—transporting people through New England's Woodland Era.

Staff says through celebrations, they are educating and peeling back the many layers of South Windsor history.

“We're just here educating people teaching people and showing people some of the stuff that we do," Dylan Smith, of the Shinnecock/Montauk/Unkechaug Tribal Nations said.

Executive Director, Carolyn Vennesaid celebrating Native American Culture through education and activities is something they are passionate about and have done for decades.

“We hope that people remember that Native Americans are not gone," Venne said passionately.  "There are so many different tribal nations throughout New England, that are still trying to preserve their culture on a daily basis.”

In Derby, at Sons and Daughters of Italy, Monday was also a day of celebration.

“To recognize the role of Italian Americans in contributing to our society of making this country what it is today,” Rep. Rosa DeLauro; (D) Connecticut said.

“They built more than build Connecticut physically, they built our culture, and our government and most important our liberties,” Blumenthal added.

Yet, no matter the celebration or title, Galviano said it's all American history.

RELATED: 'Black and brown history has to be relevant' | Black History Trail opens in New London

“We're not taking anything away from Columbus," Galviano stressed. "What Columbus has done in history is there forever, it will forever be in the history books.”