Miguel Cardona was appointed to the top education post in Connecticut just months before the COVID-19 pandemic broke out in March. 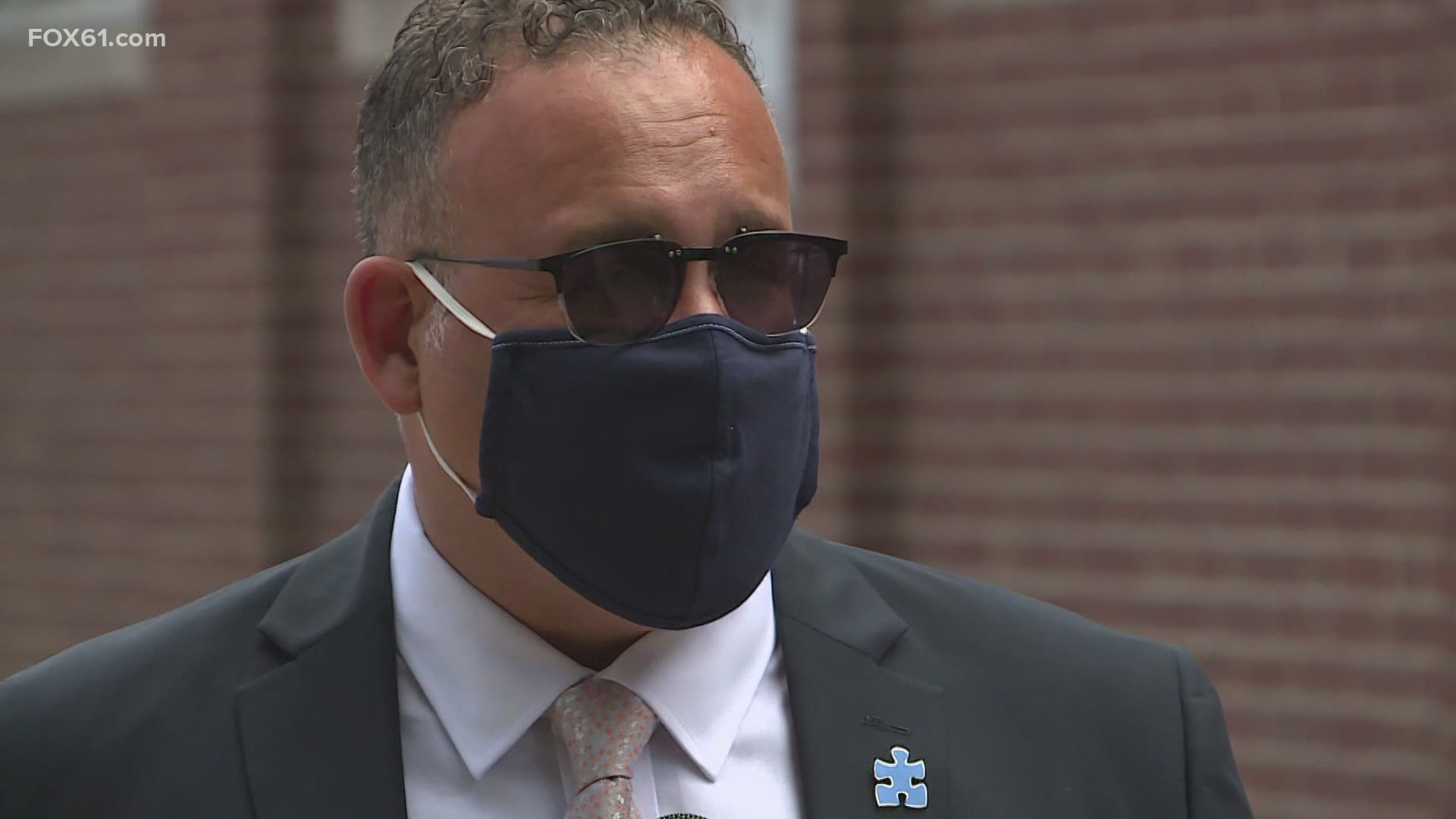 President-elect Joe Biden has chosen Miguel Cardona, the education commissioner for Connecticut and a former public school teacher, to serve as education secretary.

Cardona was appointed to the top education post in Connecticut just months before the COVID-19 pandemic broke out in March. When schools moved to remote learning, he hurried to deliver more than 100,000 laptops to students across the state. Since then, however, he has increasingly pressed schools to reopen, saying it's harmful to keep students at home.

If confirmed, his first task will be to expand that effort across the nation. Biden has pledged to have a majority of U.S. schools reopened by the end of his first 100 days in office. Biden is promising new federal guidelines on school opening decisions, and a “large-scale” Education Department effort to identify and share the best ways to teach during a pandemic.

An educator will lead our Department of Education.

I am proud to nominate Dr. Miguel Cardona to ensure our teachers are taken care of, and our children have an opportunity to thrive.

Cardona, 45, was raised in a housing project in Meriden, Connecticut, and went through the city's public schools before returning to work as a fourth-grade teacher in the district in 1998. At age 28 he had become the youngest principal in the state before working his way up to assistant superintendent of the district.

As an educator, he has devoted his work to improving education for English-language learners and closing achievement gaps between students of color and their white classmates. Both issues have been perennial struggles in Connecticut, which for decades has had among the widest achievement gaps in the nation.

Cardona's doctoral dissertation at the University of Connecticut examined how to boost the “political will” to close gaps between student who are learning English and their peers. It's a personal issue for Cardona, who has said he entered kindergarten only speaking Spanish and struggled to learn English.

He was chosen to help lead a 2011 state task force that studied how to close learning gaps in Connecticut and issued dozens of recommendations. In an update on the work in February, Cardona said the state's gaps have been closing but not quickly enough. At the current rate of progress, he said, it would take until 2060 to erase disparities.

The pandemic has only heightened his concerns about education inequity. In a September video message to special education teachers, he said the pandemic has “further exacerbated gaps in achievement. You are the lieutenants in that battle to close those gaps.”

Those concerns drove his work with Democratic Gov. Ned Lamont to provide computers and wireless internet devices to students across the state. In December, Connecticut said it had become the first state to distribute laptops to every student who needed one.

But that isn't enough, Cardona has said. He recently drew attention to new state data showing that students who are learning online have missed twice as many days of class as those attending school in-person. The data also showed that students with high needs, including those learning English, are far more likely to be considered chronically absent this school year.

Over the summer, when schools were crafting plans to reopen, Cardona urged all schools to provide in-person instruction to all students. Recent state data show that few students learned entirely in-person in October and November. But even as virus cases climbed in the fall, Cardona pushed more schools to reopen, saying there was no evidence of transmission in schools.

"Our position has always been when you can get students into the classroom, that’s the best option,” Cardona told state lawmakers in October. “There is no replacement for that experience in the classroom with a teacher."

His position has sometimes put him at odds with teachers unions, which have called for school buildings to be closed until safety measures are met, and also with some parents who say schools should be ordered to open. Cardona has sought to balance their interests by pressing for reopening without mandating it.

My friend Miguel Cardona is everything you would want in a Secretary of Education. A classroom teacher, a fighter for educational equity, a consensus builder. He has risen quickly through the ranks for a reason.

Despite their occasional conflict with him, a coalition of Connecticut education unions previously supported his candidacy as Biden's education secretary. In a Dec. 18 statement, the coalition said Cardona has been tested by the pandemic and “would be a positive force for public education."

“While this challenge has been a rocky road — and many issues remain unresolved — teachers and school support staff have appreciated his openness and collaboration,” the group wrote.

Cardona was also backed by the Congressional Hispanic Caucus, which has pressed Biden to appoint more Latinos to Cabinet positions. In a letter to Biden this month, the group cited Cardona's accomplishments and said he “fully grasps the challenges that English as Second Language (ESL) Learners, Latinos, and other minority students face in America's classrooms.”

Beyond the pandemic, Biden's education secretary will also be tasked with reversing an array of policies established by Secretary Betsy DeVos. Throughout his campaign, Biden depicted DeVos as an enemy of public schools and vowed to install an education chief with experience working in public schools.

He vowed to revoke Trump administration policies including DeVos’ recent rules on the handling of campus sexual assault.

Biden's education plans also include measures that align with Cardona's interests. The Democrat has pledged to triple federal Title I funding for the neediest schools to ensure that “no child’s future is determined by their zip code, parents’ income, race or disability.” Biden is also proposing free preschool and policies meant to make the nation's schools and teaching force more diverse.

In December, Connecticut said it had become the first state requiring high schools to provide courses on Black and Latino studies. Cardona praised the measure, saying that “identities matter.”

“The fact is that more inclusive, culturally relevant content in classrooms leads to greater student engagement and better outcomes for all,” he said in a statement.

Cardona and his wife, Marissa Pérez Cardona, have two children.