FARMINGTON — A candlelight vigil was held Friday evening to remember their teenage daughter who was killed in an accident 12 years ago on Route 6 in Brist... 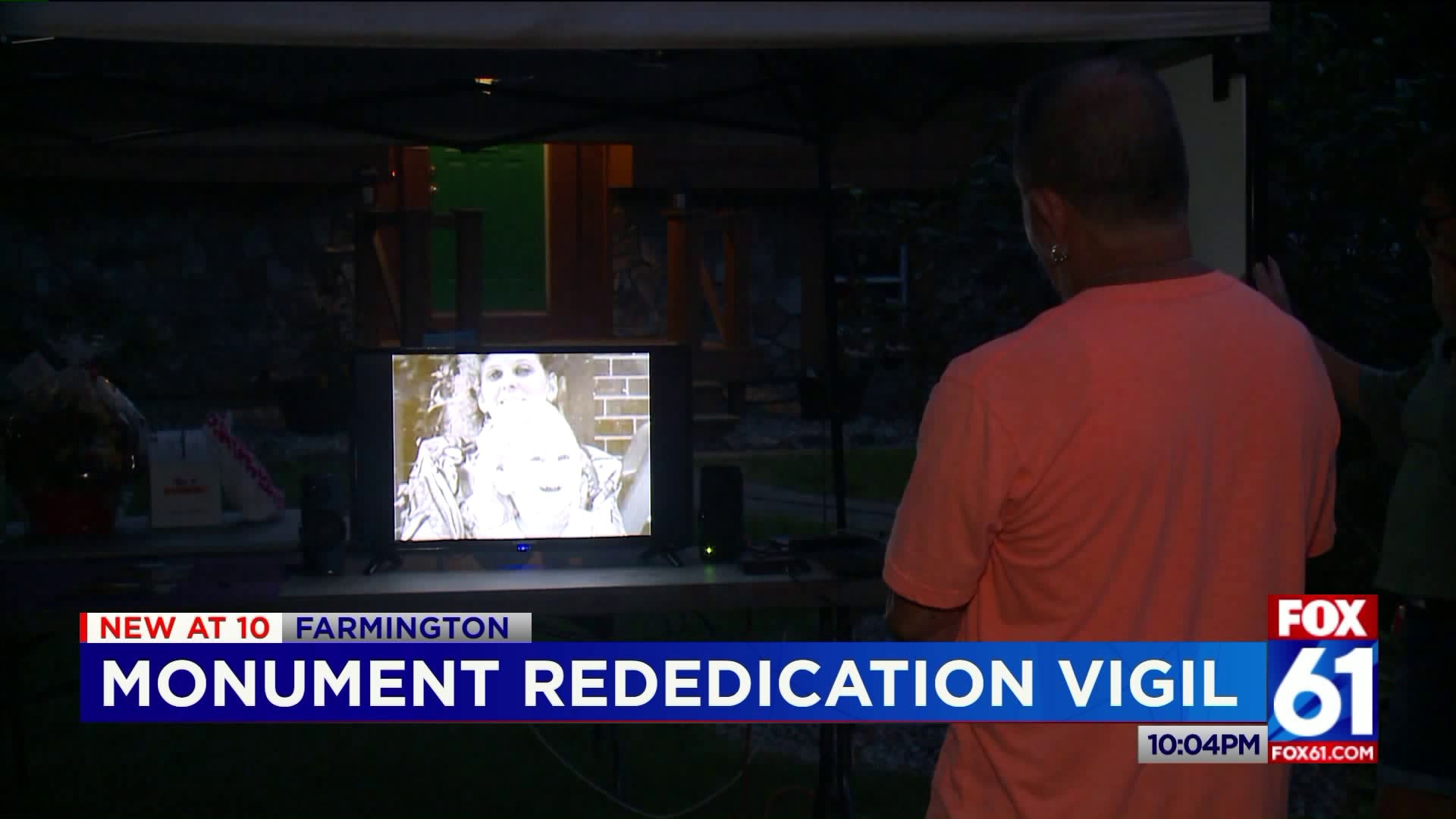 FARMINGTON -- A candlelight vigil was held Friday evening to remember their teenage daughter who was killed in an accident 12 years ago on Route 6 in Bristol.

On top of that, her monument was also recently vandalized.

Alyssa Roy, 16, of Farmington was killed in a bad car accident because her driver was going 140 miles per hour.

Amy Roy is a mother of three who is still grieving over the loss of her daughter.

Alyssa was in the car with three others when the driver suddenly lost control of the car and hit another car, an accident that instantly killed all four people inside - Alyssa Roy, the driver Sean Landry, Jordan Gagnon and Myles Gosselin.

Alyssa's parents only have a memorial video and monument to remember her by.

Alyssa's monument was originally at Farmington High School for ten years when it was recently vandalized.

"They marked it on both sides on her face I have no idea why," added Amy Roy.

Since then, the monument has been moved to Alyssa's home in the front yard.

Her father, Dave Roy said seeing his daughter's monument every morning gave him more motivation to publicly speak out about the dangers of teen driving.

"If you buy your kid a race car because it’s cool, guess what? Your kid’s going to race. Not to say they’re not going to drive fast in another vehicle but if you opt to buy your kid a WRX or a souped up Camaro and you think they’re going to do the speed limit, think again," said Dave Roy, Alyssa's father.

Police are still looking for whoever is responsible for vandalizing Alyssa's monument. If you have any information, you are urged to reach out to police immediately.