HARTFORD — Marlene Torres sometimes must choose between paying a bill or paying for phone calls that allow her 12-year-old foster son to talk to his father in p... 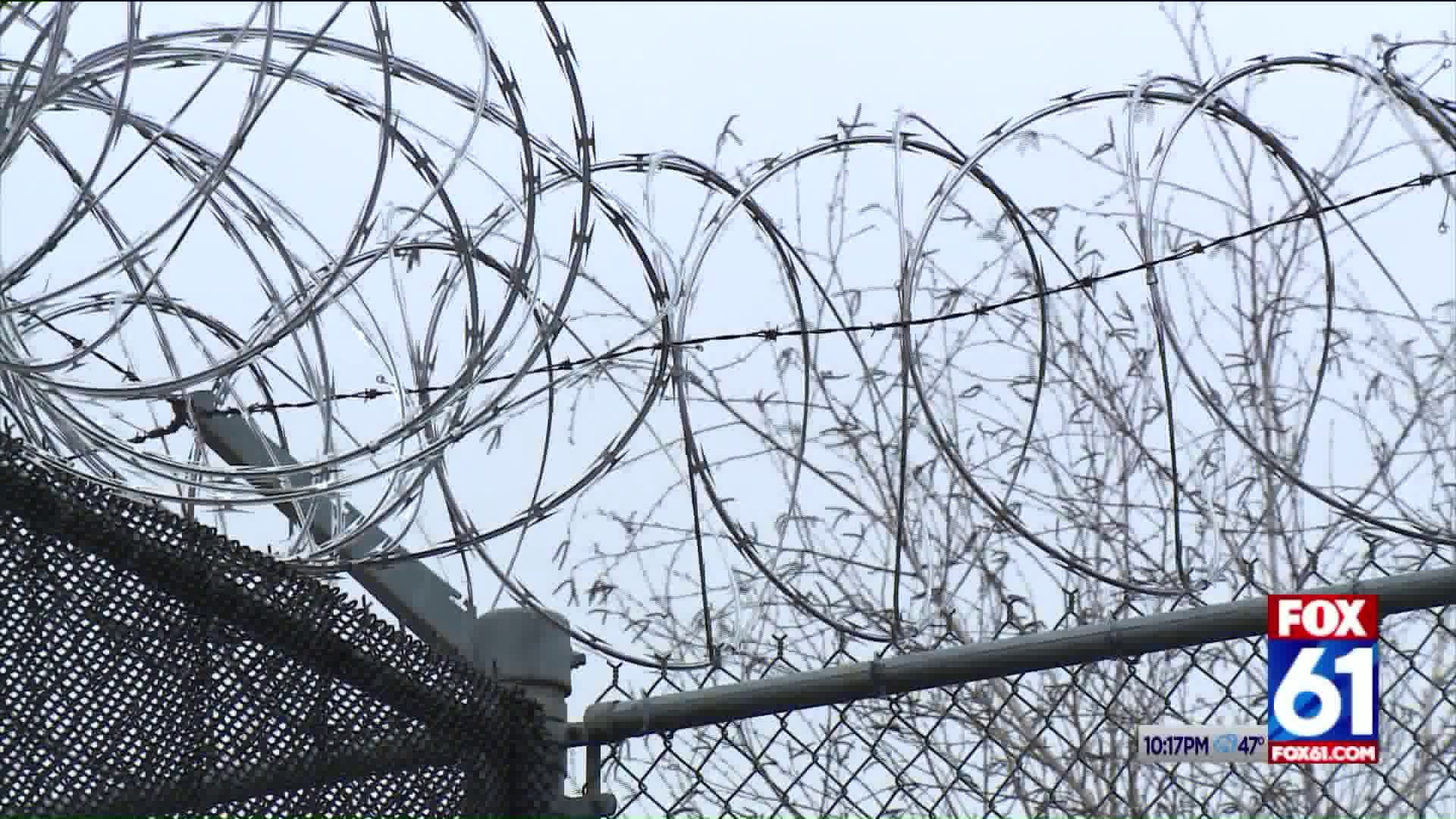 HARTFORD — Marlene Torres sometimes must choose between paying a bill or paying for phone calls that allow her 12-year-old foster son to talk to his father in prison.

"The child has some behavior (issues) at school because his dad is in there," said Torres, 27, of Hartford. "He needs to talk to him, because he does much better when he talks to him."

Torres is among those pushing Connecticut lawmakers to pass legislation that would make the state the first to provide free calls from prisoners. Currently, inmates or their families pay $4.87 for phone calls of up to 15 minutes, the second-highest rate in the nation.

"Is the punishment from prison supposed to be that you are now completely severed from society, an outcast?" said state Rep. Josh Elliott, a Hamden Democrat who introduced the legislation. "Because those are the seeds that we are planting by making this so expensive for people to stay in touch with event their families."

If Connecticut were to adopt the policy, the state would be following the lead of New York City, which began allowing free phone calls earlier this month. The day the policy took effect, prisoners' call volume increased by 38%, said Bianca Tylek, executive director of national prisoner advocacy group Worth Rises.

"The point of making phone calls free to community members and their incarcerated loved ones is to encourage and promote communication," Tylek said. "We can see by New York's effort to eliminate predatory costs, that it has done exactly that."

One obstacle in Connecticut is the potential loss of revenue generated by the calls.

In the 2018 fiscal year, Connecticut inmates made $13.2 million in calls. The state took in $7.7 million in revenue from the phone calls, which are handled by a vendor contracted by the state, Securus.

The state's Judicial Branch and Department of Correction have not taken official positions on the legislation, but judicial officials submitted written testimony to lawmakers saying it does not have funding to replace the $5.5 million it receives each year from the phone call fund for probation programs. The Department of Correction also receives money for its education and re-entry programs.

"The Department of Correction is supportive of efforts that increase communication between offenders and their loved ones, which will hopefully help to reduce the rate of recidivism," said Correction Department spokeswoman Karen Martucci. "Budgetary constraints will certainly need to be considered."

But Elliott said the state should find another way to fund those programs. He said the state is getting what amounts to an improper kickback by negotiating the cost of the phone calls, while at the same time benefiting from the expense to prisoners families.

Inmates or their families must set up an account with a minimum of $20 to prepay for calls. Torres said she can afford about $10 a week.

They receive two-minute warnings when they are about to run out of time and are charged for the full 15 minutes, whether they use all of the time or not. The cost is the second-highest in the nation, trailing only Arkansas, according to Tylek.

Joanna Acocella, Securus' vice president for corporate affairs, said costs vary from state to state based on the infrastructure and services provided.

"The calls we facilitate are supported by extensive monitoring and investigatory tools that prevent them from being used to harass a victim or plan a crime, creating costs far beyond what is involved in a traditional call made outside of a prison environment," she said.

The bill won approval from the General Assembly's Judiciary Committee, but has stalled in the budget-writing appropriations committee. Elliott said he's hopeful to get something passed this session that would at least significantly reduce the cost of calls.

Former inmate Daryl McGraw, who now works with Central Connecticut State University's Children with Incarcerated Parents Initiative, said he spent 10 years of his life in and out of prison for drug-related offenses.

He said the inability to make regular phone calls meant he didn't learn that he had become a father until two days after the fact. McGraw said it would also put an end to an underground prison economy in which inmates sell phone-call time and some weaker inmates are forced to make phone calls for gangs or stronger inmates, who don't want to pay.

Charging the families of inmates to talk to loved ones, he said, runs counter to the Correction Department's efforts to foster family connections in prison, which have been shown to improve the success rate for those re-entering society.

"There is resentment and it creates distrust," he said. "You come home and think, 'Well you didn't love me because you let the phone get cut off. But, it was either the phone or lights."

Support of prisoners from family is important for successful reentry, but it can be expensive. FOX61 found a mom who had to pay for those calls, and she also supports the bill.

“It’s important to me because of the personal experience I have behind this bill, as a mom who has had a son that was incarcerated. I have actually had to incur the cost, the expensive cost of staying in contact with him," explained Robyn Porter 94th District State Rep in New Haven and Hamden.

Phone calls for an offender can sometimes be the only positive contact they have with the outside.

Porter said, “There is someone on the outside, that cares about them and communicates with them, and sees about them. And I think that that link is also important because it keeps them rooted and grounded in something positive and their family experience that they’re lacking on the inside.”

It’s no secret that In the state of Connecticut, the poorest residents, good bad or otherwise, are the ones most likely to be incarcerated. And it’s their struggling families that most often must foot the bill to stay in contact.