WINDSOR — Residents are expressing their outrage following a spill of toxic chemicals into the Farmington River. Now, federal state and local authorities are sc... 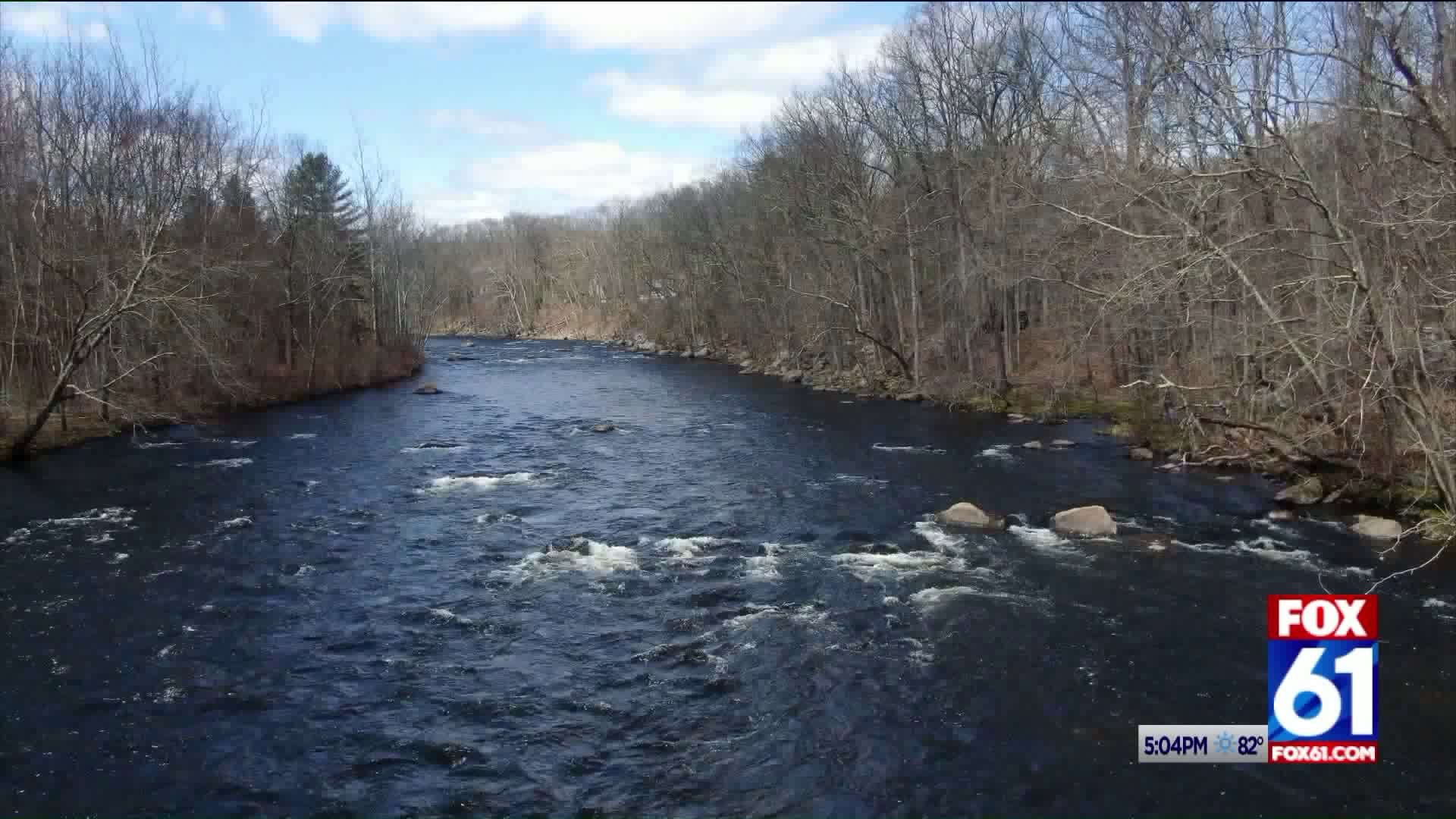 WINDSOR — Residents are expressing their outrage following a spill of toxic chemicals into the Farmington River.

Now, federal state and local authorities are scrambling to clean up and prevent future accidents.

Some federal money is coming to Connecticut to help with the cleanup, but officials want to expand that funding funding to private wells. And they’re calling on the FAA and EPA to officially designate PFAS as hazardous.

“It is a threat, statewide,” said Sen. Richard Blumenthal.

“It’s up to the states to take the lead,” said Gov. Ned Lamont.

People say they are worried.

“I’m worried about the eagles that fish outside my house,” said Laurie Sheldon of Windsor.

The toxic chemicals in fire suppression foam recently spilled into the Farmington River from a hanger at Bradley Airport. Connecticut Airport Authority Executive Director Kevin Dillon said, “Well it was a malfunction of the system. We’ve asked Signature [Flight] to look into that. They are still investigating how that occurred.”

Despite assurances that levels have dropped and the water is safe for swimming, possible links to cancer and other serious health conditions have residents demanding action and answers.

Ann Craven of Windsor said, “This affects my life. It affects everything I do, it affects the fact that I came back from a polluted state and thought I was moving into a clean environment and I still haven’t been notified as to what’s going on.”

Signs are posted in Windsor warning nearby fisherman not to eat their catch. But downstream in West Hartland they’re not too concerned.

“Those chemicals are so far away and the river is so fast it washes just about anything away,” said John Bartley.

The issue is so important, the U.S. Senate passed legislation allowing $100 million to be spent to clean up the water contamination.

“So that any kind of contamination whether in Connecticut or elsewhere can be cleaned up with federal funding,” said Sen. Blumenthal.

Gov. Lamont said the state is forming a task force.

“Right now the episodes in our water supply and other places are just minimal, but the risk is that this can be highly toxic even at the most minimal levels and it stays in our bodies for years and years and years,” said Lamont.

Back at Bradley Airport Kevin Dillon said, “We’re required to use a PFAS foam in our firefighting vehicles.”

But not in their hangers. The solution might be to go without the chemical, but Dillon said, “In some cases some of these non-PFAS foams could be worse than PFAS for the environment.”

Until there’s a more permanent solution, “We’re looking to close off the drains that go into the sanitary system,” said Dillon.

Officials also say there needs to be accountability from the private sector. PFAS chemicals have been used in products like Teflon, Gore-Tex, stain-resistant carpets, and hundreds of everyday consumer products for decades.