Guilford bladesmiths prove they’re a cut above other sword makers

GUILFORD — An age-old art form is in the spotlight thanks to a reality program that showcases the talents of the country’s best bladesmith... 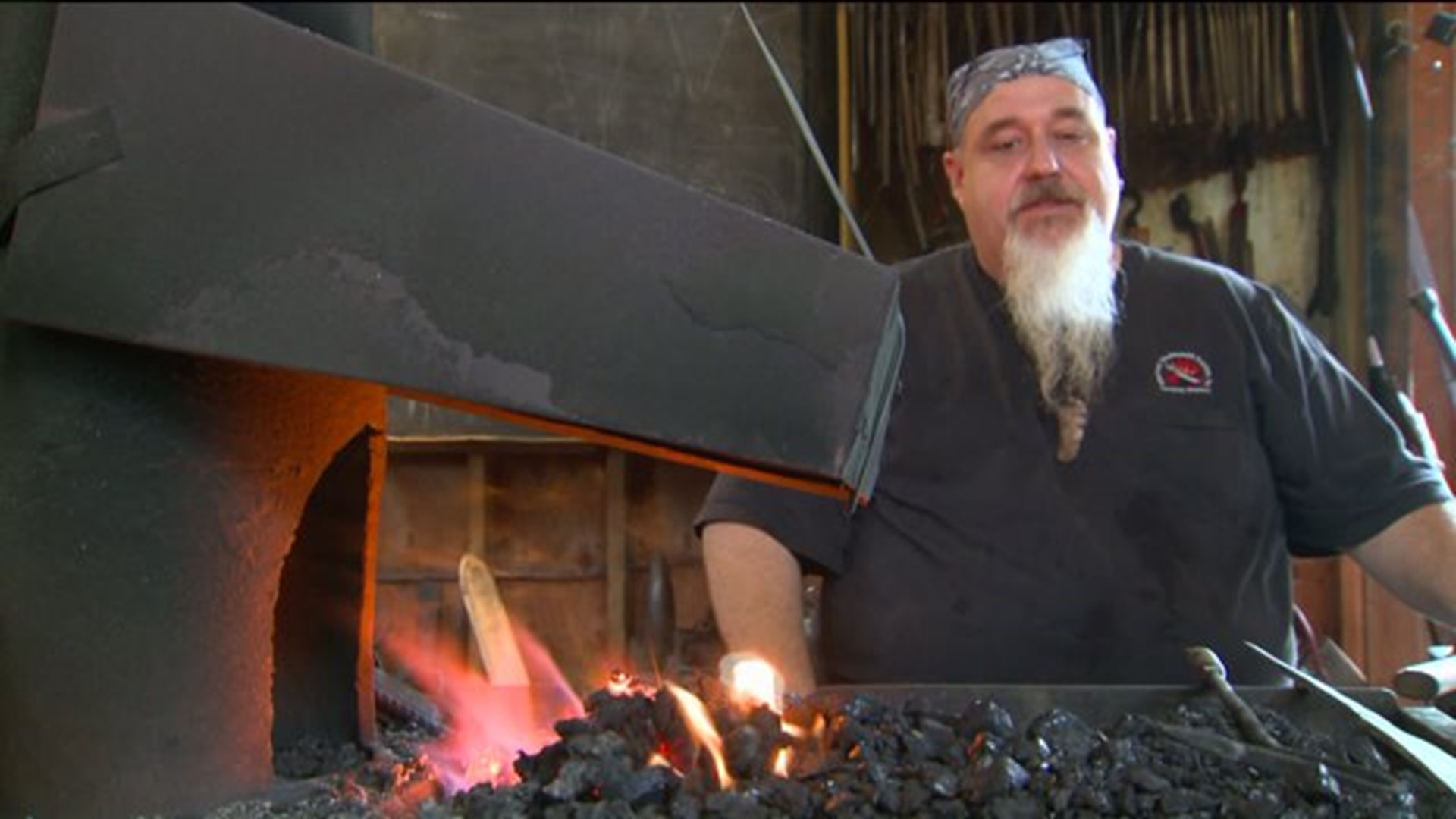 GUILFORD -- An age-old art form is in the spotlight thanks to a reality program that showcases the talents of the country's best bladesmiths.

A bladesmith is a craftsman who makes knives and swords. Mace Vitale, of Guilford, and Matt Parkinson, of Wolcott, both won the competition on the History Channel reality show called "Forged in Fire."

Both Vitale and Parkinson are blacksmith instructors at the Guilford Art Center.

"I just tried to apply everything I've learned to the contest," Vitale said.

Parkinson added that he has noticed much more interest in his work from the public. "You have to be passionate about doing this to be able to stick with it long enough to learn it."

Vitale and Parkinson won $10,000 prizes for finishing first in their respective shows.

Standing by his 2,300-degree forge at the Guilford Art Center, Vitale agreed that Nick Fradiani isn't the only reality star from the town. "When is my parade? I need a parade," he joked.

For more information on bladesmithing classes at the Guilford Art Center click here.