Investigator: Thursday’s Meriden plane crash could have been so much worse 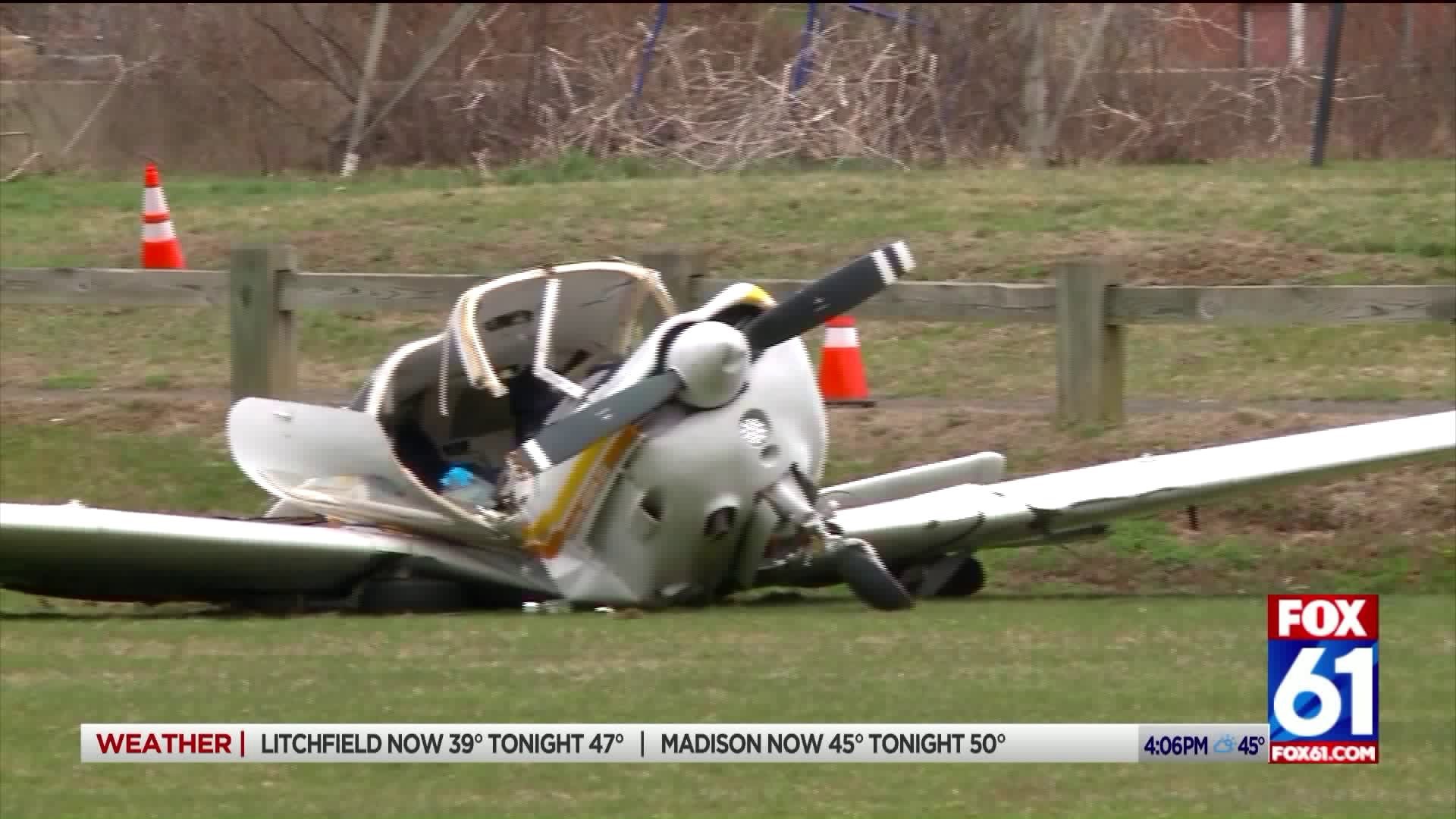 MERIDEN - Connecticut State Police said Friday the plane that crashed on an athletic field at Wilcox Technical High School in Meriden Thursday night did so because it lost power. But, the National Transportation Safety Board, which is the lead investigative agency, has not yet determined why that happened.

The crash hit home for a woman, whose family moved close to Meriden Markham Airport roughly a year ago.

"They dust the tree tops all the time," said Meghan Beck of South Meriden.

At approximately 7 pm Thursday, a single engine, four seater, which is owned by the Westchester (NY) Flying Club, came down after clipping power lines next to the Wilcox Tech athletic fields.

"I was just telling my daughter’s last night when this happened you know it could’ve been so much worse," Beck said.

An investigator told Fox 61 the Piper Cherokee Arrow, with its landing gear down, grazed the top of a high tension power tower. He said it’s probably a good thing that happened. Otherwise, the aircraft may have overshot the athletic field and ended up in the woods or neighboring Hanover Pond.

"In trying to explain to the kids to not be so upset that the Wi-Fi is out, we said be grateful for the fact that these people are alive today," Beck said.

The pilot and his passenger, who thankfully suffered non-life-threatening injuries, had been practicing at the airport, which is less than a mile away.

"They stayed in the pattern," said Constance Castillo, Manager of Meriden Markham Airport. "They went around the pattern a few times and we’re doing some touch and goes."

That essentially means the pilot would touch the plane down on the runway, then give it full throttle and takeoff again.

"One of our pilots that lives nearby actually saw them in the pattern and, then, they heard a pop," Castillo said.

In addition to being the airport manager, she is a longtime pilot, who feels the pop could have been indication of engine failure.

"They probably aimed for a field that was close to the airport in order to do an emergency landing," Castillo said.

Fortunately, the accident happened when it did because Thursday afternoon, on the field, the Wilcox Tech baseball team played a game against Goodwin Tech.

The plane, which was covered with a tarp late Friday afternoon, is expected to be transported off of the property sometime Saturday.