GUILFORD – Many homes this time of year are known to have over-the-top holiday decorations and one home in Guilford has been using their home as an attraction. ... 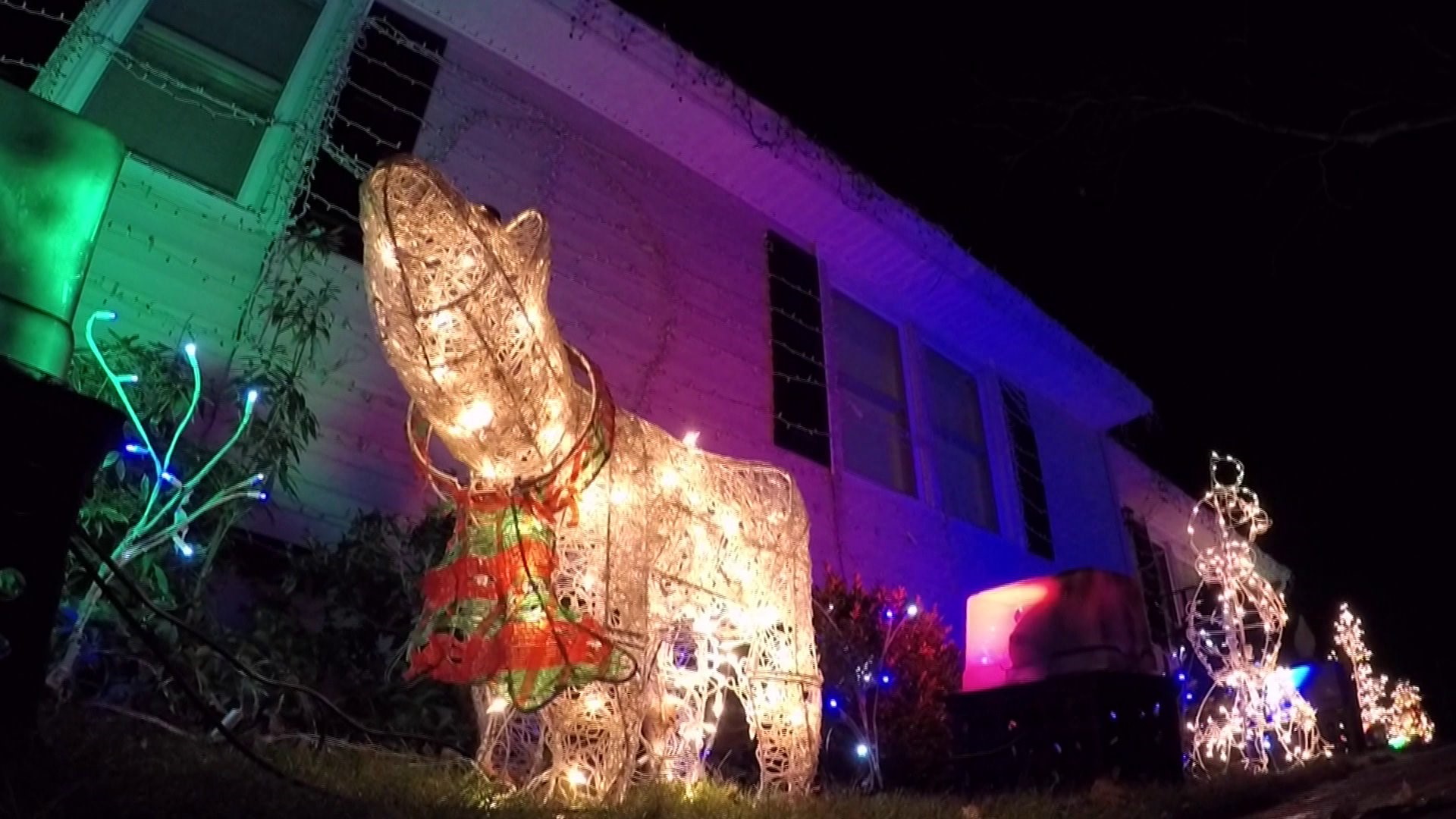 GUILFORD – Many homes this time of year are known to have over-the-top holiday decorations and one home in Guilford has been using their home as an attraction.

However, the owners said it is their final year of doing it after 20 years in the making.

When people drive by 163 Valley Shores Drive, they will tune into 107.3 FM where ten Christmas songs will play. The lights on the home will flash based on the tune of the music. This year, there are a total of 84 circuits and 65,000 lights.

Joe Petrowski Sr. have lived at the home with his wife for close to 30 years. Their son, Joe Petrowski Jr. is the brains behind all of it.

“The thing is … he self-taught himself from a very early age,” said Petrowski Sr.

At seven-years old, Petrowski Jr. was committed to decorating the house during the holidays whether it was Valentine’s Day or Halloween.

“I think it’s the fascination with all the lights,” added Petrowski Sr.

Over the years, Petrowski Jr. has commuted from Boston and New York to Connecticut just to set up the display, a task that can take up to ten days depending on the weather.

“People come, they enjoy it, we’re helping others through the charities,” added Petrowski Sr.

But the family said the commute is becoming tough.

People like Linda Simjian who have been driving from East Haven to the Petrowski’s home for the past ten years said they go several times during the holidays.

“Hopefully he’ll do it! You know, maybe we can talk him into it,” said Simjian of East Haven.

Petrowski Jr. said he has raised over $100,000 for St. Jude’s Children’s Hospital as well as several animal shelters and the Make-a-Wish Foundation. The charity idea got started several years ago when a man driving by offered him 5 dollars to pay for the electric bill. However, he ended up donating it to charity and since then, an optional donation corner stands on the corner of their front lawn.

“He said ‘if they want to pay for the electric bill, why don’t we collect money for charities?’” added Petrowski Sr.