CHESHIRE – Police responding to a domestic disturbance in a condominium complex Friday night were shot at several times, and the barricaded suspect was wo... 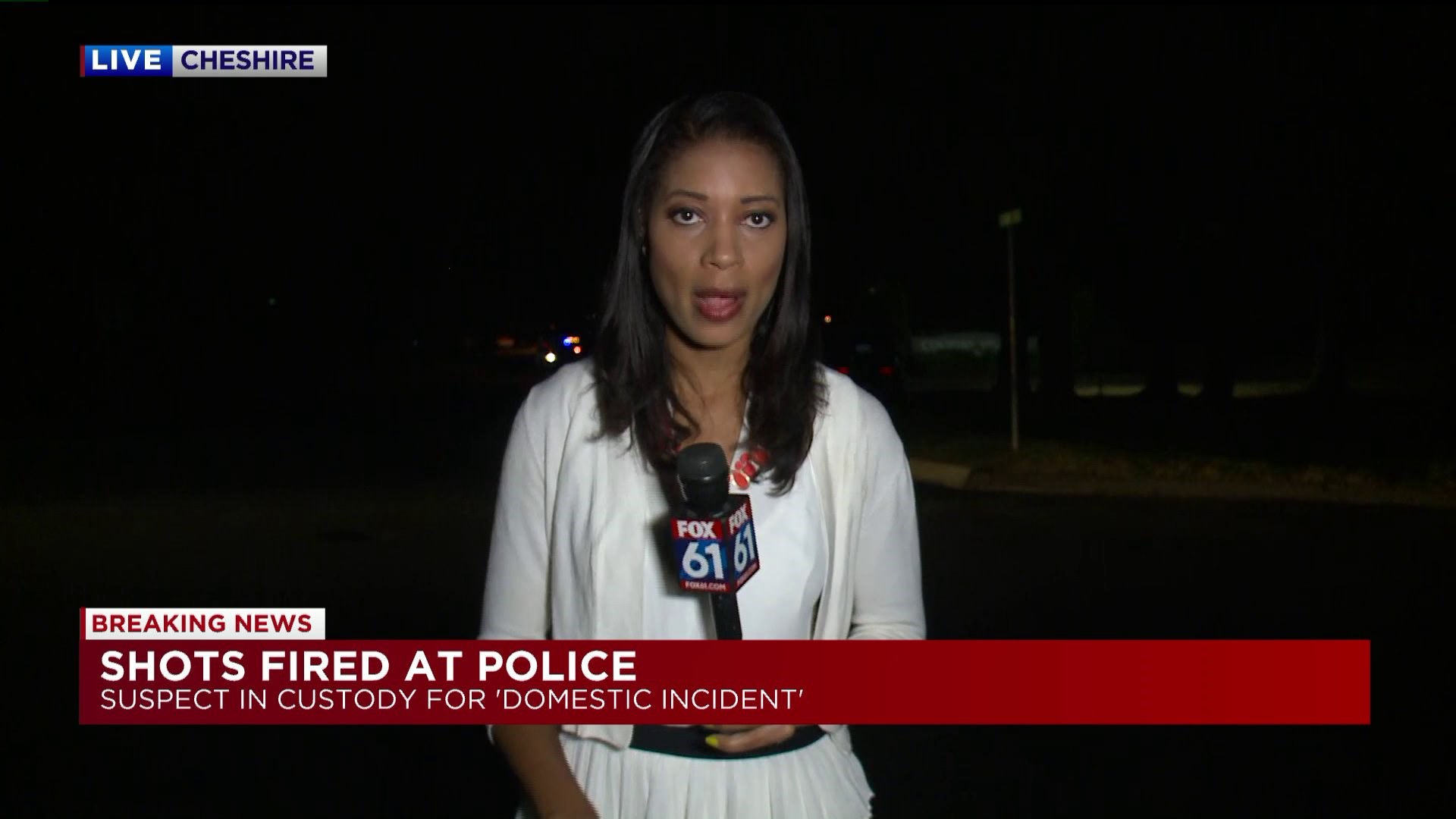 CHESHIRE - Police responding to a domestic disturbance in a condominium complex Friday night were shot at several times, and the barricaded suspect was wounded by police before surrendering.

The drama began unfolding around 7:30 p.m, when the Cheshire Police Department responded to 137 Fairway Drive for a reported domestic disturbance.

According to Connecticut State Police, the Cheshire police officers found a male suspect, armed with a handgun, who refused to comply with their commands.

The suspect eventually barricaded himself in the condo.

Neighbors told FOX61's Nia Hamm that they witnessed a chaotic scene, with police telling people to get inside and stay there, and a "shelter in place" warning was issued for the neighborhood before they heard numerous gun shots.

UPDATE: Matthew Gentile of Cheshire describes witnessing a standoff between his neighbor and police this evening. Says suspect is ex-military and, prior to this evening, was always a nice person to him. pic.twitter.com/7AHbLVAmUt

The 29-year-old suspect was arrested on domestic disturbance charges. Police have not yet released his name.

As is standard in officer-involved shootings, the Cheshire police chief and the New Haven State’s Attorney’s Office asked state police detectives from Central District Major Crime to respond to the scene and assume control of the investigation.

The name of the officer(s) are being withheld at this time.