New research shows an uptick in ticks in Connecticut 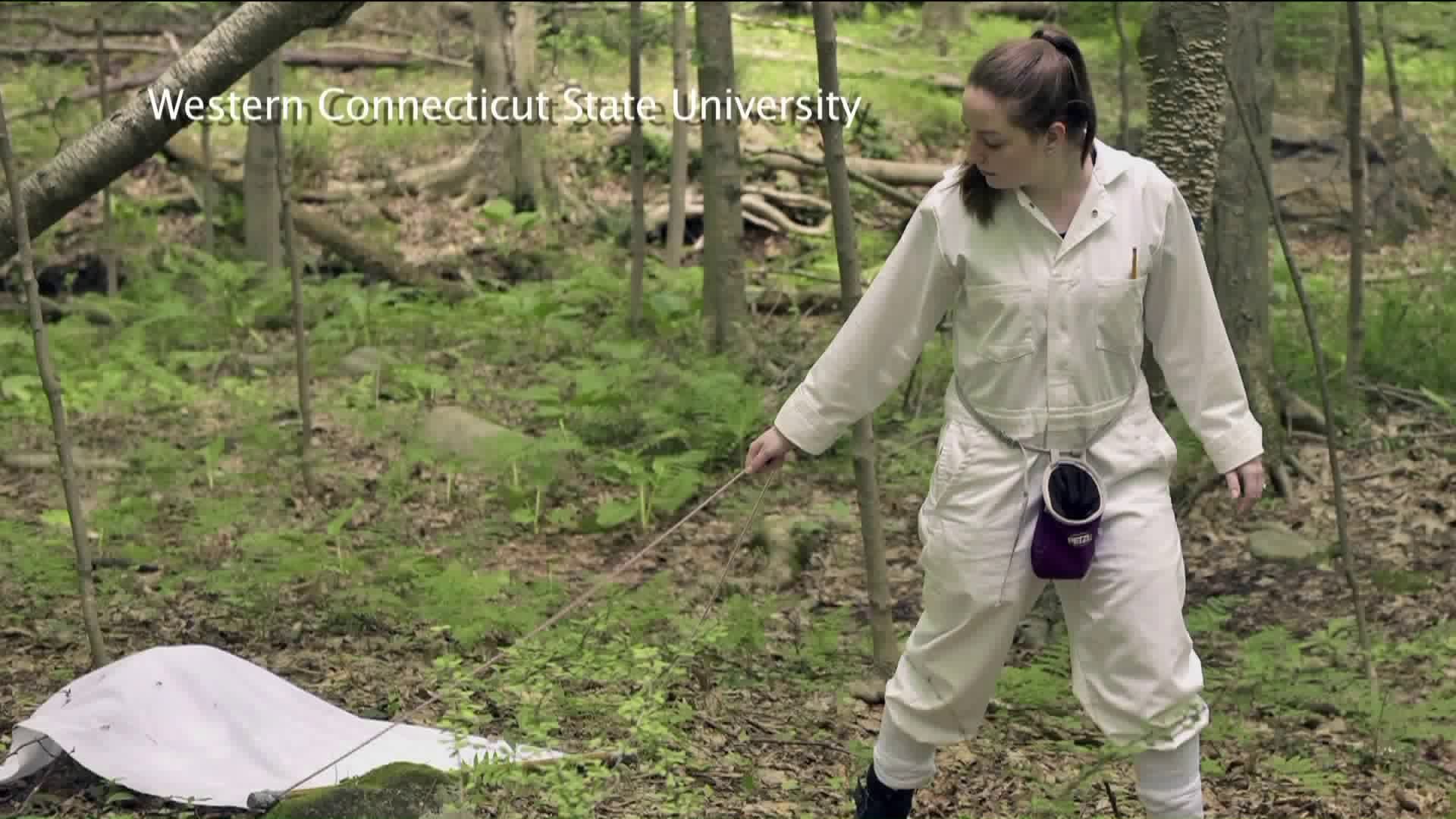 Researchers at Western Connecticut State University say there are sharply higher levels of deer ticks in the region.

In its weekly sampling for deer ticks – a common carrier of Lyme Disease and other illnesses – the Tick-Borne Disease Prevention Laboratory has collected the most amount of ticks since 2011.

The Western lab has been monitoring the deer tick populations in Danbury, Ridgefield and Newtown on a weekly basis since 2011. The ticks are collected beginning in May through August.

Director of the lab and WCSU associate professor of biological and environmental studies Dr. Neeta Connally explained the process to FOX61. She said the group measures ticks in the nymphal-stage since most humans are infected through bites of smaller, hard to see ticks.

Dr. Connally said tick population usually peaks around June and slowly declines in July; however, the numbers in May are high.

During the last week of May, she said an average of 359 nymphs per hour were collected, compared to 89 in 2016. At one site this year, 576 were collected.

“There are many factors that can affect the number of ticks we see each year,” Connally said. “These include the abundance of tick hosts such as deer and white-footed mice, as well as climatic factors like the amount of rainfall in the spring.”

At a Lyme Disease support group in Unionville, FOX61 spoke to those dealing with the aftermath of a tick bite.

Unionville resident Christopher Montes was first was diagnosed with Lyme, Babesiosis and Ehrlichiosis in 1993. He also struggled with insurance coverage after being diagnosed, helping to change legislation in Connecticut.

“It took 3 years but in the 98-99 session it was passed unanimously for insurance mandated coverage,” he said.

Montes is suffering from Lyme Disease and its side effects for the third time.

“Incredible stiffness and pain, just a feeling like I can’t move, I was walking with a cane last fall for about 2 1/2, 3 months,” he said. “Depending on the day now the bottoms of my feet really ache and a lot of cognitive problems, forgetfulness, some emotional ups and downs.”

An uptick in ticks in Connecticut has researchers urging people to take preventative measures to avoid getting bit including using insect repellent, wearing long pants and light clothing. Dr. Connally urges you check your body for ticks every time you come inside, as well as your children and your pets. She said it’s a good idea to shower shortly after outdoor activity and dry clothing on high heat.

The Centers for Disease Control gave WCSU a $1.6 million grant to continue research in a collaborative effort along with Dr. Thomas Mather, director of the TickEncounter Resource center at the University of Rhode Island.

The Lyme Disease support group meets the 1st and 3rd Tuesday of every month at the Senior Center located at 321 New Britain Avenue in Unionville, all are welcome.