RIDGEFIELD – Parents of the Ridgefield baseball team had such burning desire for their sons to play a scheduled game against Amity Saturday, that they fue... 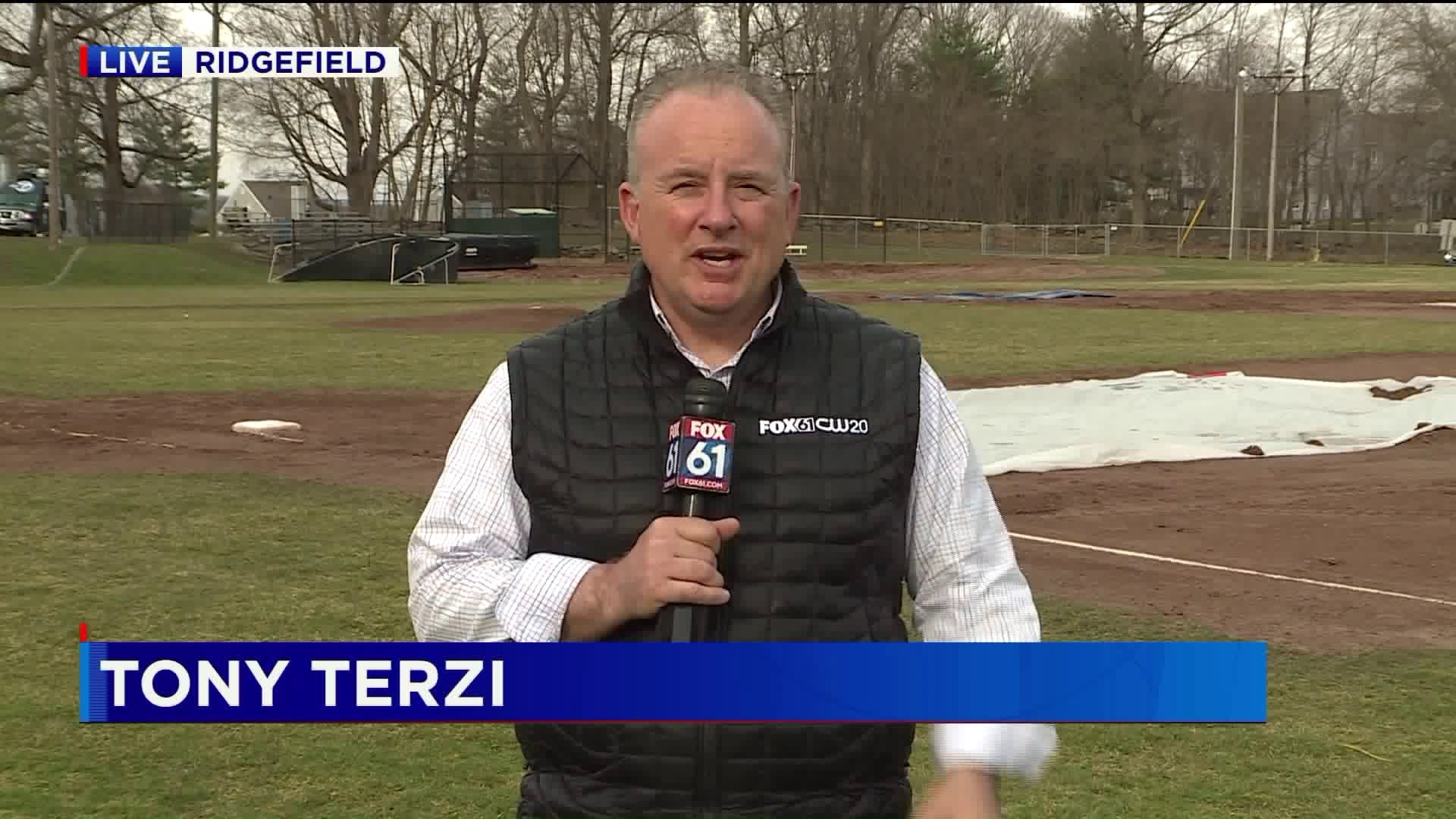 RIDGEFIELD - Parents of the Ridgefield baseball team had such burning desire for their sons to play a scheduled game against Amity Saturday, that they fueled an approach that was way off base.

As a way to dry the infield on the Governor’s Park baseball field in Ridgefield, parents poured gas on the dirt and set it on fire. But, that caused a whole host of problems.

25 gallons of gas were used to promote drying, but Ridgefield officials say it didn’t work.

“Due to gasoline being used, we notified DEEP as well to address the hazmat situation ,” said Capt. Shawn Platt of the Ridgefield Police Dept.

At least four 30 yard containers, full of contaminated soil, were carted off the premises Monday. Police are not certain if charges will be filed.

“Depends on what exactly occurred and if anybody was instructed or took it upon themselves to do that,” said Platt

“It should’ve been something that the town was consulted about,” said Allison Stockell, of Ridgefield, who was walking her dog by the park. “I don’t think that you just pour gasoline on a field.”

Source tells FOX61 a person associated with the Ridgefield High School baseball team encouraged this method. The school’s athletic director has not responded to our request for comment.

“We have a $20,000 deductible on our insurance so is it fair that the rest of the taxpayers have to absorb that cost? I feel now,” said First Selectman Rudy Marconi (R) Ridgefield

FOX61‘s Facebook page was also on fire regarding the story.

Scott wrote “This wasn't a kid prank. This was educated adults making this decision.”

And Nixon said, “Those parents should be responsible for repairs.”

Marconi estimates the infield may have sustained $50,000 worth of damage.

The field is not expected to be playable until the end of this week. That means Ridgefield’s next scheduled home game, on Wednesday, will be played at Stamford High School.