NEW HAVEN — The Yale men’s basketball team is making headlines, only this time it’s not for a win, but for losing its team captain. Allegations abou... 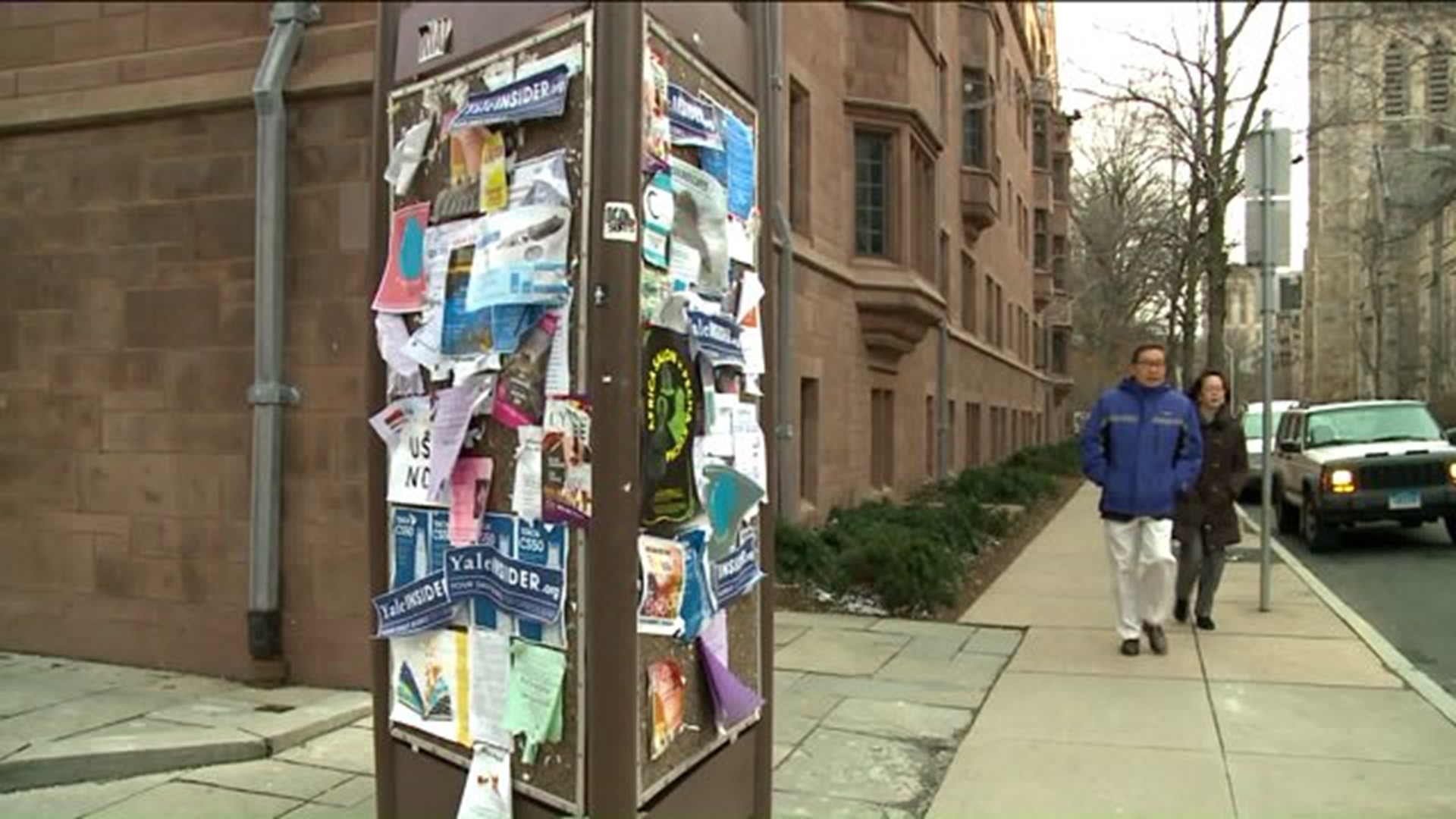 NEW HAVEN -- The Yale men’s basketball team is making headlines, only this time it's not for a win, but for losing its team captain.

Allegations about Yale basketball star Jack Montague are causing a rift between some of the student body and the basketball team. It’s a controversy that has college officials pretty tight-lipped.

Montague was set to graduate this spring but is no longer enrolled, according to a Yale spokesperson.

Montague hasn’t been seen on the basketball court since February 6.

His presence on team t-shirts certainly brought his absence to the attention of a sold-out crowd last week at a game against Harvard. The Bulldogs were sporting Montague’s number and nickname, “Gucci,” on the back of their uniforms, and on the front Yale was spelled backwards. This is the team's first “statement” since his February 10 withdrawal.

Signs were allegedly posted around campus in reaction to the recent controversy, but though FOX 61 looked for the posters on campus Friday, none could be found.

“They said, 'We stand with Yale women' and made some comments against the basketball team,” Yale Freshman Kate Halabi said.

According to the Yale Daily News, “Posters featuring a picture of the team dressed in the shirts and asking Yale men’s basketball to 'stop supporting a rapist' appeared all over campus.”

The school hasn’t commented on these allegations but sent a statement on confidentiality of student records.

“I know that pretty much all colleges around the country have problems with sexual abuse so I wouldn't say it surprises me, but it definitely disappoints me,” Halabi said.

The Yale Women’s Center posted a lengthy statement on Facebook which, reads in part:

Though the silence is deeply frustrating to us and surely to many of you, Yale's actions speak much louder than its words. While the campus can only speculate on what occurred, we can comfortably say that, should all of this be true, this is progress. It seems that a survivor felt that coming forward was a viable option and that they got the decisive outcome that they likely fought hard for.

Requests to campus police were reverted back to Yale Public Affairs.

There has been no “official” statement released with the reason behind the player’s departure from Yale.

FOX 61 contacted Montague and his family but has not heard back.