NEW LONDON — President Donald Trump gave the commencement speech at the Coast Guard Academy Wednesday. He addressed the graduates at the 136th commencemen... 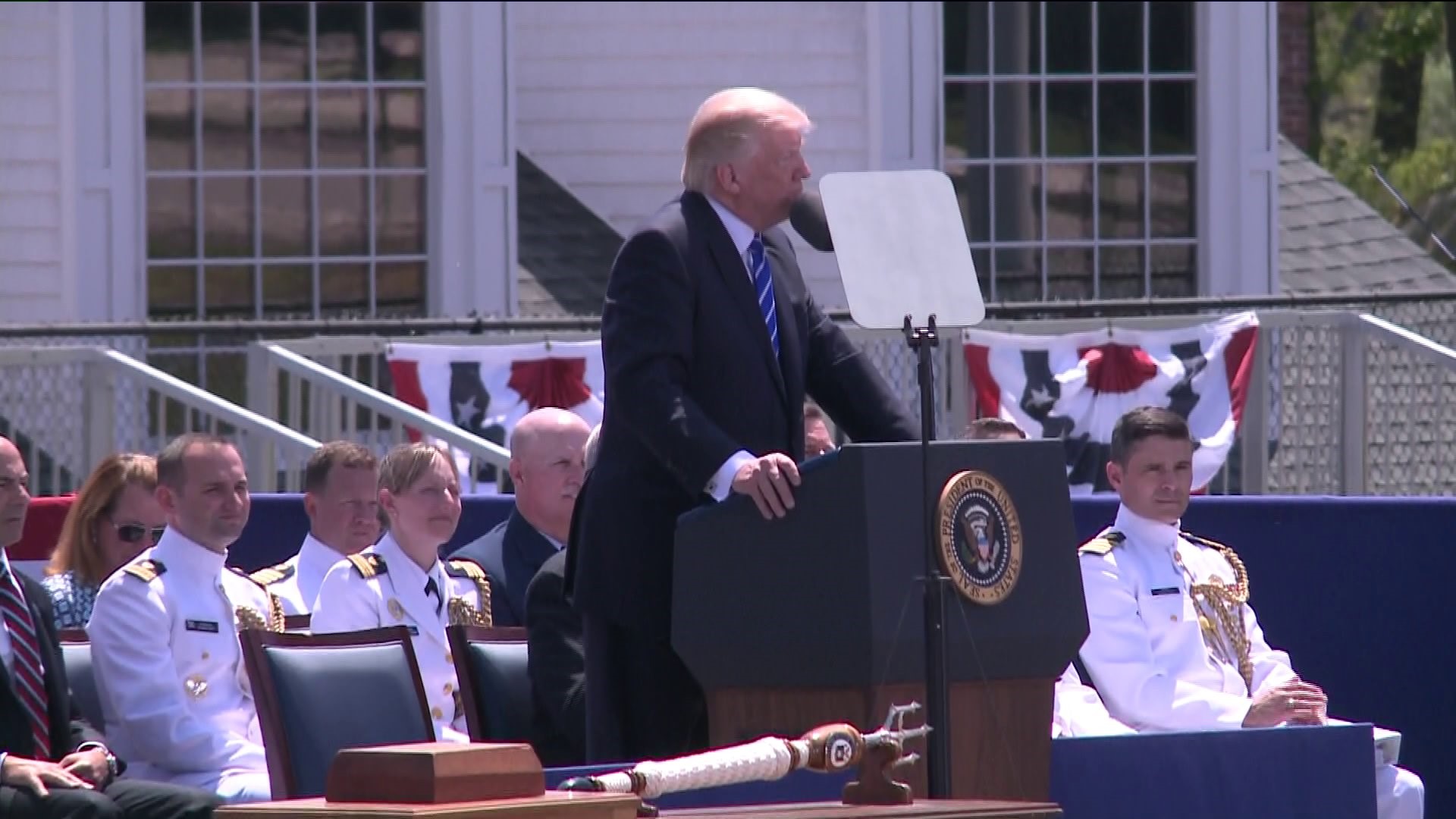 He addressed the graduates at the 136th commencement. Trump made his address along with the Director of Homeland Security, John Kelly.

Trump is told graduates of the U.S. Coast Guard Academy that no other politician has been treated more unfairly by the media. But he says, "you cannot let them get you down."

Trump is offering his advice at the academy's commencement in Connecticut, telling the graduates that they will find that "things are not always fair." But Trump says, "you have to put your head down and fight, fight, fight."

The president says they can't let the critics get in the way of their dreams.

Trump was speaking amid reports that he appealed to then FBI Director James Comey to shut down the bureau's investigation into former National Security Adviser Michael Flynn earlier this year.

He made no mention of Comey in his speech.

Hundreds of both supporters and protesters came out to McKinley Park prior to Trumps’ arrival.

Trump says the 195 graduates at the academy could have gone to school anywhere and ended up with fewer responsibilities by comparison.

He says they instead chose a "very noble mission." He defines that mission as saving lives, defending the homeland and protecting America's interests around the world.

He says they will help secure U.S. borders, partner with allies, pursue terrorists, stop drug smugglers and keep out "all who seek to do harm to our country." 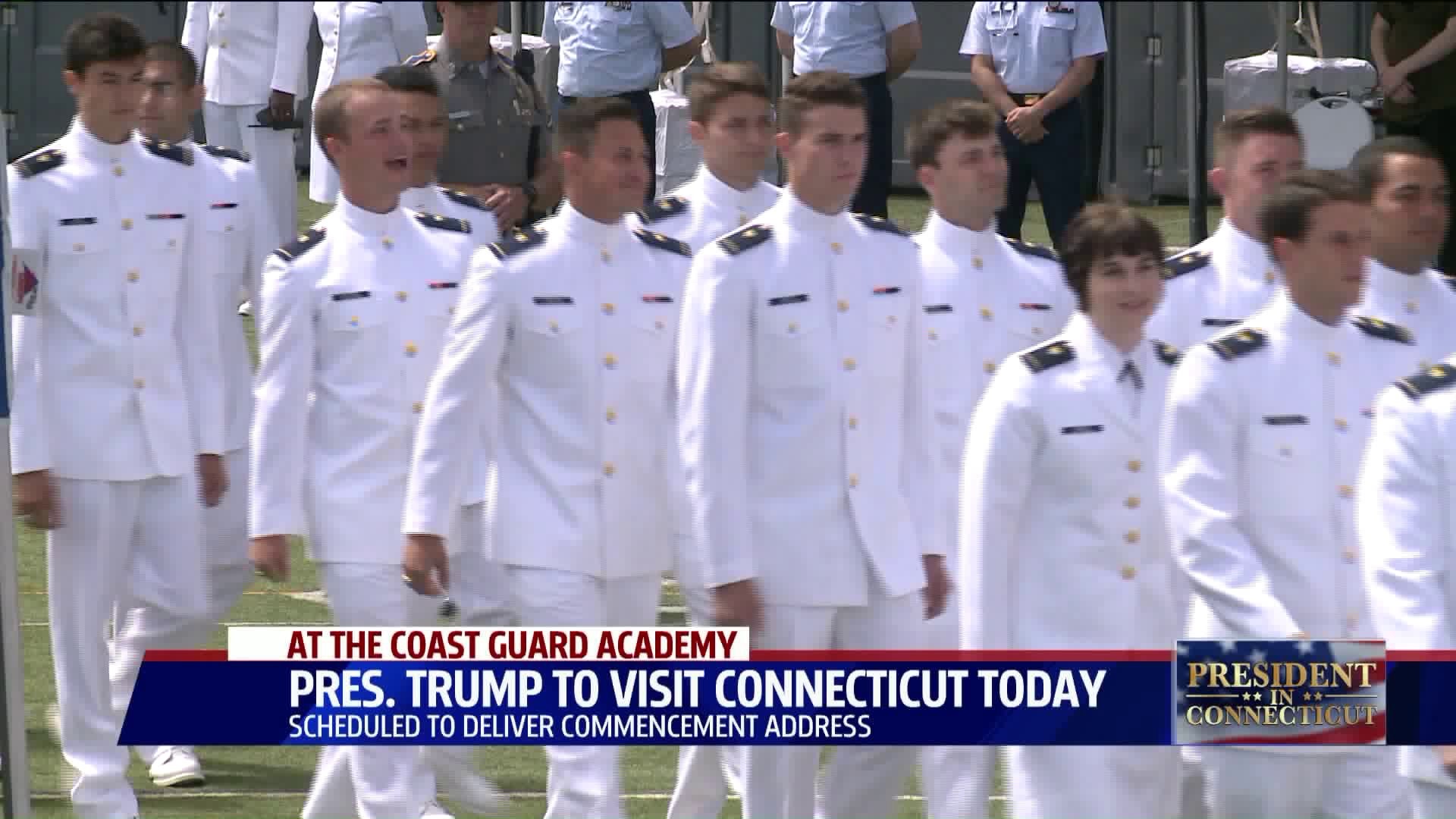 This is Trump's first visit to Connecticut as commander-in-chief and the first time he is addressing the academy as President.

Each year, the sitting President addresses one of the four service academies during commencement. President Barack Obama was the last President to speak, two years ago. 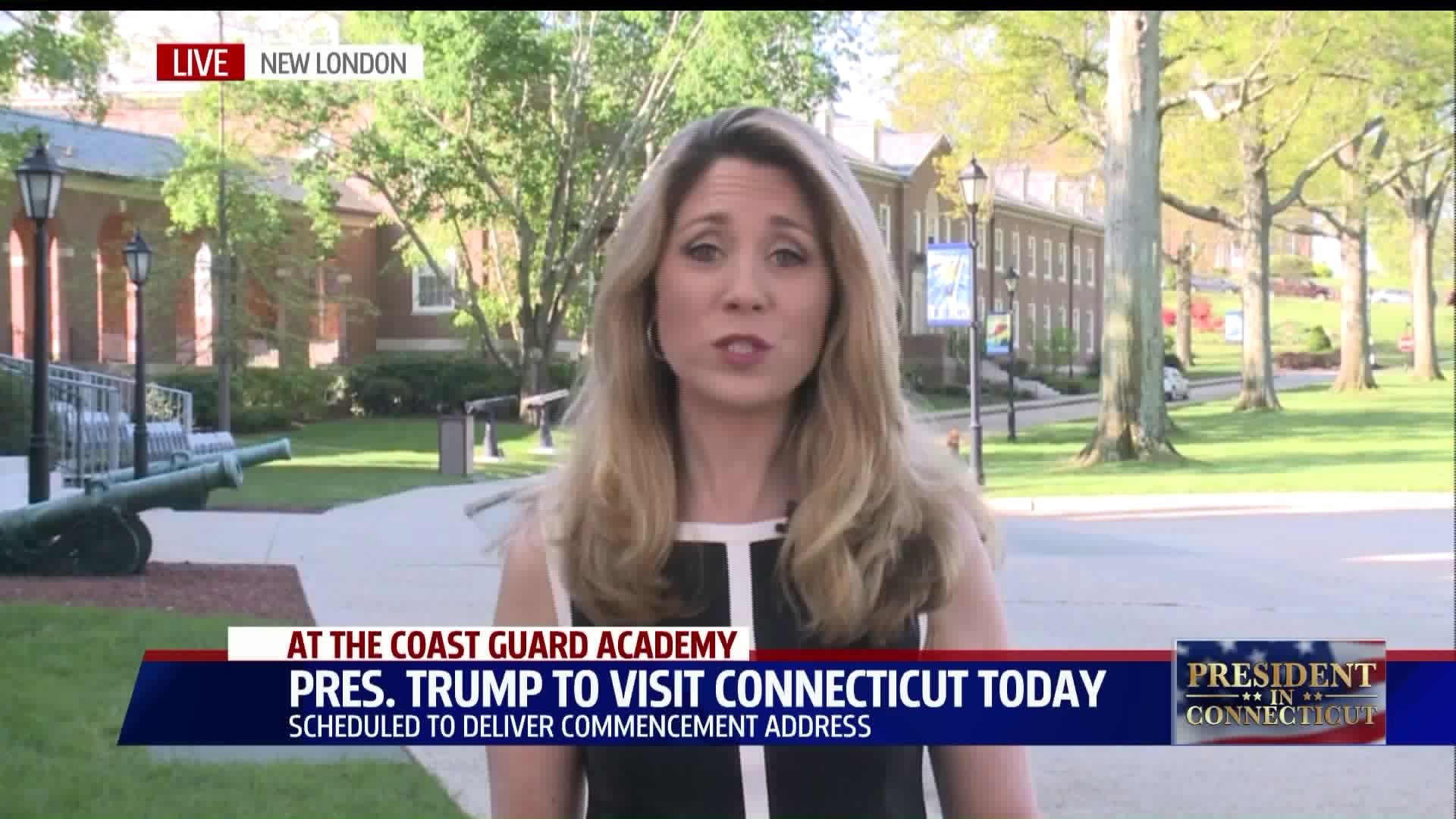 It is the president's second appearance before graduates this commencement season. Last Saturday, Trump addressed graduates of Liberty University in Lynchburg, Virginia.

Trump flew into Groton airport in a Boeing C-32, a military version of the 757. The plane is normally used for the Vice President or First Lady.  It’s powered by two Pratt and Whitney 2040 engines.  It can land at smaller airports than the plane we normally see him fly in. Any Air Force aircraft the president flies in is designated Air Force One while he’s in it.