EAST GRANBY — FOX61 witnessed a close call at the same spot where a woman was nearly killed Thursday while riding her bicycle while crossing a busy road. It hap... 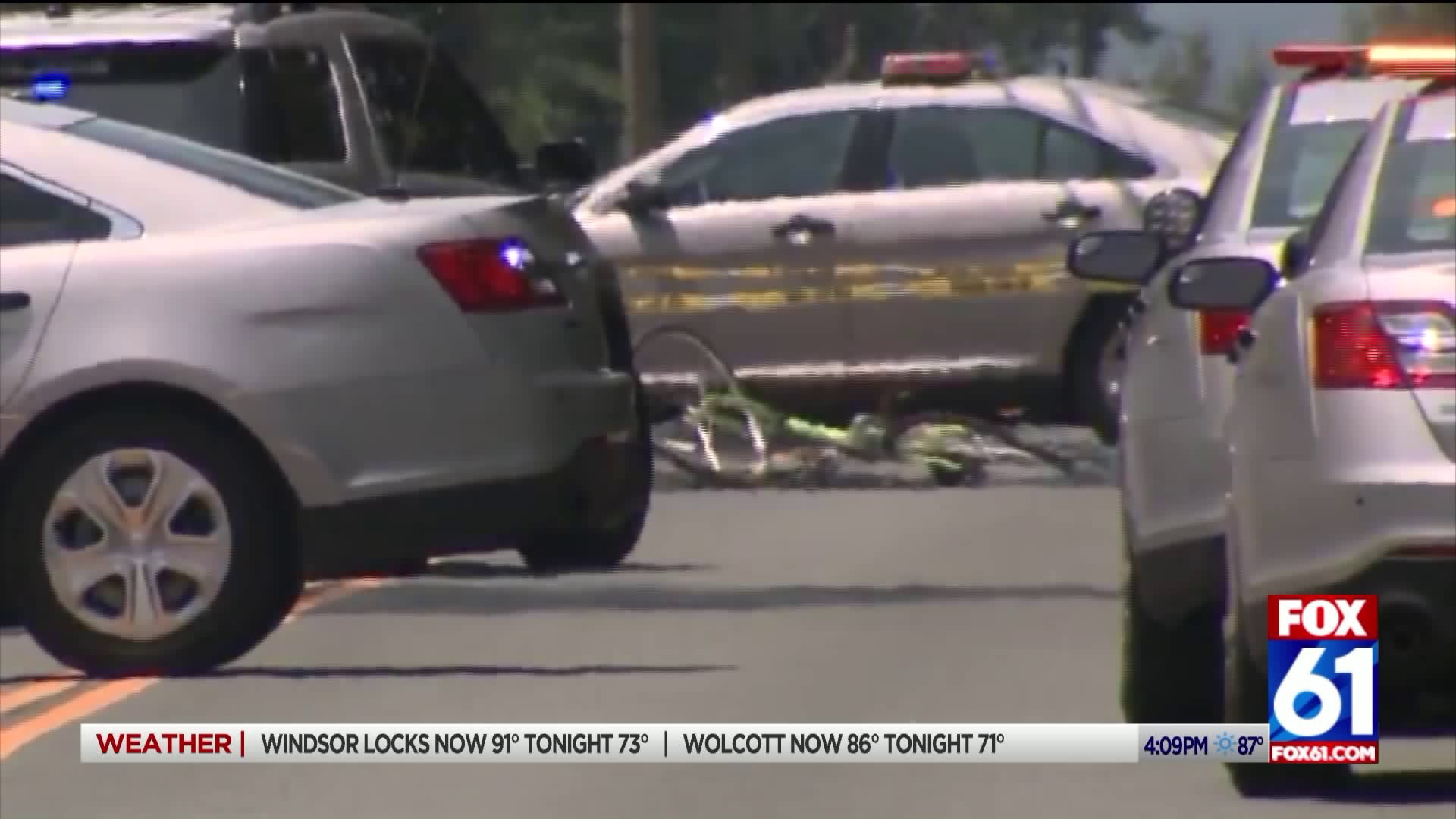 EAST GRANBY — FOX61 witnessed a close call at the same spot where a woman was nearly killed Thursday while riding her bicycle while crossing a busy road.

It happened along a rural area on Route 20 where the Heritage Trail crosses the road.

The view from the road shows a well marked pedestrian crossing, but with obvious blind spots. A handlebar view shows how quickly the traffic whizzes by.

“They should put a slower speed limit on the road,” said Al Grimaldi of Chicopee, MA.

As we were conducting our interview, we witnessed nearly another accident and could hear screeching tires behind us.

On Thursday, Gail Gridley was on her bicycle in the crosswalk when she was nearly killed when she was hit by a motorcyclist.

But people we talked to say bikers and drivers need to share the responsibility. Our cameras spotted a man crossing in front of oncoming traffic without pressing the signal button.

Steve Vernale of Granby said, “It wouldn’t be the first time I’ve driven on Route 20 and I’ve seen pedestrians and bicyclists just come right out from the entrance into the crosswalk without activating that button.”

The dangerous intersection will get a safety upgrade. We talked with East Granby 1st Selectman James Hayden on the phone.

He said, “Sometimes folks get a little confused regarding what do I do with the yellow light.”

That yellow light will be changing to red.

“We’re going out for bid and anticipate that it will be set up and constructed sometime in the fall,” said Hayden.

“I don’t know if changing the color of the light is necessarily going to help,” said Vernale. But Grimaldi said, “Yellow, doesn’t that usually mean slow down? It doesn’t mean to come to a stop where red does.”

The victim, Gail Gridley, is expected to survive.

The people on the motorcycle, man and a woman were from both Agawam, Massachusetts. They sustained minor injuries in the crash.