BRIDGEPORT – Jayson Negron, 15, was shot and killed on May 9, 2017 and it was Officer James Boulay, the 30-year old patrolman who pulled the trigger. Maureen Pl... 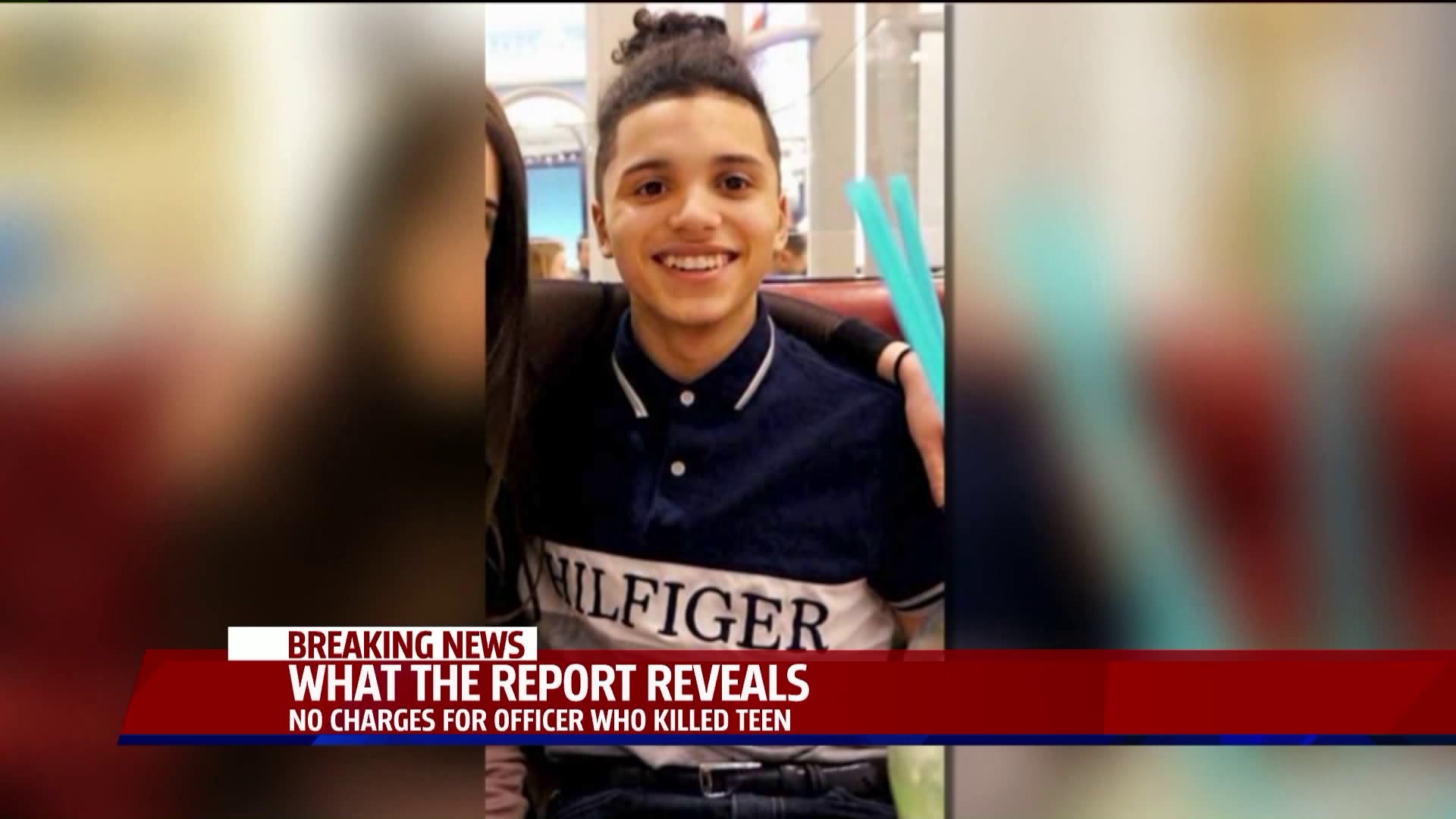 BRIDGEPORT – Jayson Negron, 15, was shot and killed on May 9, 2017 and it was Officer James Boulay, the 30-year old patrolman who pulled the trigger.

Maureen Platt, the State’s Attorney of the Judicial Branch of Waterbury released a 21-page report that goes into detail of what happened that night.

It contains six witness interviews, official statements from multiple first responders including Officer James Boulay himself, descriptions of evidence collected at the scene, Negron’s autopsy report and videos recorded by witnesses along with surveillance video.

Cameras captured the moments before the shooting as Officer Boulay followed Negron through the Walgreens Parking lot.

For months on end, the Bridgeport community, especially Negron’s family have been calling for justice for his death and said Officer Boulay did not have to shoot Negron. Community members have been angry police had Negron’s body lie helplessly on the ground for several hours. However, in the 21-page report, it provided detailed evidence of what really happened that night.

Seconds later, Officer Boulay along with his partner responded for backup.

The newly released surveillance video was the cornerstone of the fight for transparency and it showed Negron driving into Walgreens and stopped at the exit driveway. As Officer Boulay got out of the car and ran toward the Subaru, Negron continued to drive towards Fairfield Avenue which is typically a busy road.

According to Boulay’s statement, he approached the driver’s side of the Subaru and confronted Negron.

Negron then put the car in reverse and possibly hit another car. He continued to drive forward and passed Boulay as he ran after the car.

5:02 p.m. – Boulay fired one round into the Subaru’s back tire to get the car to stop. He then opened the driver’s door of the Subaru and stood inside the opening. According to Boulay, as Negron became aggressive, he put the car in reverse and it hit the left side of Boulay’s body which trapped him in the door opening. That is when Boulay said he shot into the car at Negron and his passenger four times.

As Boulay and another detective placed Negron on the ground to handcuff him, an ambulance was immediately called. However, over a span of seven minutes, an ambulance still had not arrived but the report stated medics were told to “step it up.”

The report addressed an amateur video that circulated after the shooting. It appeared to show Negron still alive and moving while handcuffed. The State’s Attorney confirmed Negron was alive and moaning softly at the time.

5:10 p.m. – An ambulance arrived and five minutes later, Negron was pronounced dead. That is when police decided to expand their radius of covering Negron’s body from the public.

As part of the investigation, it was learned Officer Boulay had only been on the job for four months and three days. Social media also played a big role in helping officers figure out the Subaru had been stolen for a period of time. The report showed Negron had exchanged conversation with a friend on Facebook about stealing cars.

In addition, the State’s Attorney concluded she has reviewed the conduct of every officer that was present that night and it is determined they acted in accordance to law.

Autopsy results showed there was marijuana in Negron’s body. While there were differences in each witness statement, every one of them agreed Officer Boulay had been hit by the stolen car before shots were fired.