Kids are spending a ton of time on online, competing to rack up “likes.” According to  Common Sense Media teens are spending about nine hours a day ... 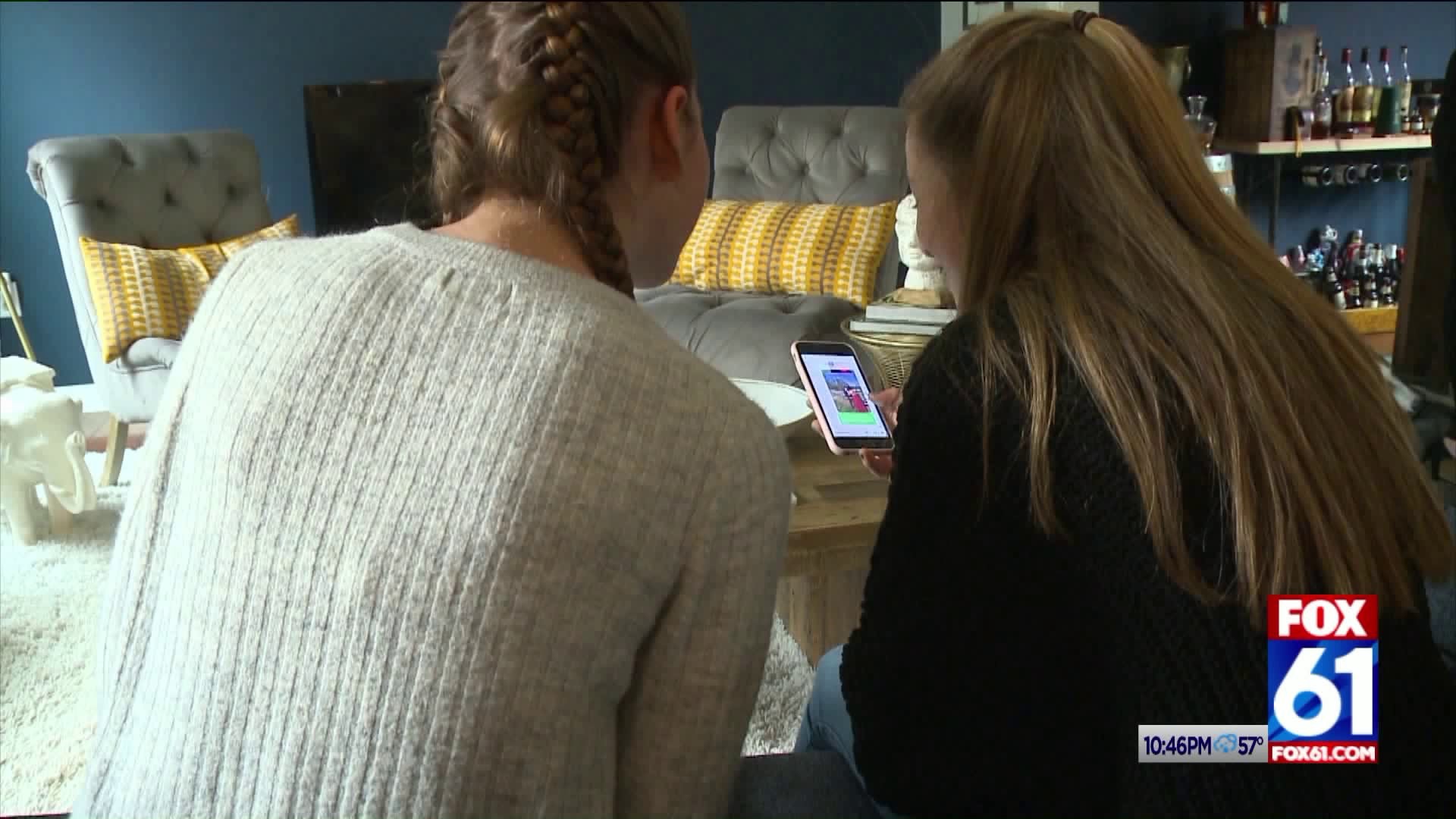 Kids are spending a ton of time on online, competing to rack up "likes."

According to  Common Sense Media teens are spending about nine hours a day scrolling, posting, liking, sharing- staring at screens.

For the most part it's fun, but not always.

Ashleigh Holmes, 14,  said, "I feel like every year you get more and more friends not friends but followers on social media so there’s more people judging you... Sometimes I feel like when I see people altogether I’ll be like oh why wasn’t I invited to that or like in the hallways I’ll see them and I’ll be like do they like me like do they want me to hang out with them."

It's a common and problematic feeling.  While social media platforms provide a place for users to self express and identify with others, there's also a dark side. According to the #StatusofMind survey published by The United Kingdom's Royal Society for Public Health, its also a jumping off point for FOMO, fear of missing out, body image issues, anxiety, depression, and bullying.

Anti-diet health coach Carey Niekrash says, "The diet industry is actually in over $60 billion industry with the 5% success rate so within 3 to 5 years everyone will gain their weight back when you go on a diet which obviously feeds into the diet industry because they want you to fail so they can get the money over and over again,  The result, we go on these yo-yo diets-- you try the next great promise of a diet only to fail and then the guilt shame and self judgment come in.  That’s where I step in,  to help people break that vicious cycle. We do that through intuitive eating and working on body image through what I call my body image rehab."

The first order of business for Niekrash's clients; a social media purge to curate a feed to promotes body positivity.

She says, " Make social media your little safe bubble.  Only looking at people the same size or larger bodies than you. Not following the celebrities who are promoting disordered eating behaviors. You can follow 300+ pound marathon runners out there, teenagers who are trying to break the beauty idea, people with disabled bodies that are doing tremendous things.  You can change what you think is beautiful over time by consuming that media."

Once that's complete-- it's a conversation with mom and dad about the language everyone is using at home.

Niekrash says, "I talk to the parents.  It starts with you so first things first,  this goes for every parent out there-  never ever ever ever ever ever comment on your body and your child’s body around anybody’s body.  There’s just no reason to
Their body their business don’t do it.... It does start in the home, but it’s not too late even if you’ve been doing this if you have a teenager we can still work on rewiring as beauty standards.  Compliment  teenagers on their humanity not necessarily ever on their physical beings.  If you think your daughter looks really pretty in her dress instead of saying, 'oh you look you look so pretty' you could try saying 'I love your fun and colorful style.'"

Niekrash says, "We have the opportunity to change it for the next generations and that’s a beautiful thing."