TRUMBULL — One of the most anticipated soccer matches in the world not only packed a stadium in France. It also attracted a crowd to a school gym to cheer... 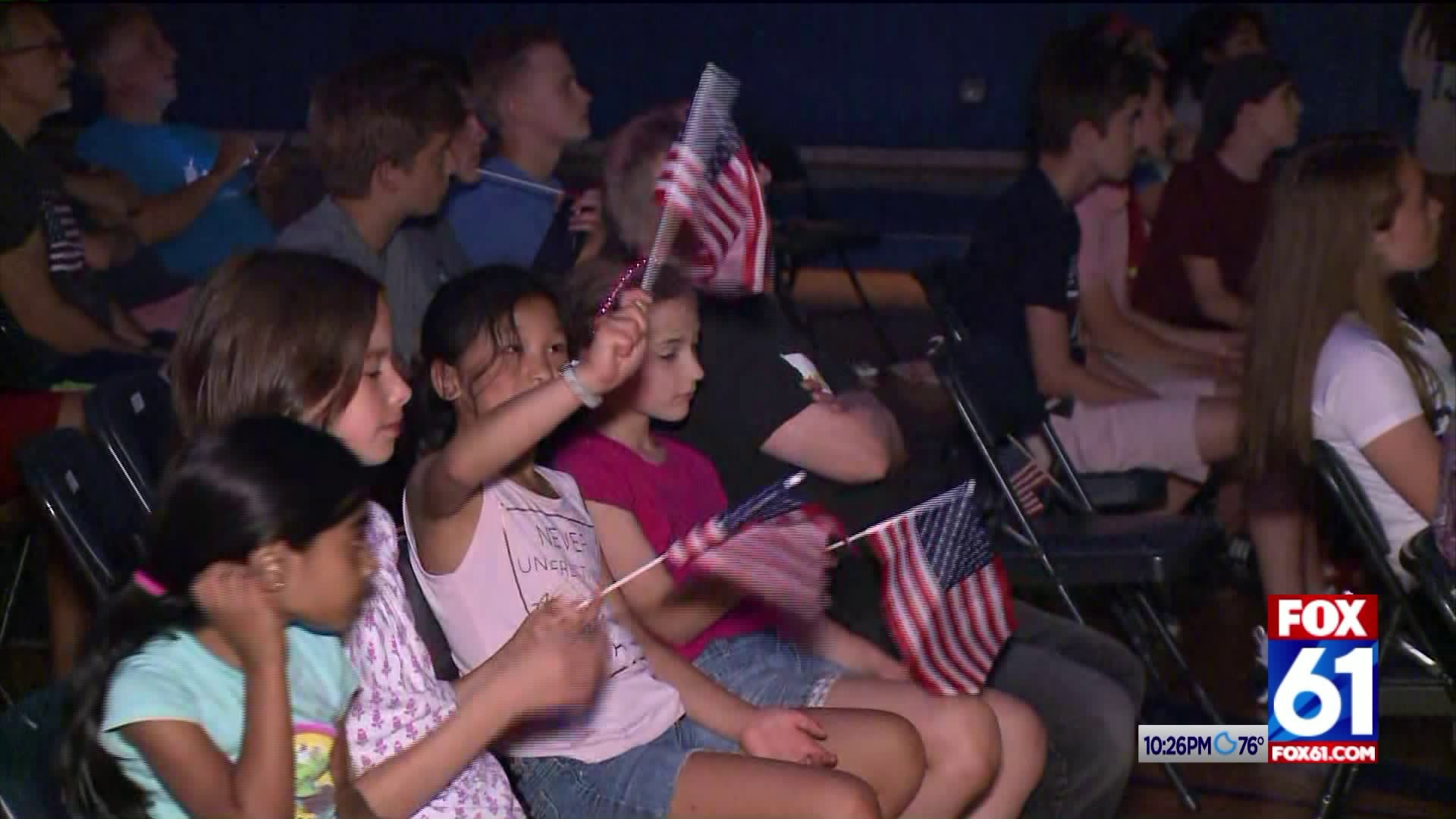 TRUMBULL -- One of the most anticipated soccer matches in the world not only packed a stadium in France. It also attracted a crowd to a school gym to cheer on a local hero.

“She’s meant to be there,” said Tommy Packevitz. “She worked for it. She’s the best. There’s no one else.”

US Women’s Soccer Goalkeeper Alyssa Naeher graduated from Christian Heritage School in Trumbull in 2006. The small K through 12 Catholic school is made up of almost 400 students.

On Friday, the tight-knit community held a watch party to cheer on Naeher as she made four saves enroute to a win over France. To see her dominate on the world stage goes beyond country for so many of the students watching.

“Kind of like your blood almost,” said Packevitz. “It’s such a good feeling and you want to see her do amazing,”

Packevitz is a close family friend of the Naeher’s and is a senior goalkeeper for the Men’s soccer team at CHS. He remembers watching Alyssa and her twin sister Amanda play soccer and basketball at the school as a kid. He said his father would rave about them.

“They were insane athletes,” said Packevitz. “You knew they were going places.”

Alyssa and Amanda were not only standouts on the field but also on the hardwood. They are the only two women basketball players to be a part of the 2000-point club.

Since then Alyssa has gone on to represent team USA twice in the World Cup becoming an inspiration and a source of pride for the CHS community. She has come back to the school to talk with students in recent years leaving a lasting impression.

“She is inspiring to me that she came from here,” said junior Jordyn O’Driscoll. “Now anytime I go on the field I have so much motivation.”

“She works so hard when she was our age to get where she is right now today,” said sophomore Natania Muriel. “That’s why it’s all about putting in everything you can and being committed to the sport.”

Naeher’s commitment and success is reminder that no matter how humble the beginning’s you can still carry the weight of the world.

“No matter how small the place you’re in you could still make it big,” said Packevitz.

“They just want to be the next Alyssa Naeher,” said CHS Assistant Athletic Director Nate Katz. “She gives them a chance to believe.”

The next matchup for Naeher and team USA will be Tuesday against England in the semi-finals. Coverage begins at 3 p.m. on FOX61.