Shawn Dow is fairly new to Phoenix Manufacturing in Enfield. “I was an auto mechanic before. There’s only so much you can do in the auto field without owning yo... 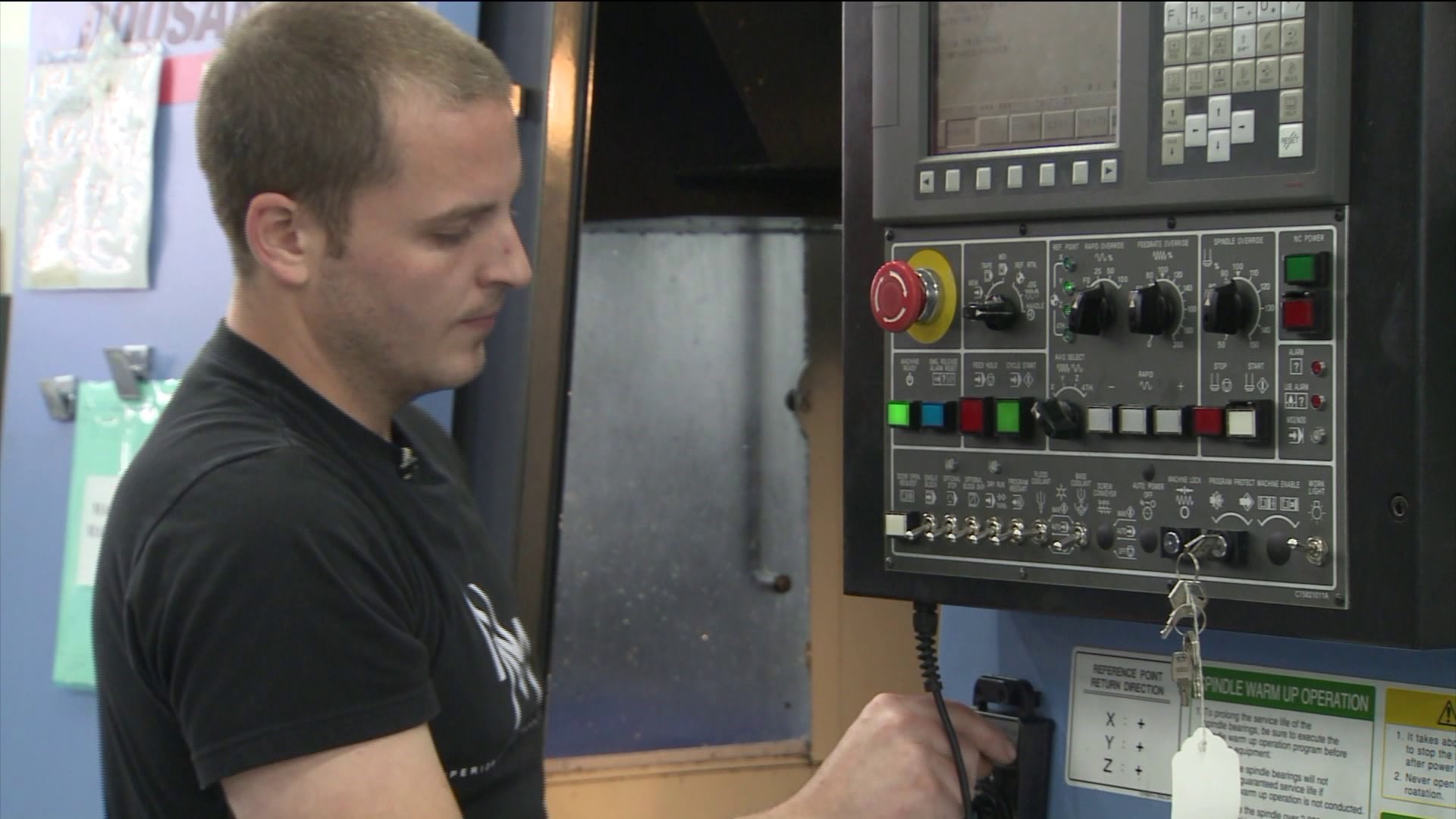 Shawn Dow is fairly new to Phoenix Manufacturing in Enfield.

“I was an auto mechanic before. There’s only so much you can do in the auto field without owning your own business, and here you can really expand your knowledge and abilities to do different things,” said Shawn Dow, who is a milling machinist.

He got on-the-job training working with his fellow machinists to learn how to make the complex aerospace components Phoenix Manufacturing puts out for military and commercial aircraft.

“There will always be work in manufacturing,” said Dow.

“The challenge today is that there’s going to be an exodus between all of the baby boomers, and there’s not enough people to fill those positions once we exit, and that’s in the next five years,” said Ford.

That’s why Ford is working to make sure that young people know manufacturing has changed over the decades. He says in the past 20 to 30 years, facilities became state-of-the-art, laboratory-like settings. Now it’s all about attracting young talent to the field.

“The Advanced Manufacturing Employer Partnership in collaboration with C-Cat Connecticut Center for Advanced Technologies and Capital Workforce Partners have been working together to try to establish a talent pipeline, primarily to focus on where those people will go to find a job, connecting them to the people who want those folks to work for them, and then to train them properly, and then to retain them, to keep them in the workforce,” said Ford.

People like CNC programmers, repair technicians and people with advanced skills in computers who are needed to run the high-tech machines.

“If we don’t start today, in less than a generation, Connecticut is going to have a really severe problem on their hands, because we won’t have those people in place to do the things that Connecticut has been known for,” said Ford.

Ford said the partnership is trying to get funding from the State of Connecticut to establish the framework needed to get the pipeline off the ground.