No new leads in search for missing Middletown man

BRIDGEPORT- The search for a missing, and mentally ill, Middletown man, has reached one month. Peter Recchia, 59, was last seen in Middletown on October 2, eati... 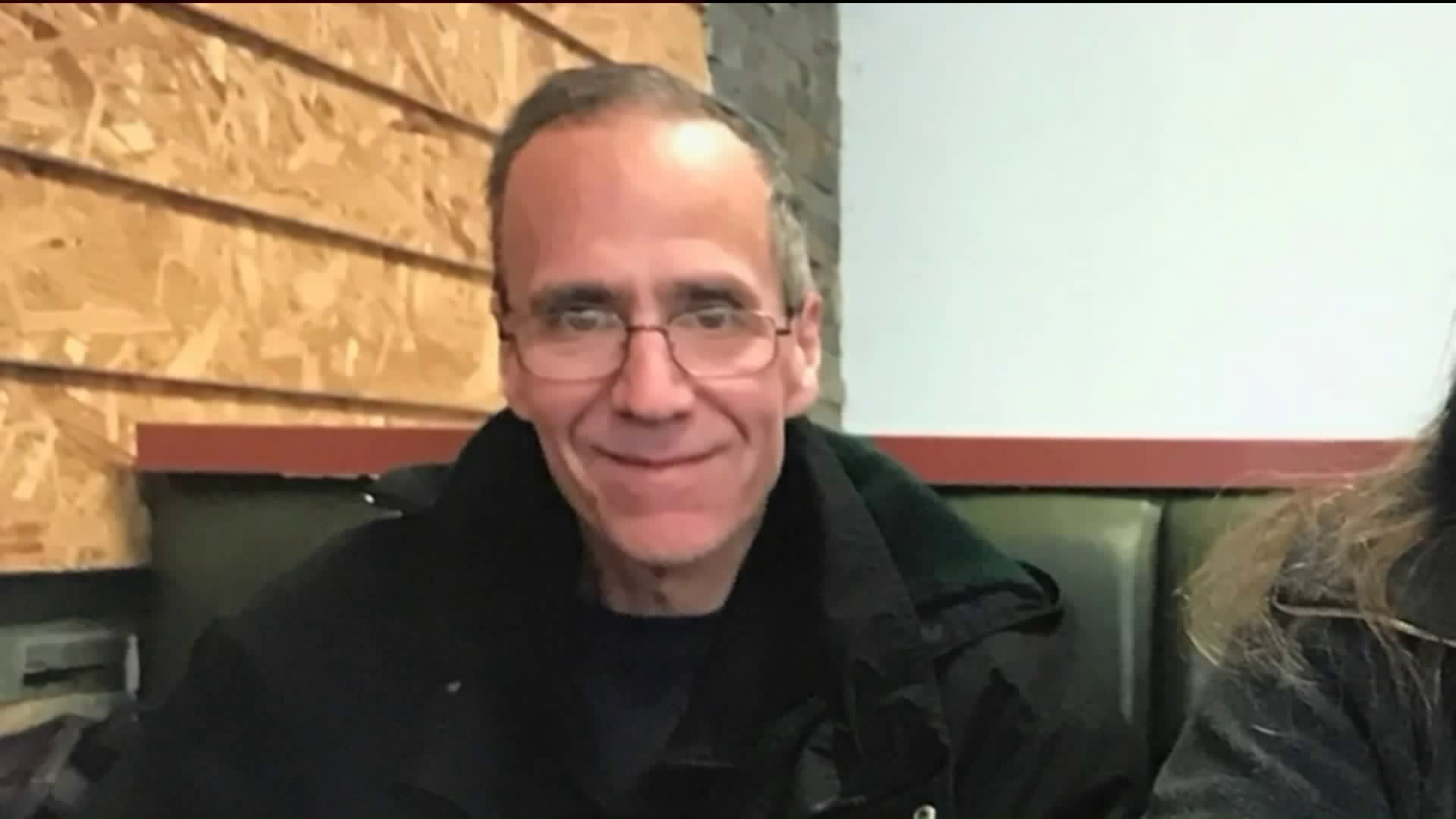 BRIDGEPORT- The search for a missing, and mentally ill, Middletown man, has reached one month.

Peter Recchia, 59, was last seen in Middletown on October 2, eating lunch in the Middlesex Memorial Hospital cafeteria. The next day, he was spotted in New Haven, but no clues since.

“We ask you to look at our faces and to see the desperation in our eyes because Peter is a very warm hearted, caring person,” said Frank Recchia.

And this is a position Frank Recchia typically sees from a different perspective.

“In my decades of television news reporting, I have seen many terrible things and I have come to except that this story may end tragically,” said Frank Recchia, a long time news reporter for News 12 CT, which largely covers Fairfield County.

He’s been a long time fixture in Bridgeport, where he has impacted many peoples lives. So they showed up in support of him.

“I encourage us in the city of Bridgeport, all of the entities, individuals, law-enforcement, all departments and our administration to do everything we can,” said Mayor Joe Ganim.Peter Recchia, of Middletown, who has battled mental illness for years, was last seen on surveillance video provided by the Exxon station at the corner of State and Ferry Streets in New Haven early on the morning of October 3.

“Police have now informed us and we understand that they do not have the resources to continue a full scale search,” sad and appreciative Frank Recchia.

And because police can no longer devote as many resources, the family is now exploring the cost of a private investigator, for which they have created a GoFundMe page, whose link is available on their special Facebook page called Help Us Find Bunny Rodriguez’s Dad, Peter Recchia “Pop-Pop”

“If a private investigator wants to come forward and volunteer their services, all the better,” said Bunny Rodriguez, Peter Recchia‘s daughter.

And others continue to help, including Lamar Advertising Company, which donated space on digital billboards in Hartford, Waterbury, New Haven, Meriden, New Britain and Bridgeport to help spread the word about Peter Recchia.

“They worked with Det. Lacasse at the Middletown police station to make sure they put up a good enough ad to represent what we are looking for,” said Rodriguez, who adds that she can tell people care because some folks have reached out to say they have done things like checking in with local hospitals and gone on hikes to look for Peter.