NEW HAVEN- A Connecticut father of two young children is now fighting for his life after he was diagnosed with a fatal lung disease. Thirty-one-year-old Donn Ko... 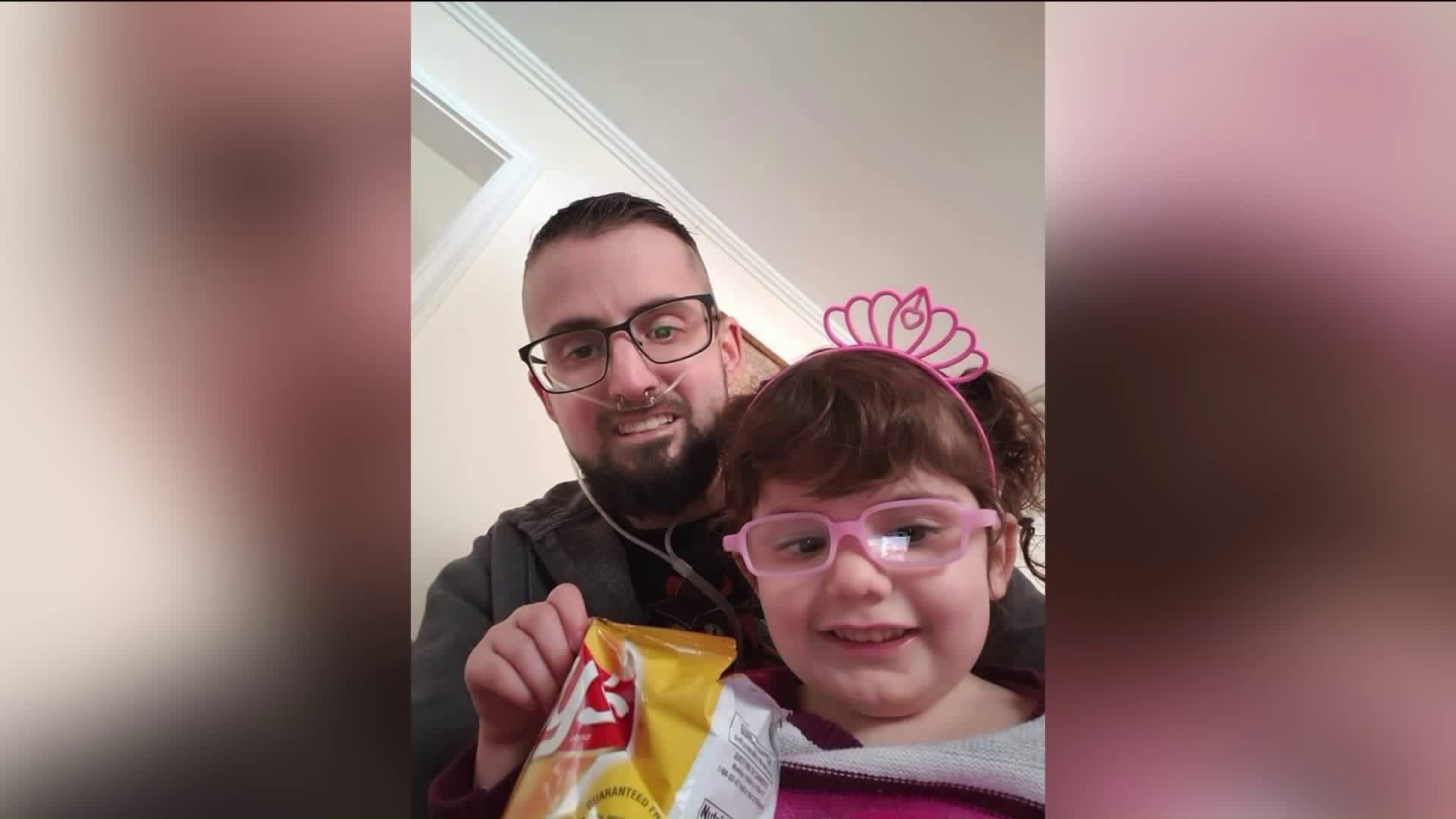 NEW HAVEN- A Connecticut father of two young children is now fighting for his life after he was diagnosed with a fatal lung disease.

Thirty-one-year-old Donn Kovac has been battling health issues since he was thirteen. He was recently diagnosed with interstitial lung disease and now depends on an oxygen machine 24/7.

Donn is on the list for a double lung transplant at New York Presbyterian hospital and could be on the list for up to two years. He said his biggest motivation to keep fighting are his children, four-year-old Harley and five-year-old Dexter.

“I can’t carry the kids around, it's really tough to pick them up without being out of breath, I tell them I'm sick I'm just trying to get better,” Kovac said.

The East Haven native had to quit his full time job and move back in with his parents this year as his condition worsened.

He can only bond with his children on the weekends and explained even that is a struggle. He now spends every single day waiting for that life-saving phone call.

“It feels like a race against time because you’re not getting any better you’re only getting worse every day,” Kovac said.

The family is hosting a fundraiser to raise money to help cover Donn’s medical expenses on November 24 at Vazzy’s of Stratford. You can learn more about Donn’s story here.