HARTFORD — Connecticut’s top prosecutor says he does not recommend removing a state attorney who has not completed investigations into four police-involved shoo... 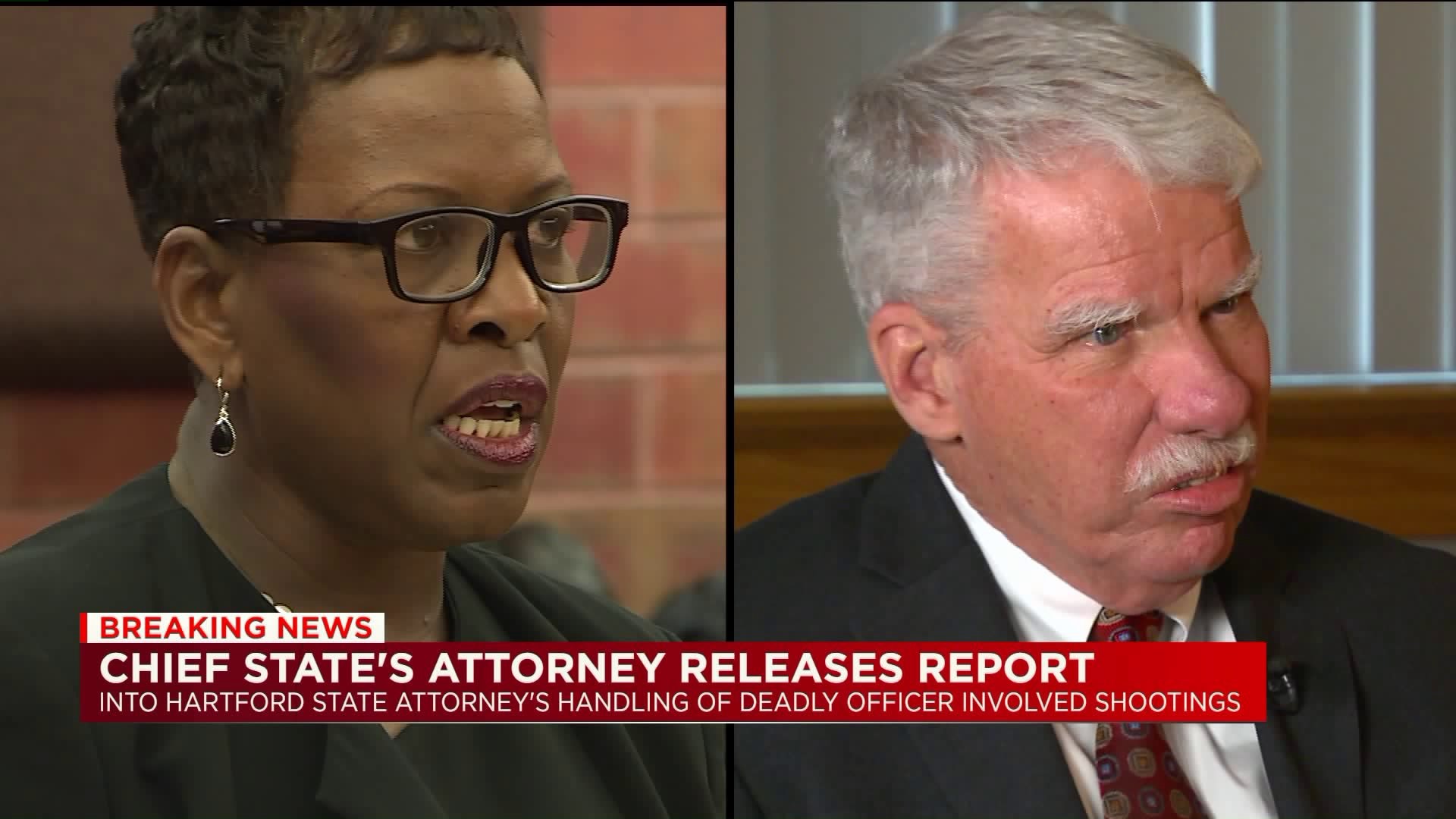 HARTFORD — Connecticut’s top prosecutor says he does not recommend removing a state attorney who has not completed investigations into four police-involved shootings but says the commission that oversees prosecutors should meet with her to address the issue.

Chief State Attorney Kevin Kane in a report released Wednesday said Hartford State’s Attorney Gail Hardy is “honest and conscientious,” but says she should meet with the commission to explain what remedial steps are being taken and so the panel can consider whether a suspension or reprimand is warranted.

The Hartford Courant reported last month that Hardy hasn't completed, as required by law, reports on whether police were justified in killing four men between March 2008 and July 2012.

Hardy has apologized and said the reports are nearing completion.

The ACLU released a pointed response calling the whole report a "farce."

"Prosecutors should be using their roles to hold police accountable when they hurt or kill people, yet State’s Attorney Hardy has let cases of deadly police violence languish for years, and Chief State’s Attorney Kane has let her," said ACLU of Connecticut  Executive Director  David McGuire.

Read the full report below: